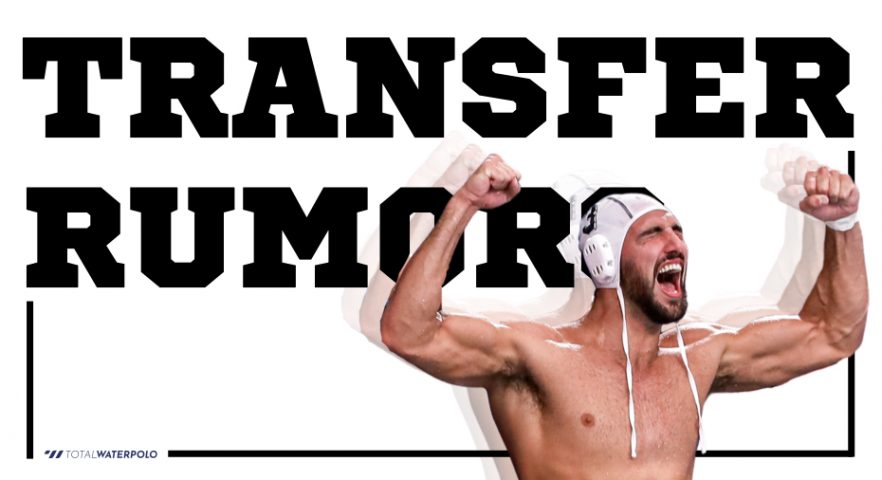 The season in the club’s competitions is near an end. Some national championships have already finished, and some will end soon.

But, many of the best European clubs have already composed their rosters for the season 2022/23 or have reached agreements with some of the newcomers.

Perhaps the transfer window won’t be as exciting as last year, but there will be interesting arrivals and departures.

Of course, almost none of the clubs hasn’t revealed its plans. It’s expected that most of the clubs will present their teams for the new season and reinforcements in the first two weeks of June, between the end of the Champions League Final Eight and the start of the World Championships. However, as usual, many rumors about transfers have been circulating for a while. We picked up some information from reliable sources.

As for now, there haven’t been many rumors regarding Pro Recco. There will be minor changes on the roster of the European champion, which lost several great players last summer (Mandic, Bijac, Dobud), but excellent replacements arrived immediately (Zalanki, Del Lungo, Loncar). For now, looks like Matteo Iocchi Gratta (best scorer in Junior WC in Prauge, currently plays in Savona) could be joining Sukno’s team this summer.

Ferencvaros, won silver in the 2021/22 Champions League and has big plans for the next season. It’s likely that they want to bring couple of excellent players. Greek Stylianos Argyropoulos, who plays for Jug, was, reportedly, targeted by Pro Recco and Ferencvaros, but, as things stand now, he will move to Hungary. After one season spent at Jadran Split, Konstantin Kharkov is also target by Ferencvaros, but Vasas also expressed their interest for the left-hander.  Viktor Vadovics (Vasas) and Adam Nagy (Szolnok) are almost a done deal for FTC.

If leftie Konstantin Kharkov, who debuted for Croatia recently, arrives at Ferencvaros, he will be a replacement for an experienced Marton Vamos. Allegedly, Vamos already made an agreement with Olympiacos, and if rumors come true, the Piraeus-based team will have three excellent left-handed players on the roster – Filip Filipovic, who signed a 2-year contract last year, Montengrin Djuro Radovic and Vamos. Alex Papanastasiou is also

Szilard Jansik might leave Ferencvaros along with Vamos. Marseille, which has achieved great results in the Champions League this season, aims to bring Jansik, along with Russia’s Ivan Nagaev (Waspo Hannover).

Nagaev won’t be the only player who might leave Hannover. The German Cup winner, which reached the Champions League Final Eight for the second time in a row, will have to renovate the team. A veteran Julian Real plans to retire after the Final Eight. Besides Nagaev and Real, several experienced players are at the exit door – Croat Petar Muslim, Montenegrin Darko Brguljan (both should go to Primorje Rijeka), Dutch Jorn Winkelhorst, and Germany’s goalkeeper Moritz Schenkel (ASC Duisburg).

Hannover’s biggest rival, Spandau 04, is looking for a new head coach. Petar Kovacevic has an offer from Tourcoing Lille, and, as things stand now, he will move from Berlin to France. The top candidate for his position is Zivko Gocic, currently Szolnok’s head coach.  Beside the new coach, Tourcoing also plans to build competitive roster, starting with Montenegrins Stefan Vidovic and Aljosa Macic.

There will be a few departures from and arrivals at Barceloneta. As mentioned, Alvaro Granados is close to Novi Beograd, while a 42-year-old goalkeeper Dani Lopez decided to end his career. Lukas Duric will probably also leave Barceloneta, but he will stay in Spain and join Terrassa. It’s very possible that Spain’s center-forward Roger Tahull will return to Barceloneta after two seasons spent at Barcelona. Sources say that rising Montenegrin superstar Dusan Matkovic (Primorac) will also join Barceloneta.

Lopez isn’t the only great Spanish legendary goalkeeper who won’t play after this season. Inaki Aguilar (39) said goodbye to water polo after winning 2nd place with Barcelona in the national championships. It’s yet to be seen who will replace Aguilar. Barcelona’s reinforcements are, according to rumors, Oscar Asensio (Barceloneta) and Luca Cupido (Camogli).

Bodegas and Kandic to play for France

There have been more and more transfers between the national teams. Two players have changed their sports passports in the last few months. Former Russia’s Konstantin Kharkov already debuted for Croatia. Belarusian Kanstantin Averka has been allowed to play for Montenegro. The series of the news regarding these kinds of transfers in 2022 hasn’t finished yet.

The national team of France will be stronger as center-forward Michael Bodegas and goalkeeper Slaven Kandic will play for the hosts of the 2024 Olympic Games.

French-born Bodegas played for Italy between 2015 and 2021. Last year he returned to Marseille (from Barceloneta). Since then, it has been rumored that he would play for France again.

Kandic has been playing in the French League since 2019 (he is a member of Pays d’Aix).

Neither can play for France at the World League Super Final in Strasbourg in July. According to the FINA rules, a player can get permission to change sports citizenship at least one year after the last match for the previous national team. Bodegas’ last match for Italy and Kandic’s for Montenegro, respectively, was the 7th-place game at the Olympic Games, played on August 7, 2021, when Italy beat Montenegro after a penalty shootout (18:17).

But, France’s head coach Florian Bruzzo will count on them at the European Championships in Split.