Water polo in Chile: Children are priority in “Land of poets” 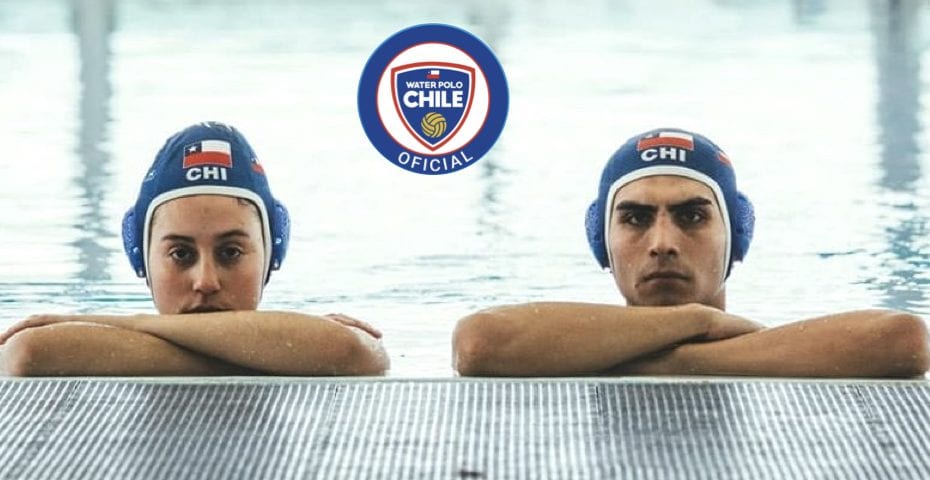 Chile, the country between the Pacific Ocean and the Andes, is shaped like a thin strip.  The phrase “the land of poets” is often used to describe Chile because this country has valuable poetry tradition Chile is the homeland of two winners of the Nobel prize for literature (Pablo Neruda and Gabriela Mistral).

Chile hasn’t been very famous for water polo, but a few months ago a good idea that can be very important for the promotion of water polo worldwide, was born in Chile. We already wrote about the “International Alliance of Water Polo Clubs” and the joint training of more than 100 clubs, by the participation in the videoconferences. Total Waterpolo supported that initiative and helped the Alliance in the promotion of the idea. Also, we connected the Alliance with some of the water polo stars, like Felipe Perrone, who have taken part in the online training.

Ricardo Henríquez Castroman, a coach of the club Orcos from Santiago, is a creator of the “International Alliance”. He played water polo in the ’70s and the ’80s. He was a part of the Chilean national team, while he started working as a coach in 1983. He led the club Club Stadio Italiano from 1983 to 1999. Since 2002, he has been Orcos’s coach. He also worked as the national team’s coach and was the National Water Polo Coordinator of Chile.

In an interview with Total Waterpolo, Castroman presents the Chilean water polo.

How many water polo clubs are there in Chile?

“About 400 men and about 140 women are registered in the Federation as water polo players.”

What is the system, how many games are played, and in what period?

“There are three official forms of competitions, not counting those that each club organizes independently – national championships, competitions in the Zones North and Central, and invitational tournaments.”

The season in the regional leagues starts in April and ends in November. Four male senior teams and four female senior teams take part in the Northern Zone. As for younger categories, only a mixed U16 class will be implemented this year. The number of clubs in the Zone Center is bigger than in the Zone North. Nine male adult teams are competing in this region, five adult female squads, then four U18 women’s, five U18 men’s teams, six U18 male teams, and seven U14 mixed teams (boys and girls).

The national championships are played between December and March.

“There are six Chilean championships. We have male and female senior championships, junior U18 championships for both categories, U16 male and U14 mixed championships. Besides, four invitational tournaments are in the calendar: Copa Italia, Copa Reginato (the host of both tournaments is Stadio Italiano in Santiago), Copa DPA in Valparaiso (host is Deportivo Playa Ancha), and Copa Jorge Mella, which is organized by the club Greenland Santiago.”

What are the sources of water polo clubs’ funding – the government, local governments, sponsors patrons?

“Most of the incomes come from membership fees. With these gaining the clubs pay coaches’ salaries, purchase sports equipment and, in some cases, the clubs pay the rents for using the swimming pool. The Chilean Federation of Aquatic Sports (FECHIDA) finances the national teams. There are no sponsors. Only for the tournaments organized by the clubs, it is possible to have sponsors.”

Do water polo players of the clubs that compete in the First League earn salaries?

“Water polo is an amateur sport in Chile. The players do not receive wages, but they must pay a participation fee to train and sometimes to compete in the national league.”

How well is water polo covered in the media in comparison with other sports?

“In the capital, Santiago de Chile, media coverage is poor. However, that is not a case in smaller cities. Water polo is more promoted in these towns when the tournaments are played in these cities, especially a national competition. Professional soccer has all the attention, and, to a lesser extent, tennis is covered. Other sports don’t have a good promotion in the media.” 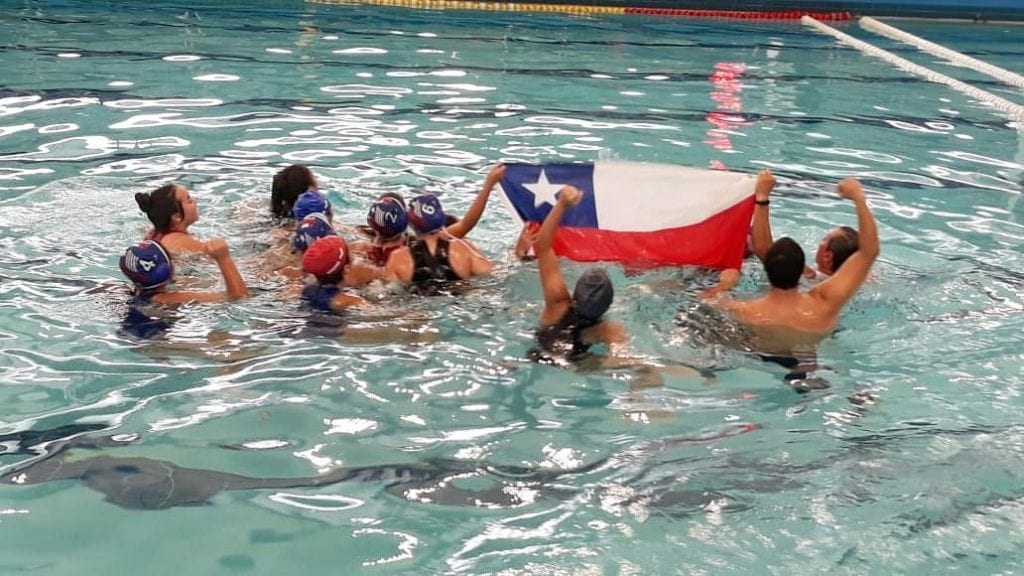 What could be improved in the future?

“Several things should be improved. In the first place is the base of the clubs and players. I think that if we succeed in that, we will improve everything. The number of clubs has increased since 2014, especially in junior and youth categories. Then, the infrastructure for water polo practice has to be improved. We need more pools. In the end, the big step further would be the participation of all of the clubs at all of the tournaments that are organized in Chile.”

What about water polo for Chilean women?

“Women’s water polo has existed for many years, but it was always considered a low level. In the last five years, women’s water polo has been consolidated, as the number of clubs increased. Earlier, all clubs played in one category (female adult). But, in 2019, the U20 national championships for the girls was held. In January, the U19 national championship was played, while the U19 championship was scheduled, but it was canceled due to the pandemic. There are also a lot of girls younger than 13 years. Still, none of the teams hasn’t enough players to form a U13 team. But, each of the clubs with the U14 team has at least three or four girls in that category.”

“There have been two beach water polo tournaments. One is played in northern Chile. This year, 10 teams took part. Another competition is played in the city of Coquimbo. Mini tournaments are played on each day of the league. They are called “Festivals”. Players younger than 11 years take part in these festivals.”

How do you organize competitions for junior and youth players?

“It is organized in the local leagues and in the national competition. The most important goal is to have as many clubs as possible. In 2019, nine teams played at the U14 national tournament. Also, there are the championships for U11, U14, U16, and U18 players.”

Do you have any specific rules for children, such as the 5-meter free-kick and a smaller ball?

“Indeed, the junior and youth categories play with different rules, and with ball number 3 or number 4, depending on age.”

How often do children train?

“That depends on each club and the availability of swimming pools. In general, the kids train three of four times per week.”

Do these clubs take part in international (friendly) tournaments?

“Some of our clubs organize international tournaments with teams from Peru, Argentine, Uruguay, and Brazil, the countries which are closer to Chile. Also, some of the Chilean clubs travel to competitions in the mentioned four countries.”

Can you name some young Chilean talents who can have international careers in the future? 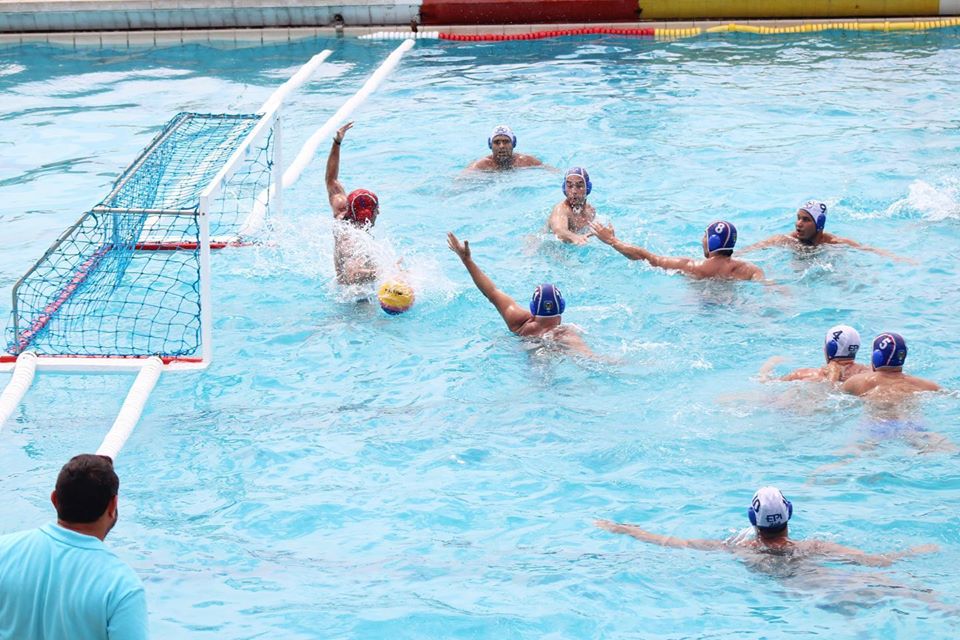 Can you, in brief, summarize, the general picture of Chilean water polo?

“In the last five years,  our water polo has grown notably. It is almost mandatory to have a competition for younger categories during the league tournament”

How many referees do you have in Chile?

“We have at least two FINA referees. Generally, there is a lack of referees in Chilean water polo, and education is necessary.”

Have you adopted the new rules?

“Yes, we play with new rules.”

What are the major plans for the future?

“We want to increase the base in men’s and women’s water polo and create a massive school with children born in 2008 and later.”

Thank you for your time and we wish you all the luck in the efforts to grow in Chile!
You can follow Waterpolo Chile on Facebook and Instagram for more details.