A final conclusion for 2018 NCAA Championship comes straight from Los Angeles, from our partner Tony Karaman.

In a defensive battle for the 2018 NCAA Championship, it was the top-seeded host USC women’s water polo team that had the hot hand when it counted.

Sophomore Denise Mammolito’s third goal of the second half was the decider, although a huge 10th save from goalie Amanda Longan would help secure things late in the fourth as the Trojans locked up their sixth national championship with a 5-4 victory over No. 2 seeded Stanford today at the Uytengsu Aquatics Center.

With USC’s 16th straight win of the year, the Trojans claimed the university’s 105th NCAA team championship and the sixth for the USC women’s water polo program. It was USC’s second NCAA title in three years and improved the 2018 Trojans to a final 26-1 overall record. It was head coach Jovan Vavic’s 15th national championship as a head coach at USC, with six titles won by the USC women and nine by the USC men — all under Vavic’s watch.

At the close of the tourney, USC’s junior goalie Amanda Longan was named the NCAA Tournament MVP. 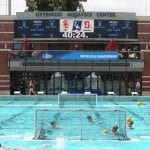 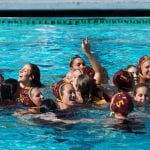 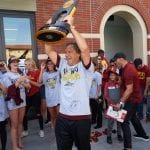 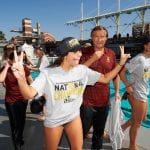 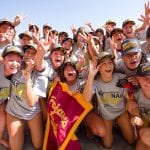 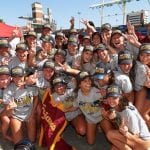 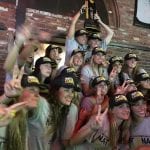 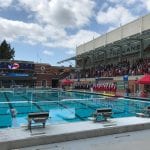 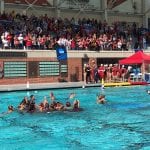 Brianna Daboub: “To have four years to look forward to this moment, this is truly incredible for me to go out with my best friends, my seniors, especially in our own pool. It’s incredibly emotional. I feel … awesome.”

Jovan Vavic: “This is the most competitive group I’ve ever had. And not necessarily the most talented. They all want to win as badly as the coaches do.”