2022/23 Champions League draw made in Split: Recco to face Barceloneta and Olympiacos 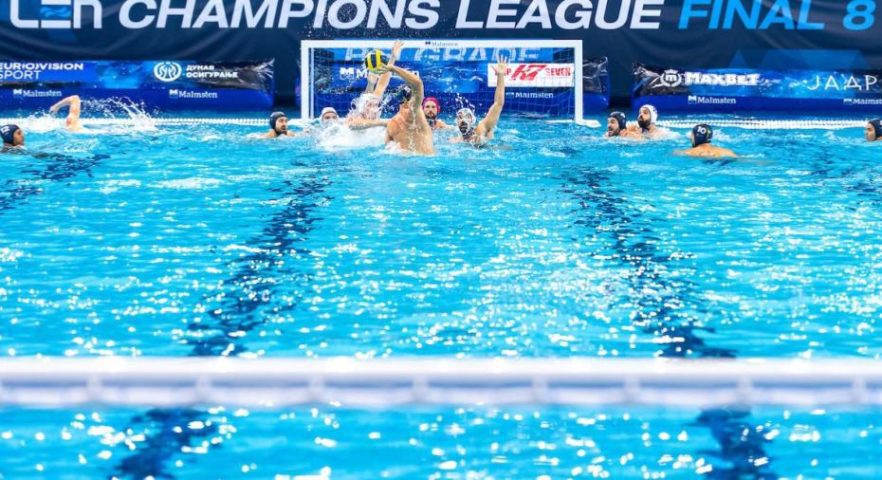 The draw for the 2022/23 Men’s Champions League was made today at the Spaladium Arena in Split, on the eighth day of the European Championships.

Twelve ‘Wildcard’ teams (those that are invited to play) have already qualified for the tournament proper, with four additional berths reserved available through the qualification rounds. The qualification rounds take place over the 29th September-2nd October in the Netherlands, Romania, Montenegro and France.

Pro Recco. the reigning European champion will play in Group A, and its main rivals will be Spanish champion Barceloneta and Olympiacos.

Compared to the previous season, the list of the wild-card holders is slightly different. Spanish Sabadell replaced Steaua Bucharest. which returned its wild card. Sabadell is in Group B.

It was also drawn that Group A would play on the  Tuesday/ Friday schedule, while Group B will be on the Wednesday / Saturday rotation in the first half of the season. After the 7th round, the matches in Group B will be played a day earlier, on Tuesdays and Fridays.

The first round will be played on November 15/16. The derby will be an encounter between Pro Recco and Olympiacos, which had a very unsuccessful European campaign last season since failed to reach the Final Eight..

The real quality of the groups will be known after the third qualification round when the four qualifiers will join the wild-card holders.

A total of 26 teams will play in the qualifications. Eighteen teams will start in the first phase (September 29 – October  2). The draw for this stage was made a few weeks ago

The top two teams from each group will advance to the second round.

Besides the eight teams which will advance from Round 1, the best-ranked teams of the federations having wild card holders will play in Round 2.

The 16 teams will be split into four groups of four clubs. The 1st-placed and 2nd-placed will qualify for Round 3.

In the third round, the clubs will face in four duels on a home-away basis. The four winners will qualify for the Preliminary Stage.