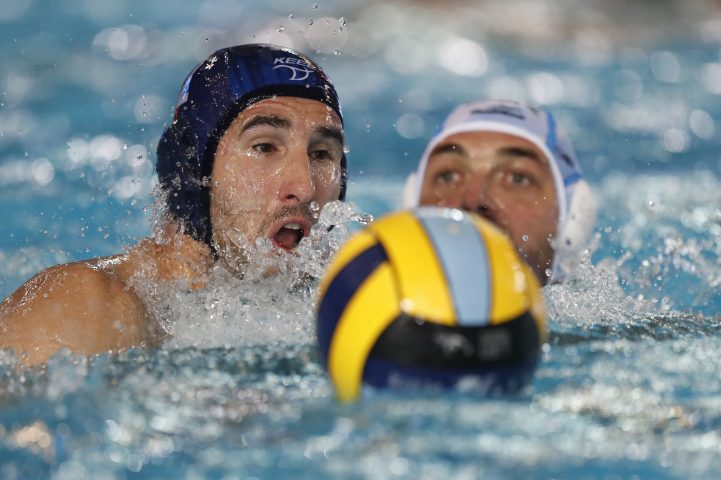 Novi Beograd and Pro Recco will face off in the Champions League final in Belgrade tomorrow (19:30 CET)

For the first time since 2018, a host of the Final Eight will play in the Champions League final.

Novi Beograd defeated Brescia in an exciting semifinal game (14:13) and booked a ticket for the gold-medal match.

Since the current F6/F8 format was introduced, home teams played in the final just twice – Barceloneta won the trophy in 2014, and Recco finished 2nd in 2018.

The second final wasn’t so exciting. Pro Recco beat Ferencvaros 10:7. The rivals were in a neck-and-neck race until the middle break. Recco dominated in the third period, building a 4-goal advantage, and secured a solid victory. convincing victory.

Tommorow Pro Recco will play for its 10th, and Novi Beograd for 1st Champions League title in history.

Novi Beograd trailed for most of the time of an exciting game, but the hosts managed to turn a match in their favor in a thrilling finish. Brescia led in the first three periods. However, the Italians never had a 3-goal advantage. The man of the match Angelos Vlachopulos scored a last-gasp goal with 0:05 remaining on the clock and sent Novi Beograd to the final. Last year, Vlachopoulos won bronze at the Final Eight, playing for Brescia. 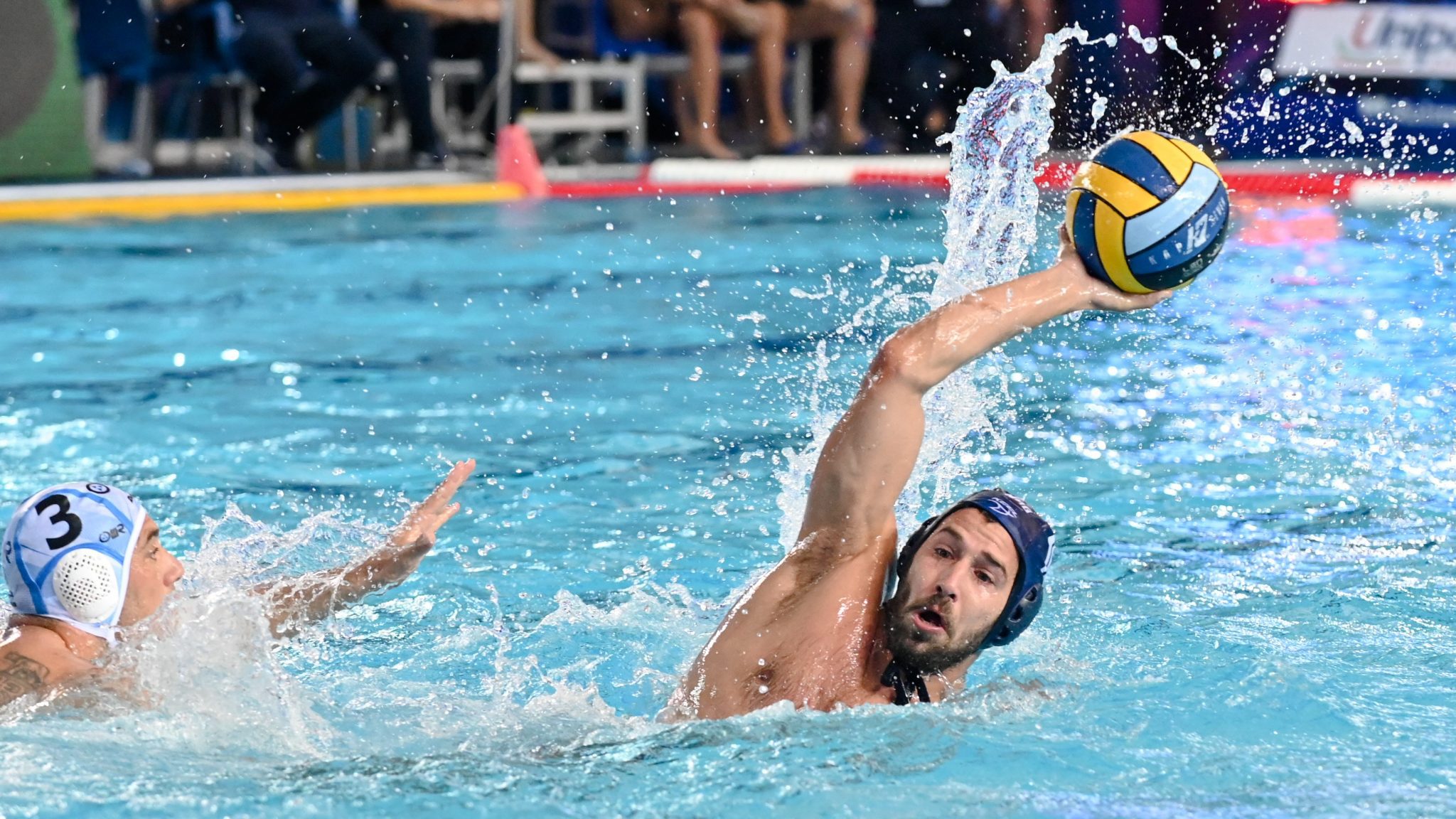 The hosts started taking control after the first break. In the middle of the second period, Dusan Mandic netted a brilliant backhander to level at 4:4. However, Brescia re-earned a 2-goal lead quickly. Vincenzo Renzuto Iodice scored from a counterattack, while Djordje Lazic sent the ball into the net from a close range for 6:4. A minute before the middle break, the hosts leveled again (6:6 – Vlachopoulos with an extra man). Just ten seconds after, Edoardo Di Somma put away Brescia’s extra player – 7:6. Still, 33 seconds before the end of the half, Novi Beograd earned a double man-up. Djordje Vucinic took responsibility and made it 7:7.

Brescia took a one-goal lead three times in the third period. Novi Beograd leveled at 8:8 and 9:9, but it had no response after Olympic champion Djordje Lazic gave Brescia a 10:9 advantage (48 seconds before the end of the period). During the third quarter, Novi Beograd left without two defenders – Radomir Drasovic (an exclusion with substitution) and Radomir Drasovic (3rd personal foul).

After a quick exchange of goals in the first three minutes of the fourth period, it stood at 11:11. Then, both teams missed a few chances. Three minutes and 35 seconds before the end, Angelos Vlachopoulos scored from a distance, and Novi Beograd went in front for the first time – 12:11. Stefano Luongo leveled at 12:12 immediately. But, Novi Beograd earned a double man-up in the next possession. Nikola Jaksic converted a 6 on 4 to a 13:12 lead (02:08 left on the clock).

Novi Beograd the final minute with a minimal 13:12 lead. Brescia’s coach Alessandro Bovo called a time-out at 00:39 to set up a 7 on 6 attack. He sent goalkeeper Petar Tesanovic in the attack. It was a great move. Tesanovic found a good position, he scored from seven meters to level at 13:13 with 22 seconds left on the clock. 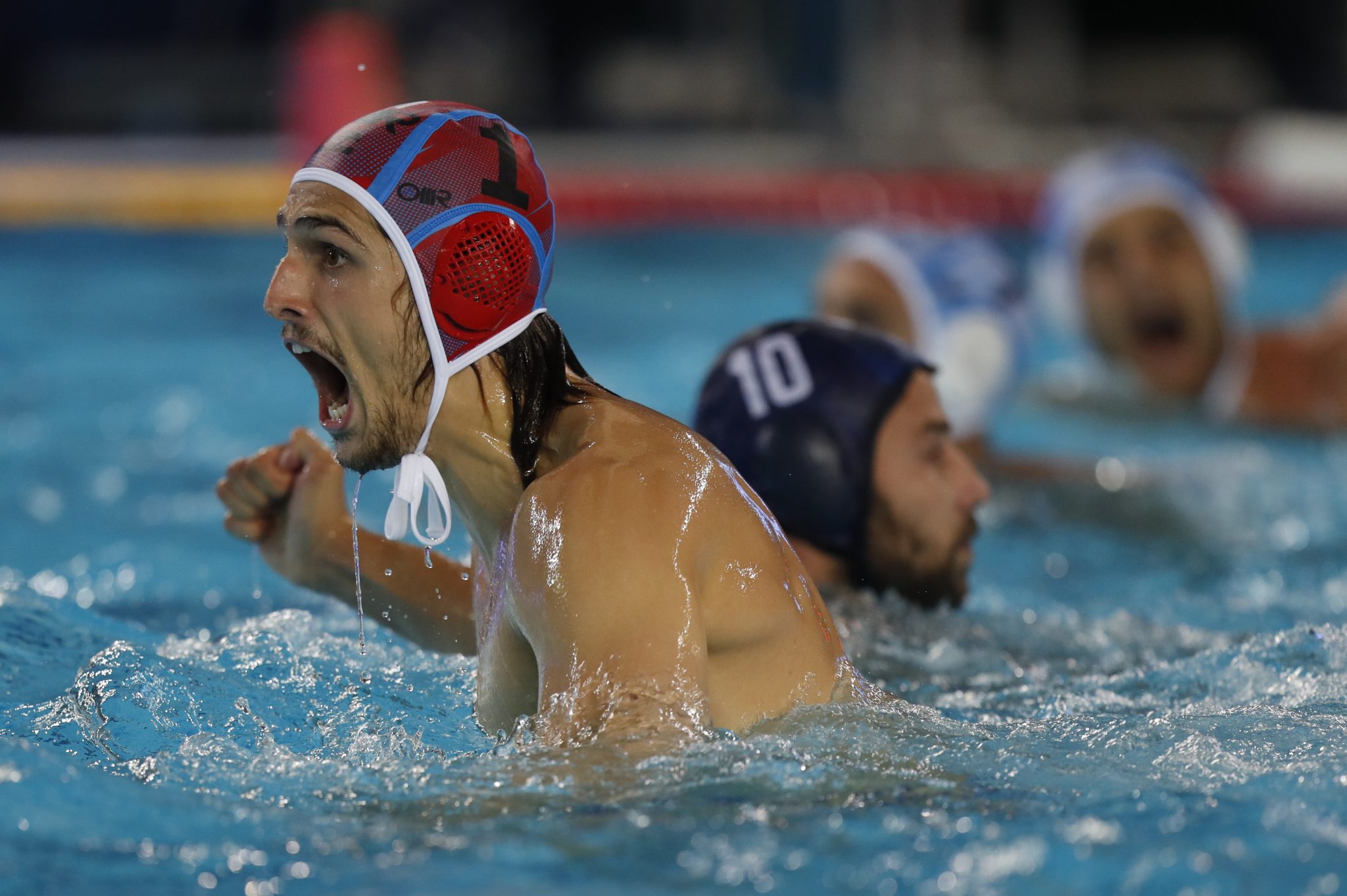 It seemed that the drama would end in a penalty shootout. However, just five seconds before the end, Angelos Vlachopoulos made it 14:13. He shot from the perimeter, Tesanovic touched the ball, which passed just under his hand , and Novi Beograd qualified for the final. The pool exploded.

“At the middle break, I told my players that I was extremely happy with a 7:7 score. We made too many errors in the first half, we played completely oppositely of what we agreed on. Despite all these mistakes, we were still in the game. In the end, the great courage of my players was a decisive factor for the outcome. I am privileged because I am part of this team. I congratulate all of them, especially captain Dusan Mandic. However, we made too many mistakes in the semifinals. We have to make a detailed analysis of the semifinals and prepare well for the final.”

“We played much better against Marseille yesterday than against Brescia today. Still, we managed to win. However, there is no celebration, we will have to prepare for the final against an excellent opponent. 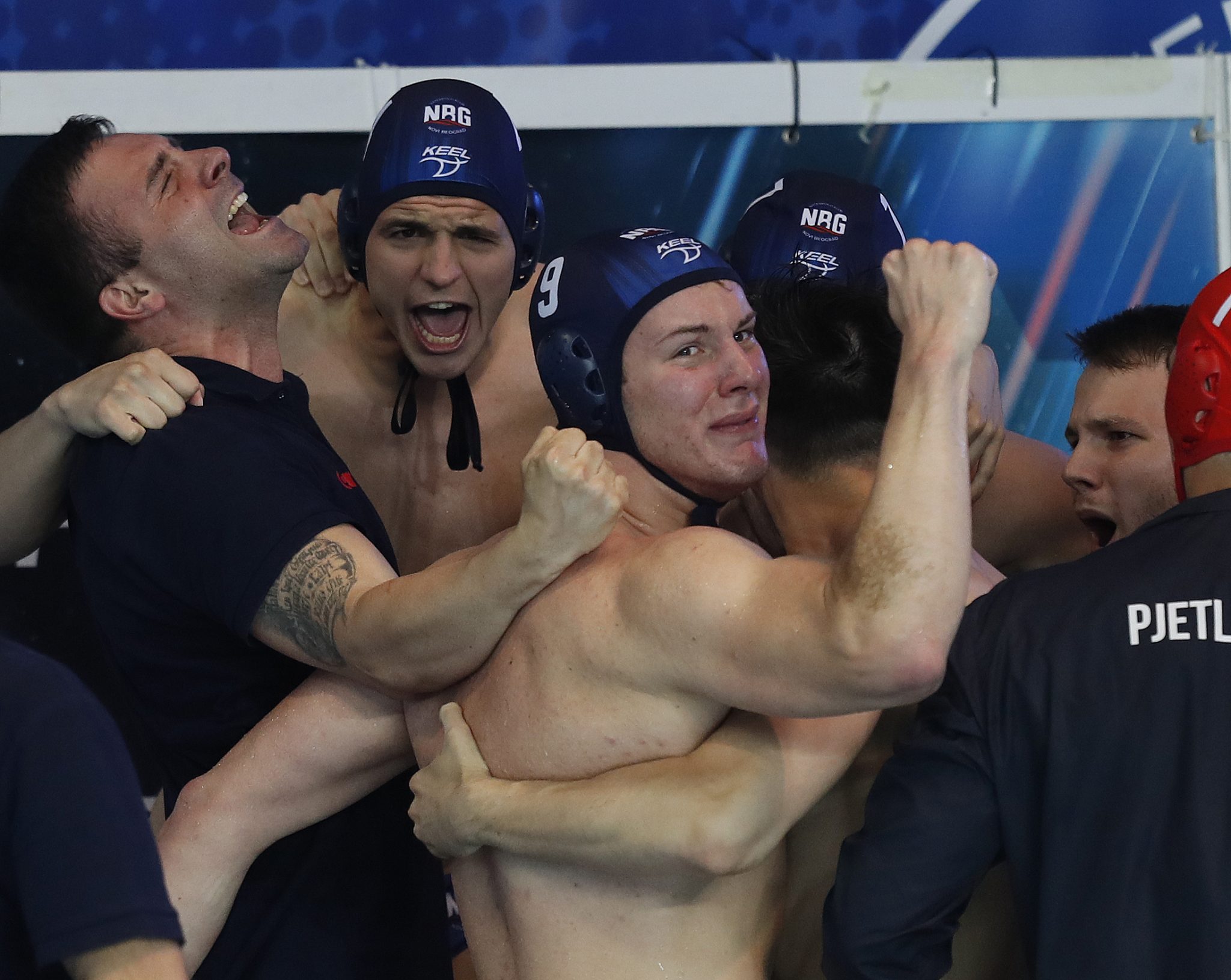 “This was an incredible game. It was entertaining for the fans, but not for me as the head coach of the team that was defeated. Physically, it was a very demanding game. We played well in some parts of the match, but our defense wasn’t on a level as we expected. It was very hard to play against the hosts.”

“We were a better team for most of the match, but we didn’t turn it into a win. I think that the spectators enjoyed an excellent game. I congratulate Novi Beograd, and my teammates, too. We will try to recover and get ready for the bronze medal game”

In the first semifinal, defenses weren’t as good as the coaches of Brescia, and Novi Beograd expected.
The second semifinal between the 2021 finalists was something completely different – a hard defensive battle, especially in the first half. After the middle break, Recco kept a high level of play in front of its own goal, while Ferencvaros couldn’t follow the Italians’ pace. 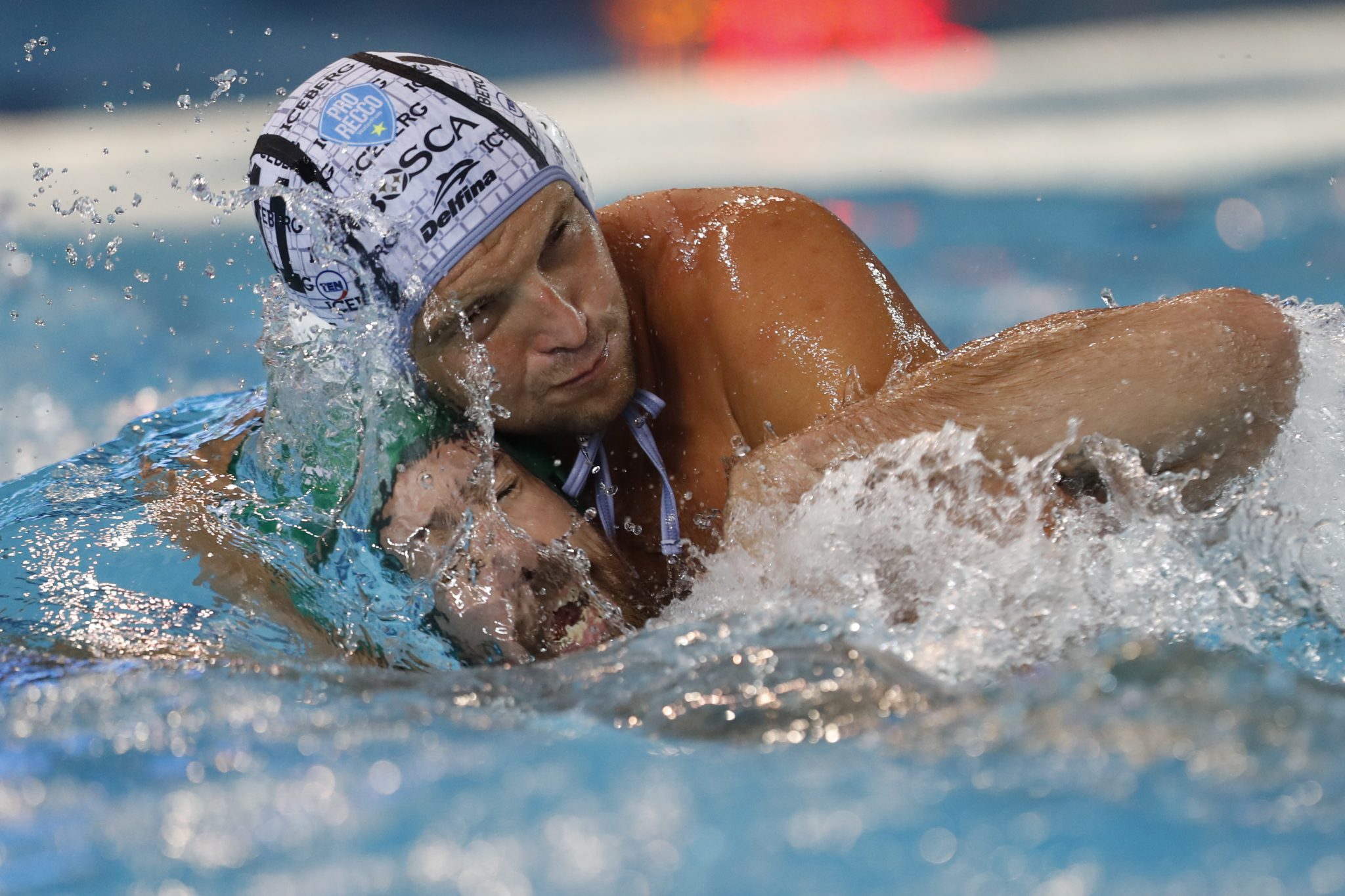 Pro Recco scored an opener in the 3rd minute (Hallock). After that, Ferencvaros kept the 2021 champion goalless for almost ten minutes. Before the first break, Ferencvaros gained a 2:1 lead.
In the 13th minute, Aleksandar Ivovic broke Pro Recco’s deadlock by converting a penalty to 2:2. Fekete gave

Ferencvaros a new lead (2:3), but the Italians responded with two goals (4:3). Ferencvaros leveled (Merkulov in the 15th minute). Still, at halftime, Recco had a slim but valuable 5:4 advantage.

Recco’s defense was superb after the middle break, like it was in the third match of the Italian playoffs final (Recco – Brescia 5:2). The title-holder opened the third quarter with three straight action goals (Loncar, Cannella, Younger) and jumped to an 8:4 lead (22nd minute). That 4:0 series proved crucial.

Ferencvaros fought hard, but Recco didn’t let the Hungarians come back. Recco even had a 5-goal advantage (10:5). Ferencvaros scored two consolation goals in the final 53 seconds for the final score.

Sandro Sukno, Recco’s coach is very satisfied with what his team has achieved so far:

“We beat two excellent rivals here in Belgrade – Barceloneta and Ferencvaros. But, we are Pro Recco and we want to win the trophy. Tomorrow, we will face the hosts. It will be a very difficult match, but we have  15 guys who are ready for the hardest challenges” 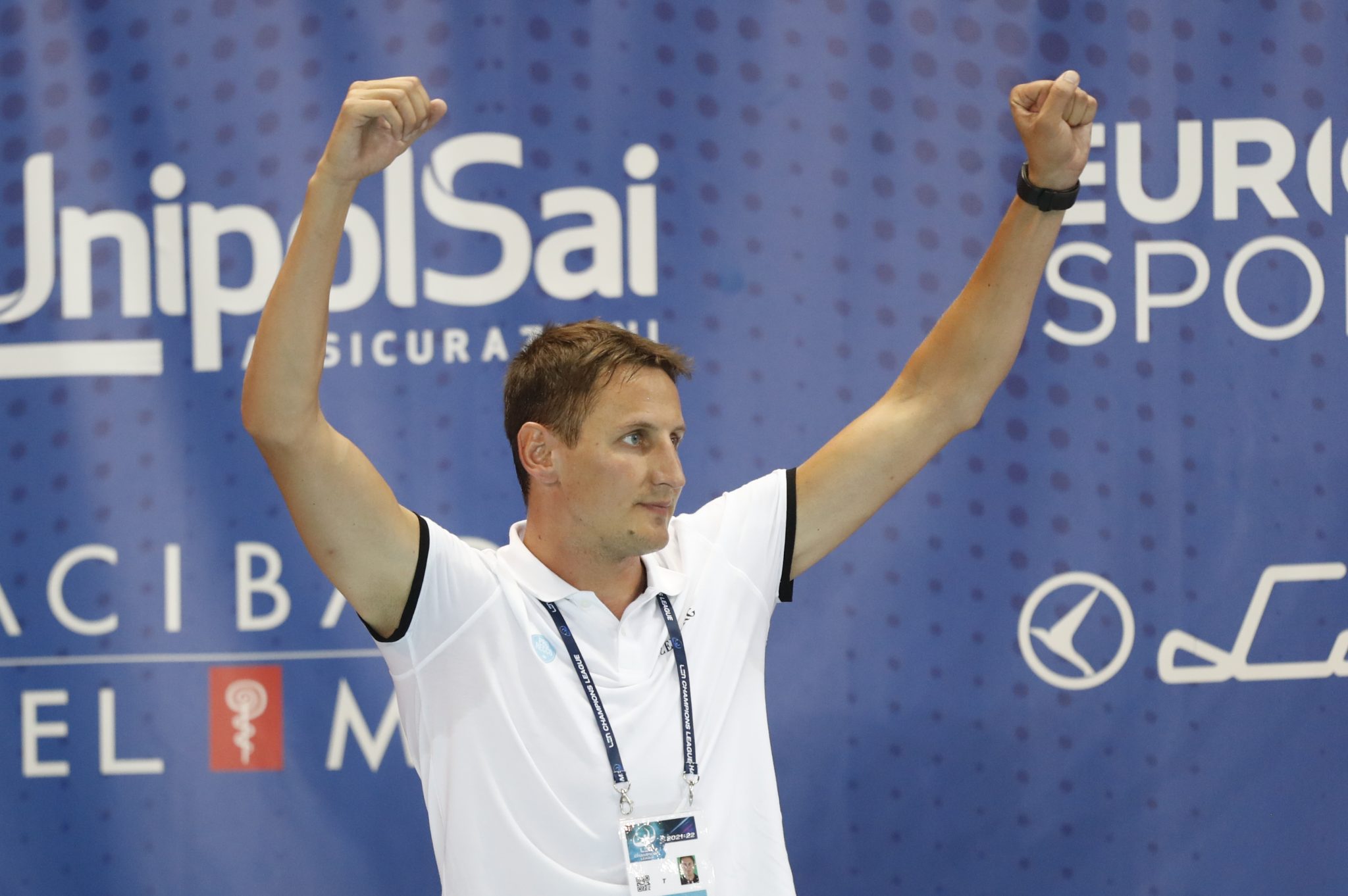 “It was a very tough game, but we are excited to be playing in the final again. Last season we didn’t play in front of a home crowd, so tomorrow will be very difficult”

“In matches against Pro Recco a team has to be disciplined from the first minute until the last buzzer. We played well for more than a half of the match, but tiny details in the third period made the difference”