Romania earns ticket for crossover round 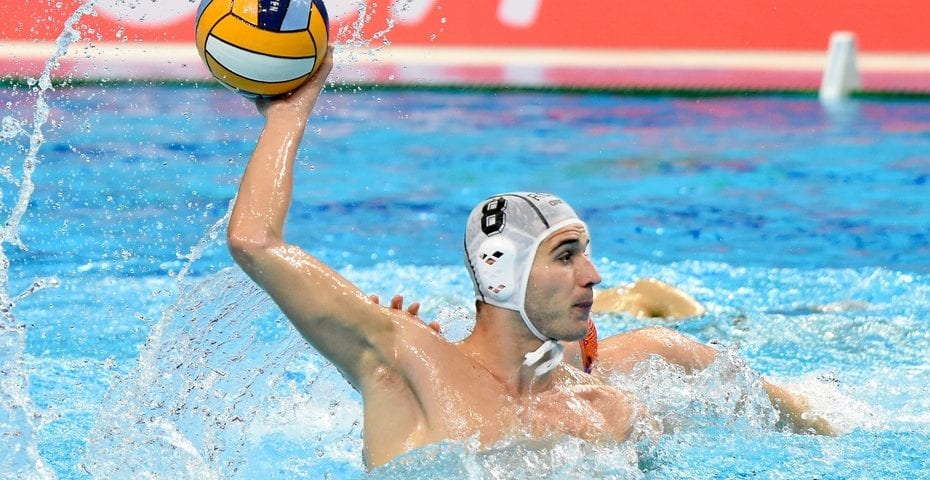 Romania is the winner of the morning/afternoon session of the last day of the group stage at the European Championships for men in Budapest.

The Romanians upset Russia today and secured themselves a spot in the crossover round. The Romanians clinched 3rd place in Group B. They will remain in 3rd place whatever happens in today’s last match (Serbia – Netherlands). But if the Dutch surprise Serbia and avoid a defeat, they will jump to the 2nd place and Russia will drop to 4th. Still, it’s hard to expect this outcome.

Spain convincingly defeated Turkey 24:7. But, the Spaniards have to wait for the result of the encounter between Hungary and Malta. Hungary needs a win by at least 20 goals to reach 1st place in Group C. Otherwise, Spain will keep the top position and advance to the quarterfinals.

Italy confirmed 1st place in Group D by beating Georgia and qualified for the quarterfinals. Greece defeated France 12:10 and finished 2nd in Group D, ahead of Georgia and France.

Romania took its last chance to reach the crossover round and climbed into the third place of the table despite it didn’t start well in today’s match.

Russia had a 3:1 lead before Romania scored four goals in a row and earned a 5:3 advantage (11th minute). Romania entered the last minute of the first half with a 6:4 lead. Then Shepelev scored for 5:6, while Kharkov had a great chance to level the score, from a counter-attack, but he hit the post two seconds before the middle break. 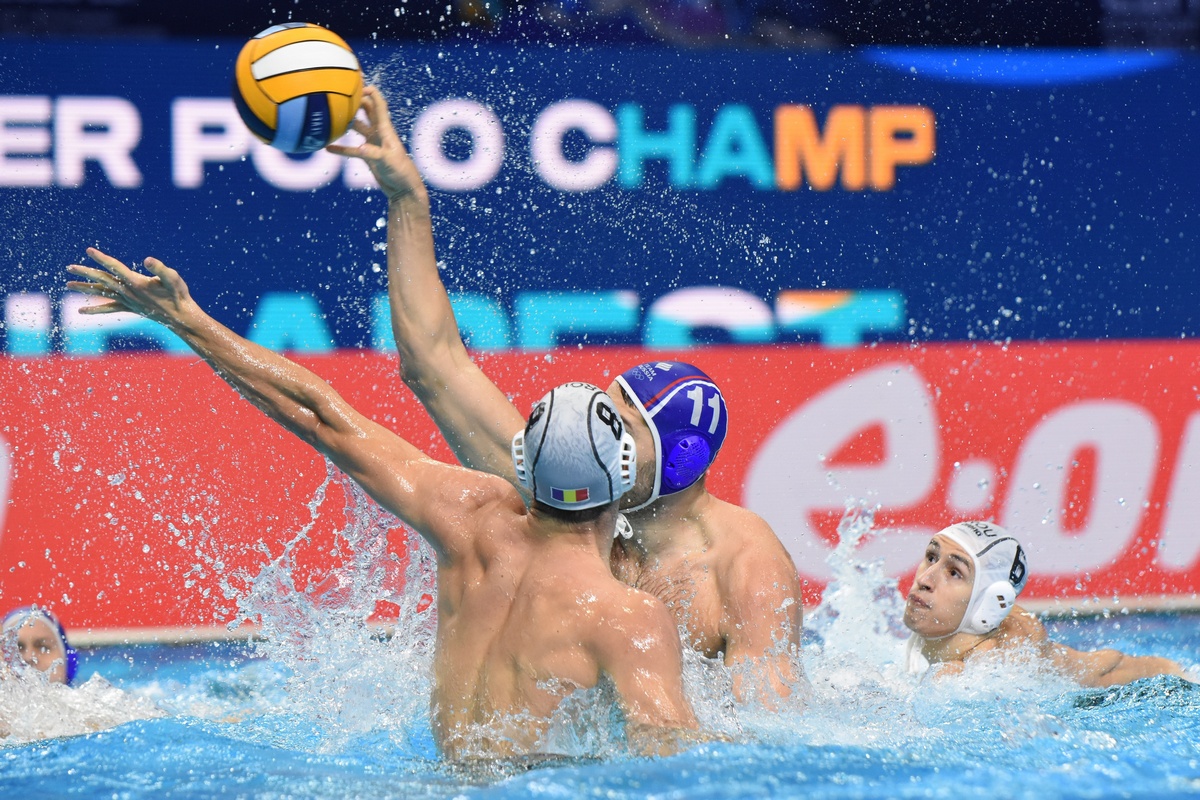 The Romanians tightened their defense in the third period and built a 3-goal lead (8:5), before the final period. In the fourth quarter, the Russians managed to come close three times (7:8, 8:9 and 10:11) but not to equalize. Their last, 10th goal came too late, 20 seconds before the final buzzer. Then, Romania called timeout and after the break kept the ball until the end. 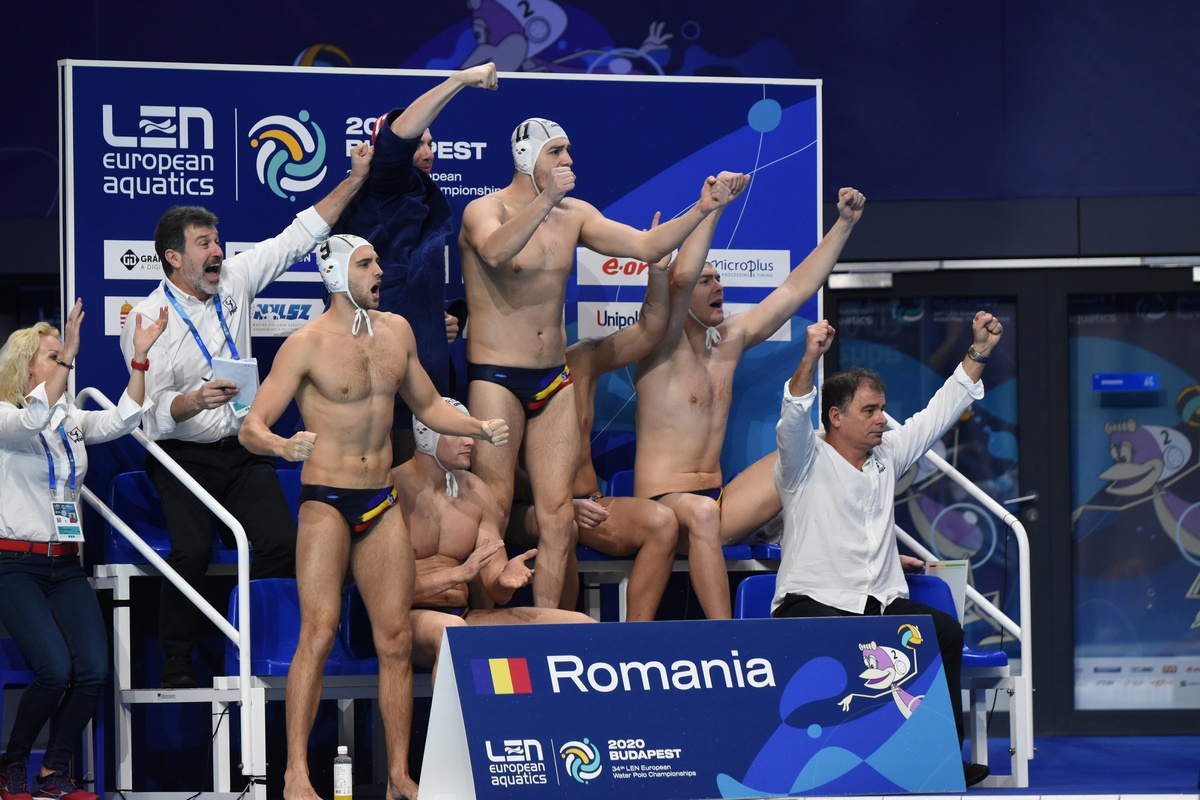 Romania, Russia and the Netherlands have collected three points each. 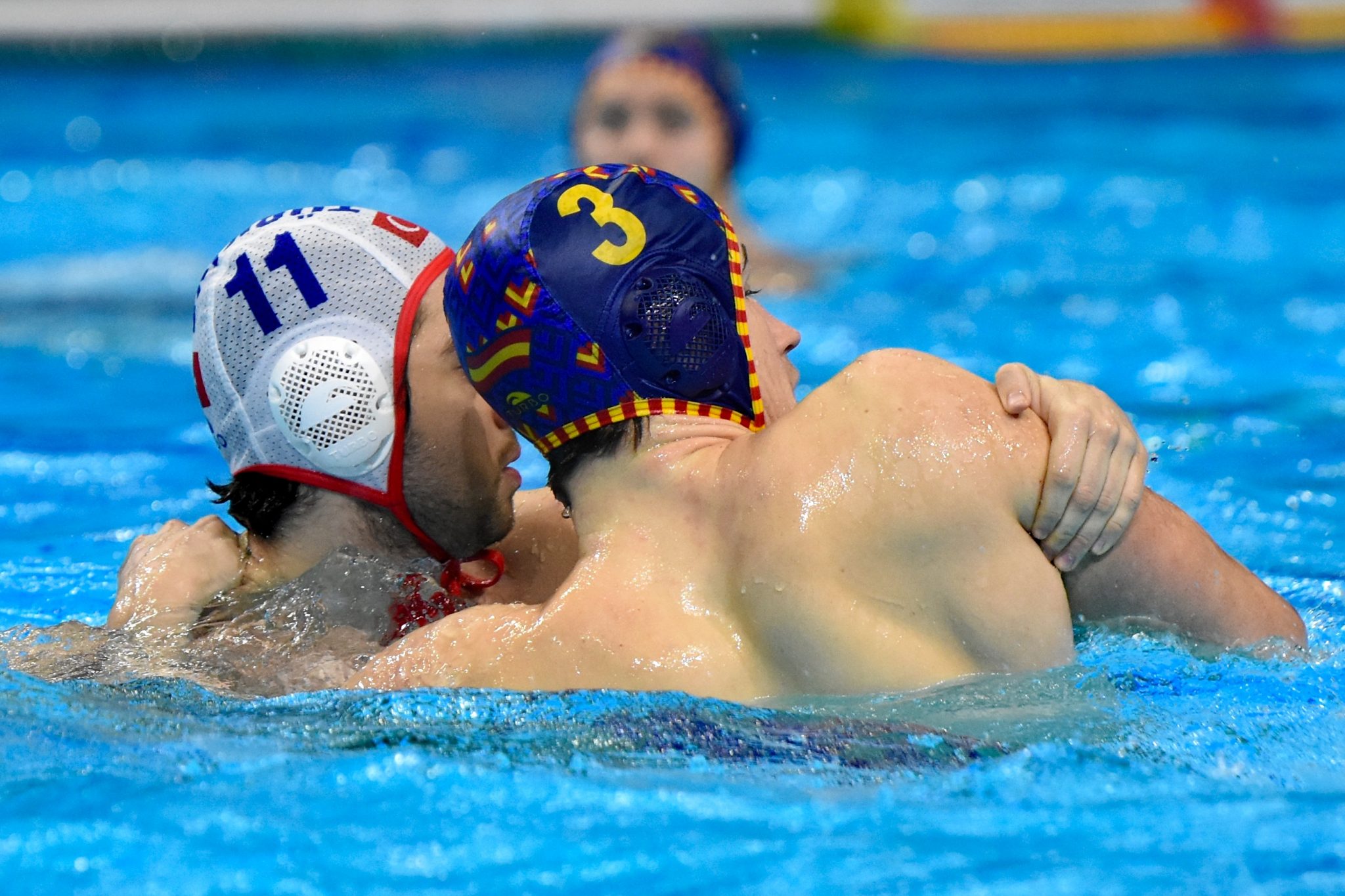 Before the game, only the Spaniards’ winning margin was in question. Nobody expected that Turkey might surprise.

The world silver medalists had to record a big win to stay in a race for 1st place in the group. But, the Turks didn’t surrender easily. They trailed only by three goals deep into the second quarter (4:7). After that, Spain broke the rival, but the final standings in the group depend on the result of the match Hungary – Malta.

Greece had a great start and rushed to a 6:1 lead by the middle of the second period. However, France didn’t give in and started climbing back step-by-step and reduced the gap to one goal in the last minute of the third period (7:8). The following minutes saw an even contest. Greece was earning a 2-goal advantage, but France responded two times. For the last time, the French trailed by a goal four and a half minutes from the end (9:10). The best scorer of the match Angelos Vlachopoulos netted two goals in a span of 55 seconds to give Greece a safe 12:9 advantage with 03:29 minutes to go. 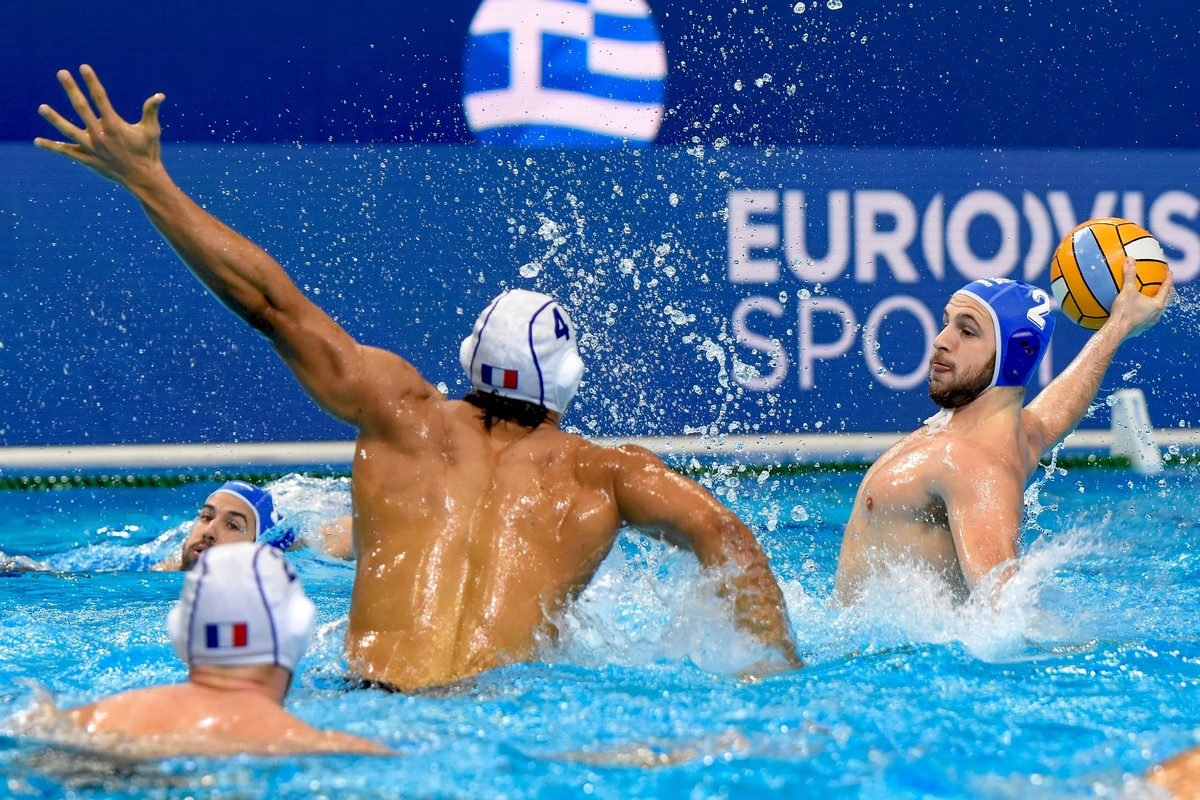 A month ago, Italy trashed Georgia (14:3) in the World League match, played in Civitavecchia (ITA). Today, the world champions dominated once more and recorded even a bigger victory.

Italy earned an opening 5:1 lead, Georgia narrowed the difference with two straight goals (3:5), but, Italy went 7:3 up by halftime. The Georgians their last goal scored 38 seconds before the last break (6:11) and they run out of gas for the final quarter. On the other side, Italy didn’t slow until the end. Stefano Luongo set the final score, by converting a penalty seven seconds before the final buzzer. 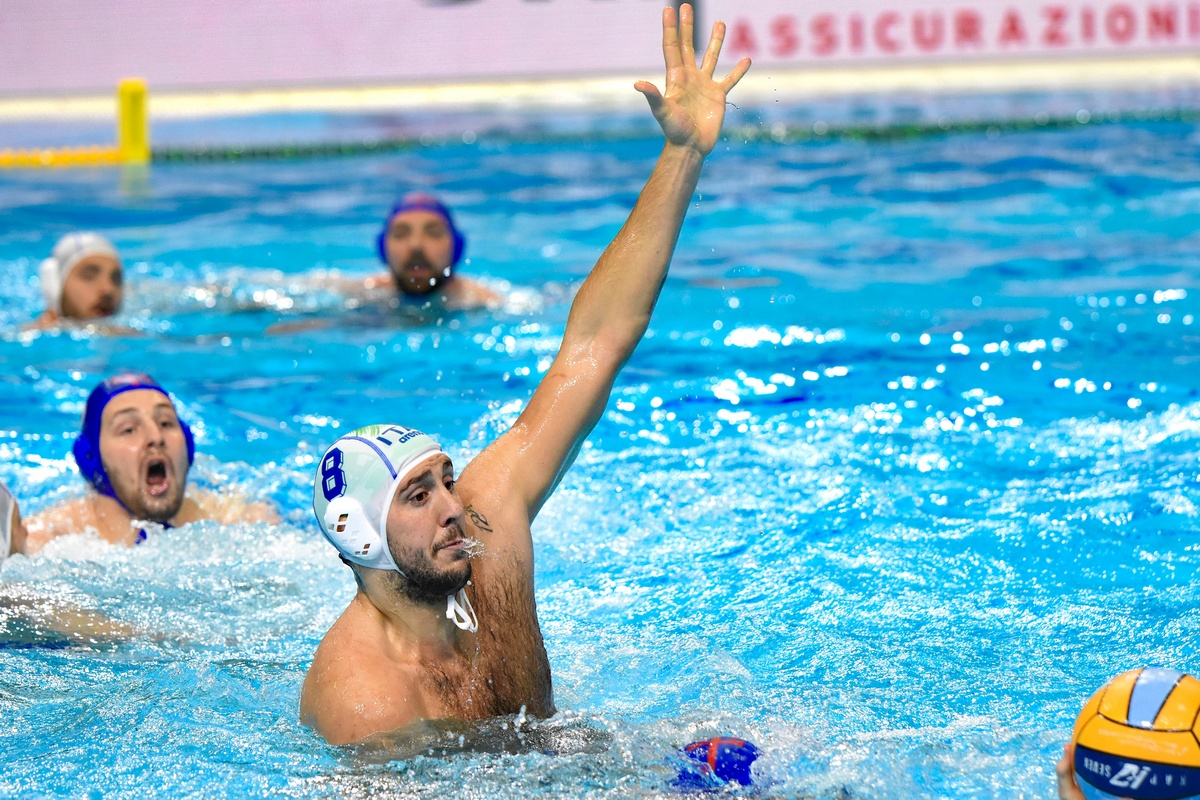 The Italians now have three days to rest and prepare for the quarterfinals where they will probably face Montenegro.

On January 22th, the matches for 13th and 15th place will be played