Olympic champion Serbia and World champion Italy will finish the 34th European Championships in Budapest with no medals.

Both teams were defeated in the quarterfinal matches of the male tournament in Budapest.

The second quarterfinal encounter was a replay of the final at the previous European Championships Serbia – Spain. Two years ago, Serbia defeated Spain after a penalty shootout (12:10). Today, the shootout also decided the winner. But, today, the Spaniards came out as the winners. After a very defensive battle in regular time, Spain celebrated a 10:9 win (6:6 regular time).

All the match’s and the players’ statistics: ITA-MNE

Montenegro dictated the pace in the first quarter. It earned a lead three times (1:0, 2:1, 3:2), but Italy equalized on each occasion. After the first break, Italy went ahead (4:3, 5:4, 6:5), but with two goals in the last two minutes of the second period, the Montenegrins secured a 7:6 lead before the second half of the match.

After a lot of missed chances on both sides of the pool, the first goal in the second half was scored by Italy’s Nicolo Figari in the 21st minute (7:7). But, Vladan Spaic responded immediately with a goal from a 6 on 5 situation to put Montenegro in front again. Marko Petkovic, the best scorer of the match, found the net for the 4th time 110 seconds before the last break and doubled the Montenegrins’ advantage (9:7). 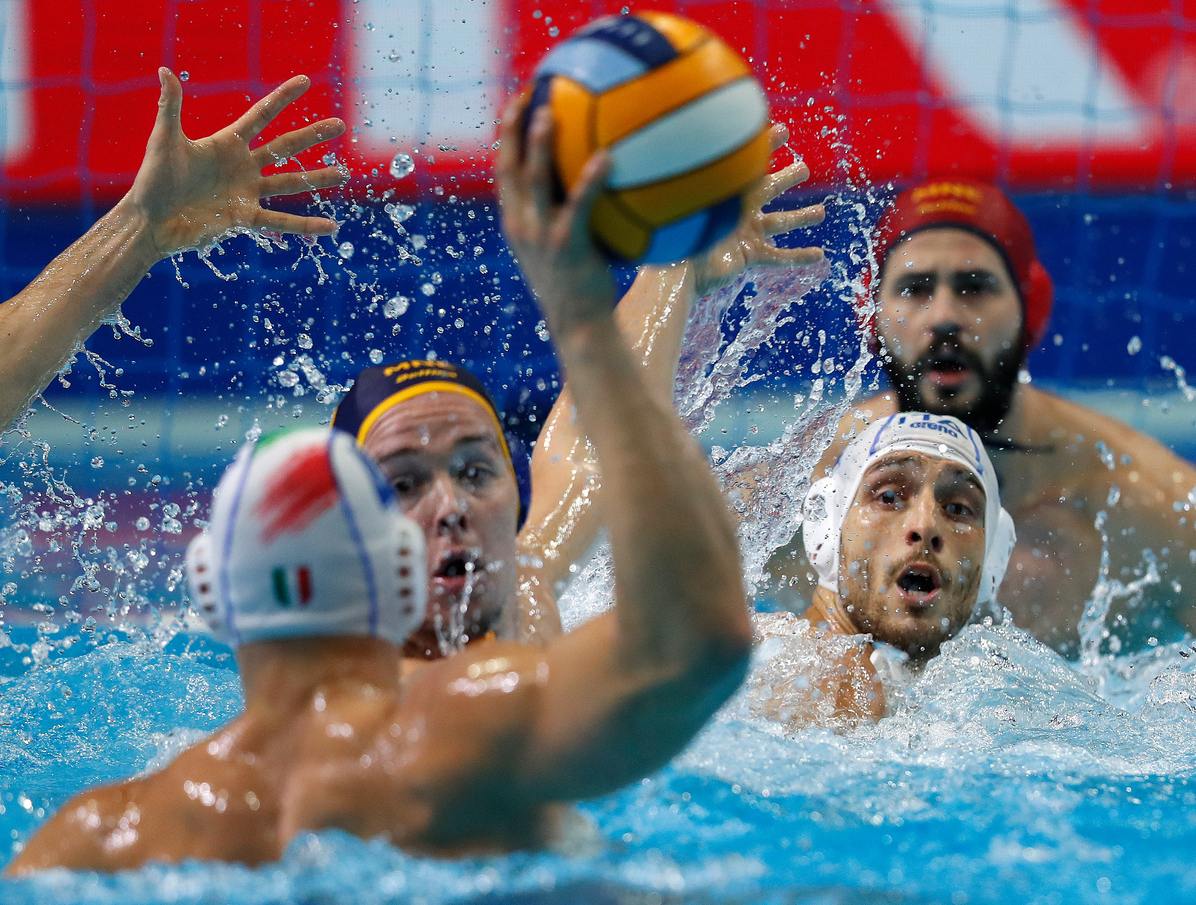 Early in the fourth period, Montenegro stretched the margin to three, after Aleksandar Ivovic converted a penalty shot for10:7. That 3:0 series proved vital for the outcome. Italy couldn’t find good solutions in the attack. Italy’s captain Pietro Figlioli ended the scoreless phase of his team, which lasted almost eight minutes. He scored for 8:10 with 03:36 minutes remaining on the clock. But, the world champions didn’t come back. Montenegro controlled the game and saved a 10:8 lead and the win.

Montenegro’s defense worked really well today. The Montenegrins shut out the MVP of the World Championships Francesco di Fulvio, who didn’t score a goal (shot efficiency 0/7). Besides Marko Petkovic, who netted four goals, one of the heroes in the winning team was goalkeeper Dejan Lazovic.

Italy will have to wait for a new European medal at least two more years. They haven’t reached the podium at the ECH since the 2014 Championships, also held in Budapest when they defeated Montenegro in the bronze medal match.

In Barcelona 2018, Italy was 4th, Montenegro took the 6th place. 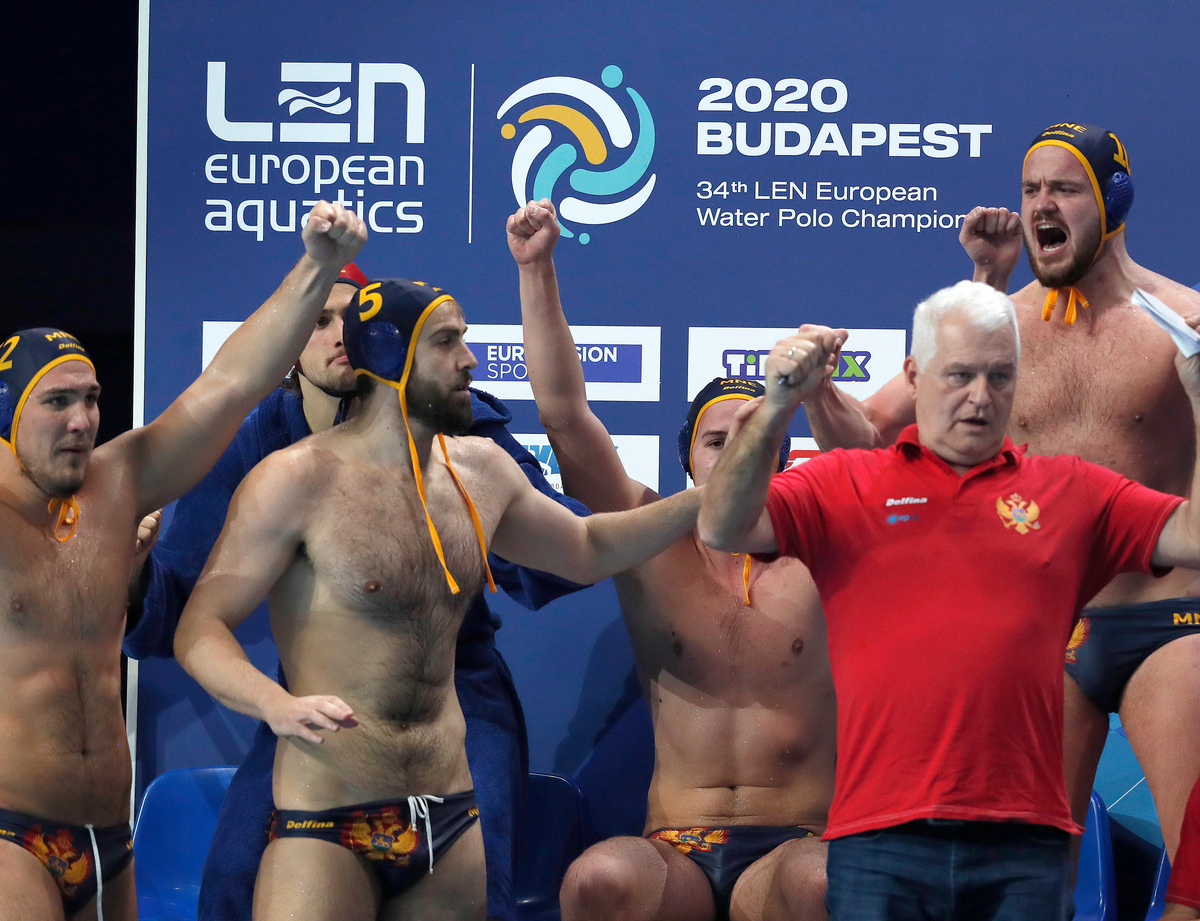 Montenegro, which has won three medals at the ECH so far (gold in 2008, silvers in 2012 and 2016) will meet Hungary or Russia in the semifinals.

All the match’s and the players’ statistics: SRB – ESP

Serbia’s left-handed “bombardier” Dusan Mandic opened the match with two goals to give the Olympic champions a 2:0 lead. But, shortly after Mandic’s second goal, Granados cut the deficit.

Serbia regained a 2-goal lead in the middle of the second period (3:1). However, Spain scored four unanswered goals in the last three and a half minutes of this quarter. Perrone leveled the score (3:3), from a penalty, two and a half minutes before the end of the 1st half. Sanahuja gave Spain the first lead (4:3). After that, Serbia missed a great opportunity to equalize in a 6 on 4 situation and the crime was punished in the next action. Sanahuja converted a man-up (also 6 on 4) 33 seconds from the middle break. So, Spain earned a 5:3 advantage before the third period. 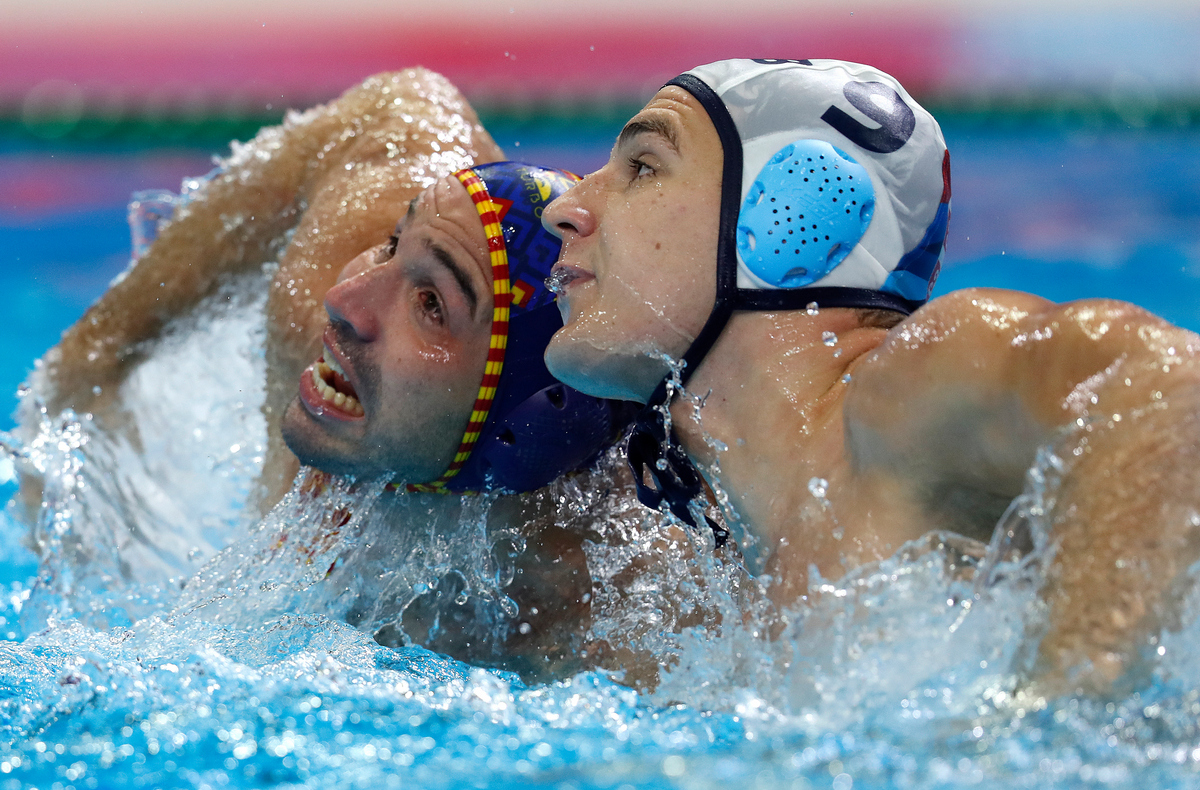 After the middle break, the Serbs were struggling to recall their good rhythm from the beginning of the match, but they had a lot of trouble to find the net. Spain played well in defense and had an outstanding goalkeeper Daniel Lopez between the posts. He had 11 saves tonight.

Nikola Jaksic scored the 1st goal in the second half (4:5), Felipe Perrone netted for 6:4, while Milos Cuk reduced the gap once more – 5:6, with 51 seconds to play in the third period.

Dusan Mandic netted his third goal to equalize – 6:6 in the 27th minute. There were no goals in the remaining time. Both teams missed a lot of chances, including man-ups and the match went in a shootout. 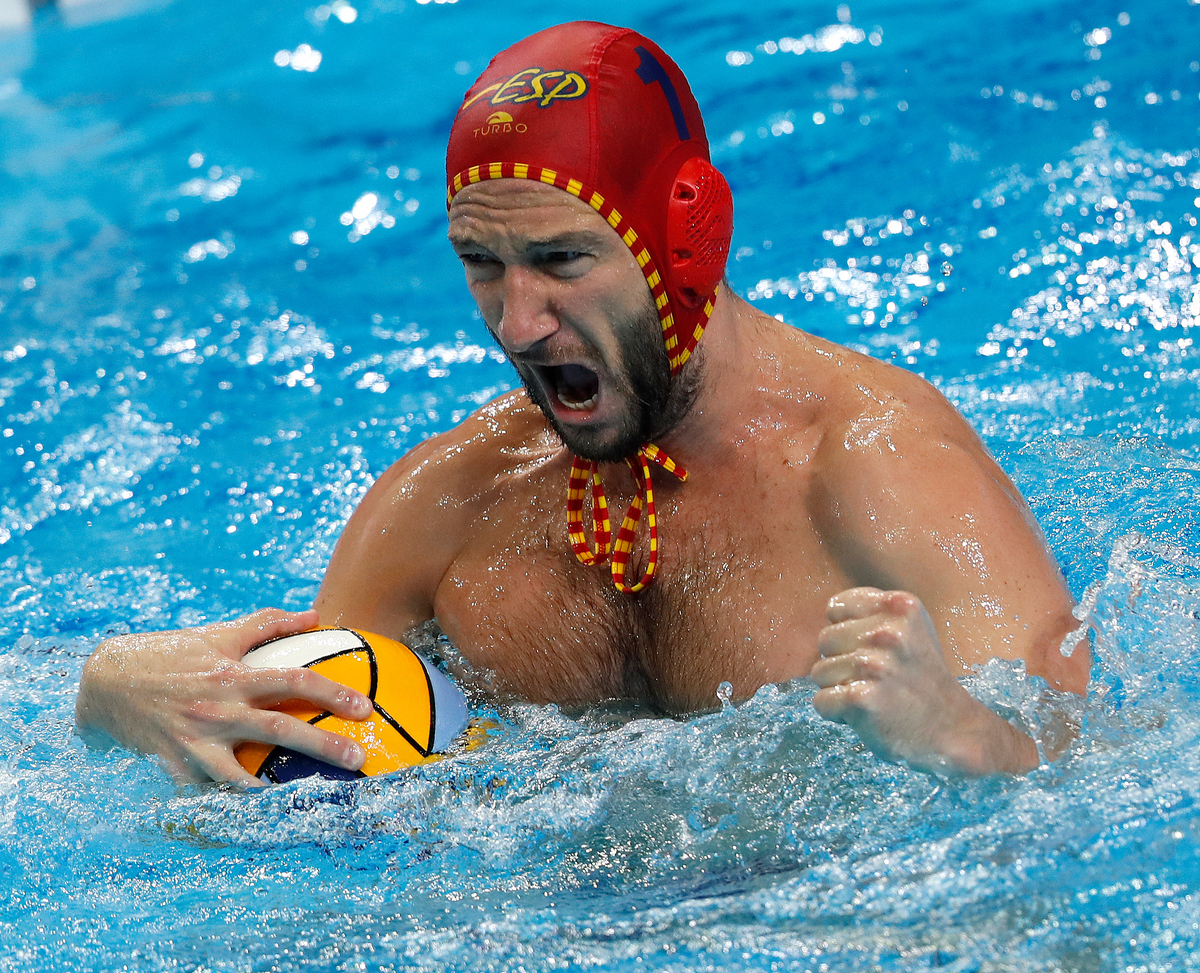 Spain will play against the winner of the match Croatia-Greece in the semifinals on Friday.