Aleksandar Ivovic: I would like to finish career as Pro Recco’s player 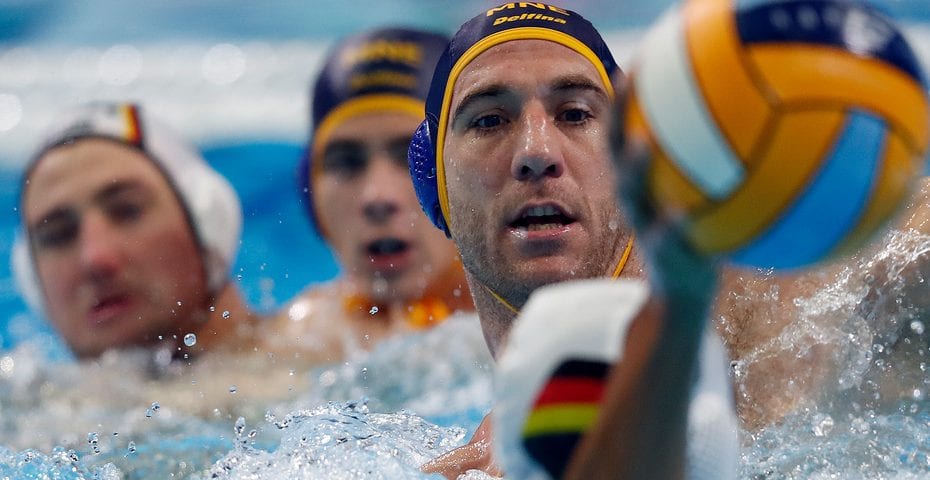 Most of the professional athletes in the 21st century are “globetrotters”. During their career, they are often moving from country to country, from club to club…

Aleksandar Ivovic, one of the best water polo players of today, doesn’t belong to these athletes. His career in the senior teams has been lasting for 18 years, but he played in just three clubs – Jadran Herceg Novi, Pro Recco, and Jug Dubrovnik. All three teams have been dominating in their respective countries in the last 20 years. They also have had a lot of successes at the international stage.

In 2018 and 2019, he was picked in the best team of the year by coaches and fans in our voting for the Total Player Award. 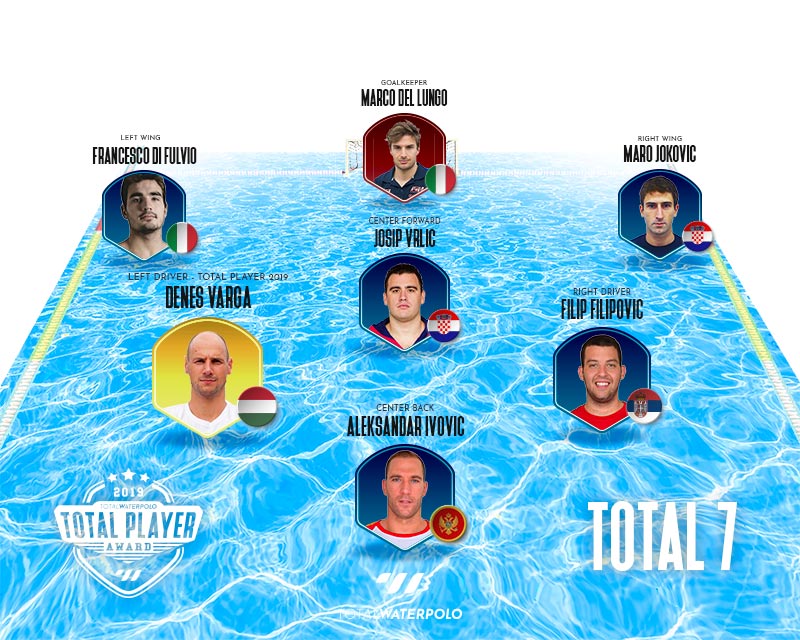 Growing up in Jadran Herceg Novi

Ivovic started playing water polo in his native Herceg Novi. Aleksandar was a “student” of Jadran’s water polo school. In 2002, he joined the senior team.

“I debuted for the senior team when I was 17 years old. I have the luck to debut at the time when Jadran had an excellent team. I was growing as a player in a company of great players, who aren’t much older than me, but they had more experience, like Boris Zlokovic, Vladimir Gojkovic, Predrag Jokic are… Over time, when the expirienced players left the club, and I took on more responsibility. I have a chance to fully develop my possibilities not just as a center-back, which is my primary position, but as an attacker, too. And I took that opportunity. During eight years in Jadran, I matured as a player.”, Ivovic said at the start of the interview with Total Waterpolo.

Early in the 21st century, Jadran dominated in the water polo league of Serbia and Montenegro and later in the Montenegrin Championship and national cup. The crown of Ivovic’s career in Jadran was the winning trophy in the 2010 Regional League. He was voted the best player of the competition and was the best scorer of the season.

“I couldn’t refuse Recco’s invitation, which has been the best club in the world for years. Playing in the teams which aim trophies is a challenge for which I am always ready.”

In 2012, Ivovic won his first Champions League in career. Recco dominated the European season and clinched the trophy at the Final Four in Oradea. But, in the same year, Ivovic departed Pro Recco. The Italian club decided to withdraw from the Champions League, after a disagreement with LEN. Patron Gabriele Volpi left the club. Since Pro Recco didn’t play international competitions, almost all foreign players also went. Ivovic continued his career in Jug Dubrovnik.

“Several clubs invited me, and I accepted Jug’s offer. The sporting ambitions were a crucial reason for that choice. As I said, I use to choose a club with high ambitions – a club that wants to win trophies. And Jug is one of these clubs. I spent a season in Jug, and I won the Croatian Championship. We reached the final of the Champions League, and the finals of the Regional League and the Croatian Cup.”

In 2013, Volpi came back to Pro Recco. The club entered the European stage again, and many foreigners, including Ivovic, returned to the club. The series of trophies with Recco was continued. The Italian club clinched its 8th European title in 2015.

Since 2018, Ivovic has been Recco’s captain.

“I became a captain when Ratko Rudic arrived in the club. Being Recco’s captain is a responsibility which makes me honored. My teammates, including previous captain Stefano Tempesti, supported me as a captain. It’s easy, but also hard to be Recco’s captain. It’s easy because you lead a group of excellent players who always know to find the right solution during the game and do everything for the benefit of the team. But, also, a captain always must have a special respect for all the players. My teammates are proud players who have achieved a lot during their careers. They are aware of their qualities. They wouldn’t become top players if they didn’t think that way and they deserve big respect.”

As a part of Recco’s team, Ivovic has won eight titles of the national champion, eight Italian Cups, two Champions Leagues. He turned 34 in February. Is it too early for you to think about the end of the career?

“I think that I can play for more two-three years. I would like to finish my career as Recco’s player. I wish to play as long as I feel I can do my best, because I don’t want to retire too late, when I’m not capable of the hardest challenges.” 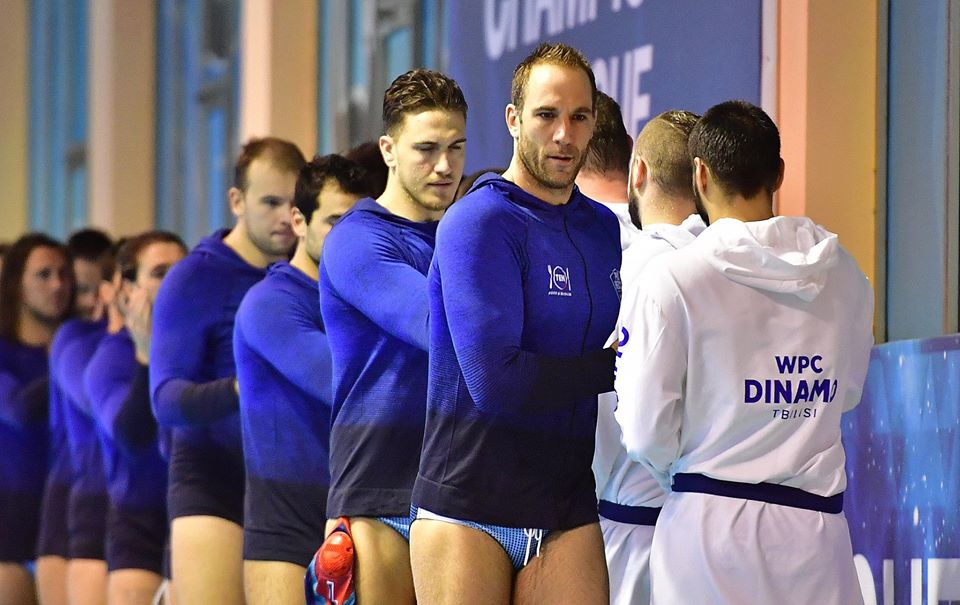 Ivovic would like to finish his career in Pro Recco. This summer, he maybe will return to Jadran, but not for long. If the Montenegrin Championship does not take place this summer, the Federation plans to organize a series of unofficial tournaments. The players who are members of the foreign clubs will be allowed to play in the Montenegrin clubs at the mentioned tournaments. According to the latest information, that series is likely to be held.

“That is a good idea. These matches would be an excellent promotion of water polo. Fans would like to watch again the members of the national team who play outside of Montenegro for years. On the other side, the players want to return to shape as soon as possible. We miss the matches.”

Three Olympic semifinals in a row

Playing for Serbia and Montenegro, Ivovic won the gold medals at the 2005 Universiade and the bronze at the 2005 Mediterranean Games. He has four medals from the European Championships with Montenegro (gold, two silvers, bronze), two golds and one silver medal in the World League… But, the Ivovic still hasn’t added an Olympic medal to his reach treasury.

He took part in the Olympic Games three times – 2008, 2012, 2016. The Montenegrins reached the semifinals at each of the three tournaments, but they returned home with no medal on each occasion. They were defeated by Serbia in the bronze-medal matches in Beijing in 2008 and London in 2012. In Rio 2016, Montenegro lost to Italy in the game for the 3rd place.

“We lost three bronze-medal matches, but reaching the three semifinals of the Olympic Games in a row is a significant achievement, even without a medal. I regret most because of the bronze-medal game at the 2012 Olympic Games in London. We had an excellent team and played very well that season. Early in the fourth quarter, we had a 3-goal lead, but Serbia managed to win. The individual quality of their players decided.”

Does time for Montenegro’s first Olympic medal finally has come? Tokyo is a new opportunity. Much before this season, Ivovic announced that he would retire from the national team after the Tokyo Olympics. The postponement of the Games didn’t change his plans.

“Of course, we are thinking about Tokyo, but we are going step-by-step. Montenegro is yet to qualify for the Olympics.” 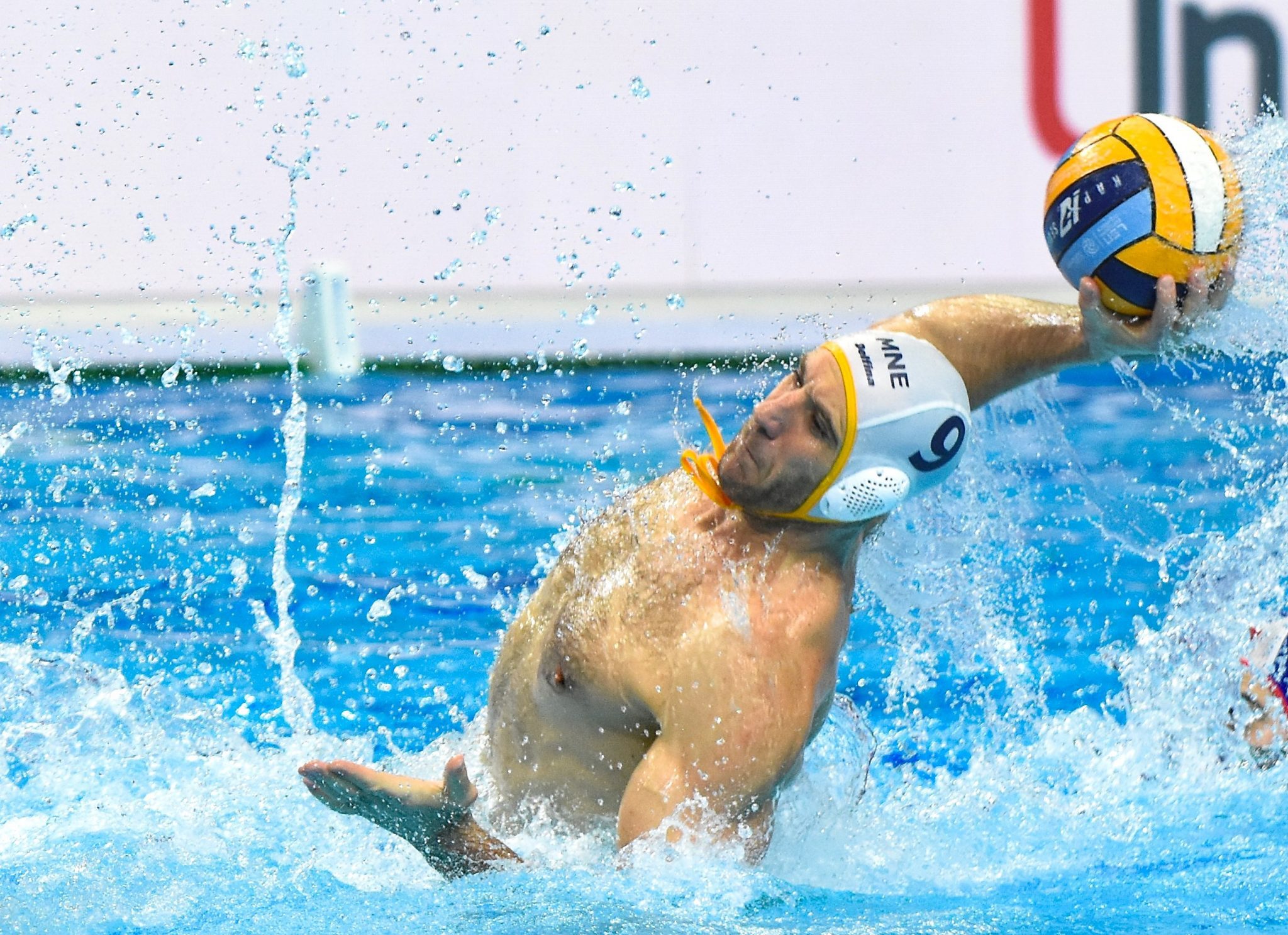 Montenegro opened the year with the bronze medal at the European Championships in Budapest.

“We had a good start of the year and clinched bronze, although we were among the youngest teams in Budapest. The squad was rejuvenated before this season. A lot of young, talented players showed their potential, but they need experience. We have an excellent atmosphere in the team.

Early in May, we gathered again in Herceg Novi, and we work well. We have enough time to prepare for new challenges. Until next summer, our young players will get new experience. I have confidence in this team and the coaching staff, and I think that we can battle for an Olympic medal again. It will be hard, as usual. Serbia, Croatia, Italy, Spain, Hungary will be serious medal contenders. But, at the moment, our main objective is the Olympic qualification tournament in Rotterdam in February.”

“Unfortunately, we didn’t complete this season at the Champions League Final Eight in Recco, as we hoped. But although the season was suspended due to the pandemic, the club was correct. The players received the agreed salaries. The club’s orientation has been changed comparing to the previous four-five years. We won’t have so many players as we had before. Sometimes, a large number of players made problems. Normally, each player wants to play as much as possible, and some were not satisfied with the playing time, because we had a lot of excellent players.

This year, Pro Recco maybe hasn’t been on the spotlight in the transfer market, but, our objectives remain the same – winning trophies. Maybe, we won’t be such firm favorites as we were in the previous seasons, but on the other hand, we won’t have such big pressure.”

The European water polo map has been changing in the past few weeks. Some of the Italian clubs and French teams brought a lot of reinforcements.

“I think that the Italian league will be much stronger and attractive next season. Brescia, Ortigia, Savona brought proper reinforcements and I expect a battle for the title should be very interesting. The clubs in France also invest a lot in new players, especially Marseille. Perhaps, the French want to develop their water polo because the 2024 Olympic Games will be held in Paris. The quality league will help in raising the quality of the national team too. I hope that the French project won’t be short-lived.

The situation has been changing in Hungary, too. There will be fewer foreigners in the Hungarian clubs than in previous years.

“It’s a pleasure watching matches of the Hungarian water polo league. Yes, there will indeed be fewer foreign players in the next season, but I am sure the league will remain strong.”