Alessandro Campagna: We’ll try to enhance good season, we have no pressure 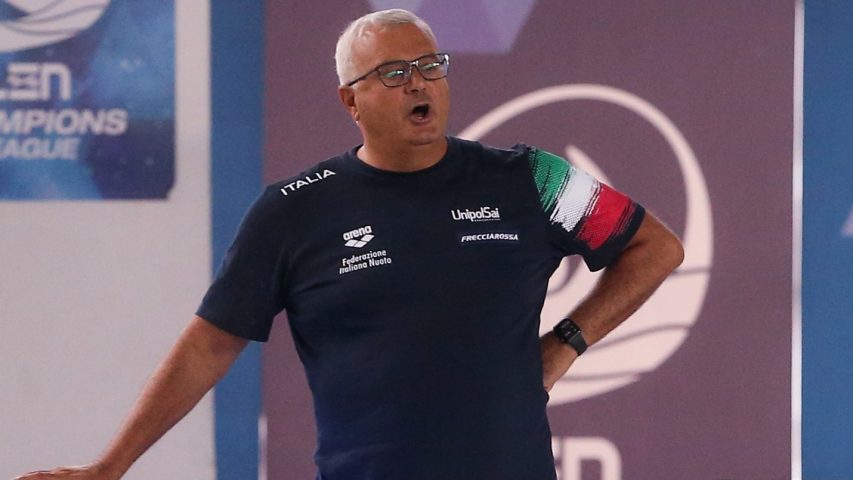 Several European powerhouses rejuvenated their teams after the Tokyo Olympics. A lot of younger players entered the big stage.

The results in the past few months say that Italy handled the best in that switch of generations.

The “Settebello” played in three finals in 2022. They won silver in the European qualifications for the World League. The Italians lost to Spain after a penalty shootout in the final of the World Championships. A few weeks after Budapest, Italy, playing without one of the aces, Francesco Di Fulvio, won the World League in Strasbourg – the first ever gold medal for Italy in that competition.

The European Championships in Split is a new challenge. The roster in Split will be almost the same as in Budapest (the entire roster is at the end of the article)

Commenting on how his team adapted after the switch of generations, Italy head coach Alessandro Campagna says:

“We renovated the team. Six-seven new players became regular members of the national team after the Tokyo Games. Some of them have been on the roster for many years, but for some of them, this season was their fiirst presence in the national team. Since the beginning, this team has shown a big enthusiasm. I have felt good energy in the team. They were eager to play; they wanted to play together. I told the players: “If we have such enthusiasm, everything can happen. We will maybe wait for one or two years, but maybe results can come soon”, Campagna told Total Waterpolo.

And the results came very quickly. Italy won the silver medal at the World Championships and the World League title.

“We played well in Budapest. Spain deserved to win the gold, but we played in equal in many parts of the final. After that, we triumphed in Strasbourg. but Serbia and Spain played without many of key players. However,  Strasbourg was a good experience for us, just as it was a tour in the United States just before the World League Super Final.”

How have you recovered the players during the very demanding summer?

“I rotated the players after the World Championships. Everyone had a 15-day rest.”

Italy can continue its row of medals at the European Championships

“We have an opportunity to maintain a continuity of good results and to keep a high level we reached. It won’t be easy. Other teams are very strong. But, we will try to do it without stress and pressure. We have had a good enough season so far, but we will try to enhance everything we have done and make another step further.”

The “Settebello” haven’t won a European medal since 2014 (bronze in Budapest) and they haven’t won the continental title since 1995. Are these facts an additional motivation for your team? Campagna says that his team’s goals are higher, but it’s hard to predict what can happen.

“Italy is a country that has a big water polo tradition, like Serbia, Croatia, Spain,etc. Everybody expects a lot from us. It is considered a bad result if we finish 4th or 5th in a major tournament. But, this is a sport; everything can happen. Differences in qualities between the seven-eight European teams are small.”

Marco Del Lungo, Italy’s goalkeeper, has played in four international finals this year. Besides the three medals in the national team, he won the Champions League with Pro Recco.

We asked Del Lungo if he was tired after soo many games.

“The season has been very long. But, I like water polo very much. This is my life. When I jump into the swimming pool and play, I forget the tiredness. I just want to play.” 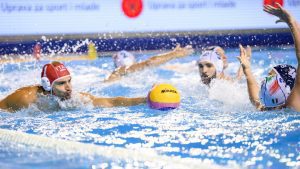 Commenting on the successes that a new Italian team has achieved this year, Marco Del Lungo says:

“We have a good team. It is a great mix of more experienced and younger players. Head coach Alessandro Campagna changes a lot and lets everyone play. The main power of this group is team spirit. I think we have great possibilities in the future.”

What do you expect in Split?

“We want to win”, Del Lungo answers shortly and clear

Italy won two preparation tournaments in the past ten days. After taking 1st place at the Sardinia Cup, the “Settebello” won the tournament “Serbia 2022” in Belgrade.

“Yes, we played several important and good games. Tournaments in Sassari and Belgraade are a good sign, but there is a big difference between friendlies and matches at the European Championships.

Besides the 12 from Budapest, Jacopo Alesiani, Vincenzo Renzuto and a 19-year-olf Francesco Condemi are on a 15-player roster.