All eyes are on Budapest again 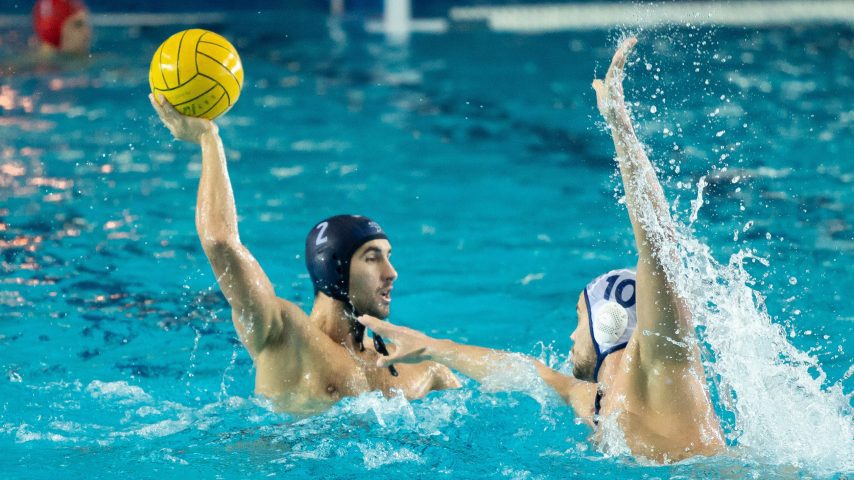 Ten days ago, the big match of the Champions League Day 3 was played in Budapest – Ferencvaros and Olympiacos shared the points (9:9).

The elite competition will continue this week with the fourth round, and all eyes will be on Budapest again. Two derbies will be staged in the capital of Hungary. Ferencvaros will host Novi Beograd tomorrow (Group A). On Wednesday, OSC and Marseille will face off in the derby of Group B.

Almost every game in Group A is a derby, but two games are in the spotlight this week: Ferencvaros – Novi Beograd and Olympiacos – Barceloneta.

Former European champion Ferencvaros still waits for a first win in the season. However, the Hungarians are still unbeaten since they won a point in each of the first three rounds – two as a visiting team (against Brescia and Radnicki) and one against Olympiacos in Budapest. In the past ten days, Ferencvaros had two demanding matches in the domestic championship. First, it edged out BVSC with a last-gasp goal (7:6). Then, it defeated OSC. The final score was the same (7:6). The game against Novi Beograd is a must-win match for “Fradi”, because it already lags behind the top three teams. The season is long, and everything can happen until the end of the Group Stage in June, but there are only three available F8 berths in Group A.

A hard week is behind Novi Beograd. The host of the Final Eight played six games between Wednesday and Sunday in the Regional League and recorded six wins, including a big derby against Jug (14:10). Although Novi Beograd is already qualified for the F8, the Serbian team wants to continue proving it deserves a spot at the Final Eight. Novi Beograd’s coach Vladimir Vujasinovic tried to rest up the most experienced players during the tournament. The Serbs didn’t have much time to prepare for the clash in Budapest. But encouraged by success in the Regional League, they are eager for new challenges. As Vujasinović said after the tournament, the teams’ form has improved despite the packed Regional League schedule.

Olympiacos is atop the table of Group A. It hopes that it will remain there after the derby against Barcelona, which has played very well since the start of the season and has chances to take points in Piraeus. Still, the Greeks are the favorites in front of their fans. Last season, Barceloneta demolished Olympiacos at the F8 in Belgrade (22:9) Even then, it was not a reflection of the real difference in quality. In meantime, Olympiacos reshaped the team and brought great reinforcements.

Jadran Split and Radnički will meet in Split for the second time within several days. Both teams played at the first tournament of the Regional League last week. They were in the same group and they shared the points in a thrilling game played on Friday (12:12). A new tie would suit neither of the teams because they are in the lower half of the table. An exciting battle is on the sight.

Brescia goes to Tbilisi to face DInamo, the only underdog in this group.

OSC welcomes Marseille in the highlighted clash of Group B. Both teams started well in the season. OSC has 7 points. It beat Steaua and Crvena Zvezda, but it earned only a point in Hannover. As for Marseille, the French displayed they could surprise favorites. They were an equal opponent to the reigning champion Pro Recco for most of the time, but they lost that match. Compensation came in the 2nd round, with a victory over Jug in Marseille. It isn’t easy to predict the outcome.

Crvena Zvezda will host Hannover in Belgrade, while Jug will play against Steaua in Bucharest. The Serbian and the Croatian team are favorites, but they won’t have easy tasks.

Jug and Crvena Zvezda played in the exhausted first stage of the Regional League. Besides, both teams’ coaches can’t count on all players. Jug arrives in Bucharest without Loren Fatovic and Luka Stahor, who tested positive for coronavirus before the last game in Berlin against Spandau. Crvena Zvezda also has problems with positive tests (Gavril Subotic and Dusan Markovic didn’t play in the first phase of the Regional league).

Pro Recco is a heavy favorite in the match against Spandau, which was far from a win over decimated Jug in the last round.