All You Need To Know about Water Polo in Iceland 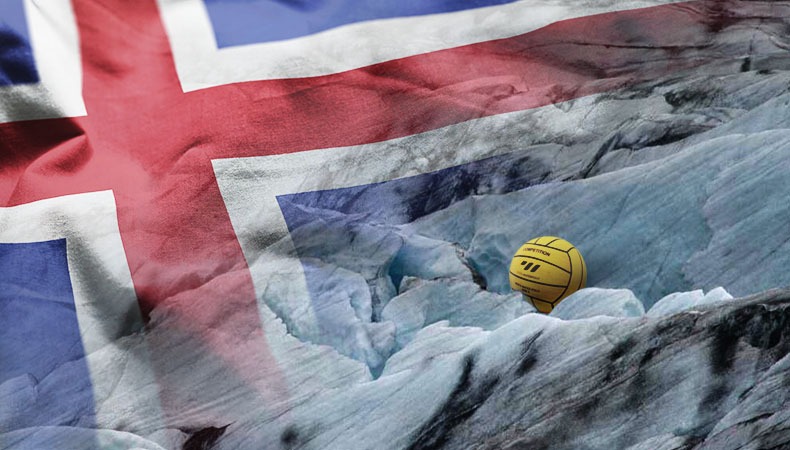 Today, our water polo journey takes us to a Nordic island with more than 180 swimming pools, yet very few water polo clubs. Welcome to Iceland – The Land of Ice and Fire.

We’d like to welcome Glenn Moyle, an ex-New Zealand water polo player who now coaches Ármann – the currently leading club in Iceland. Moyle told us everything about the state of water polo in Iceland, along with future plans and the big event happening in May – SSI International and Icelandic Water Polo Championships 2019.

Who is Glenn Moyle?

I am originally from New Zealand and have been living in Iceland since 2006. When I was 21, I left New Zealand to play in Holland and then I traveled the world after that. Ultimately, I ended up in Iceland and now I have a family here. 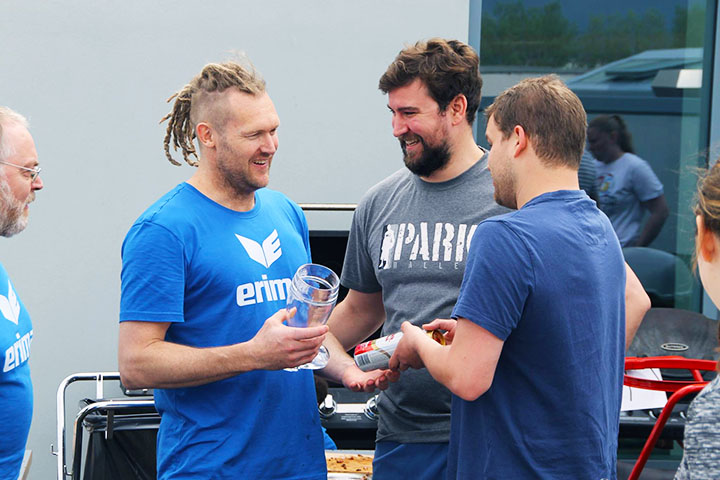 How did you get into water polo?

I got involved in water polo because I got tired of swimming. I started out when I was 10 years old playing in a primary schools competition in Wellington, New Zealand. There were great guys playing there and we soon became friends, doing a lot of cool things together. Surfing and lifesaving were something the water polo guys were also doing. As you can tell, I was a big water-sports fan and swimming up and down quickly bored me. But I wanted to stay in the water so I took a chance to play ball in the pool.

As for my water polo career, when I moved from New Zealand, Holland welcomed me for half a season. I also played for the national junior teams in New Zealand and went to the 1995 world U20 championship in France. I was also the captain of the New Zealand schools and junior-age teams (U16).

What is your current role?

I am the coach of Ármann water polo club in Iceland. I am still actively playing and I’m a referee too. Also, I am trying to grow water polo here, so I am organizing tournaments and trying to set up training camps to invite various teams to play in our excellent facilities.

How many clubs/registered players are active in Iceland in all leagues? How often do they train?

We have only two clubs here, and there are only 40 active players. Currently, we are trying to create another club. Back in the 1960s, there were four clubs in the league, playing the game. Currently, both existing teams have three practices per week.

And how many pools you have to host the games in?

In the entire country, we have around 180 swimming pools. So, it’s one pool per 1800 people. That’s just crazy. But we only have a few pools for water polo – the rest are tourist pools with hot tubs and steam rooms. Two major water polo pools are in Reykjavik. The facilities we have are first-class and we can get more pool time easily, unlike other countries which don’t have similar politics about these things.

Let’s talk leagues. What is the organization like? How many games do you play and in what period are they played in?

At the moment, we don’t have a structured league, but we are working on creating an official season. The games are held every other week, though we play competitive games and sometimes mixed games. In order to keep everything interesting, we use a lot of imagination to keep things fresh and fun.

Which team is currently the best?

The teams have been quiet even for the last five years. Ármann were the champions in 2018. 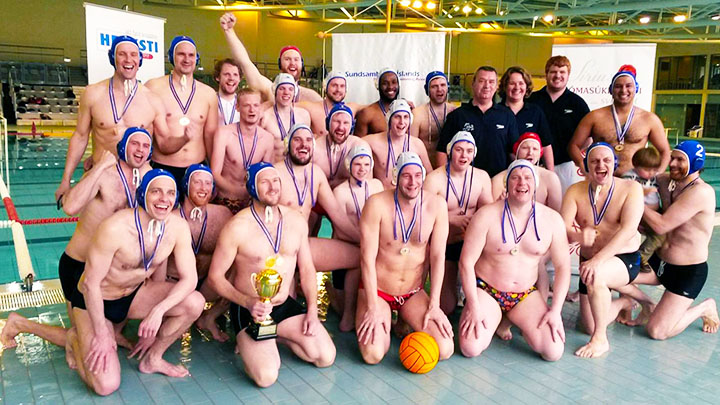 Are there players who get paid for playing in Iceland (professional players)?

No. There are no professional players here.

What about media coverage? And is there any financial support (government, local state communities, sponsors)?

The media is very slow when it comes to covering water polo. We have to pull their sleeves to get some kind of coverage. In May, we are having an international tournament in Reykjavik, so we will have some media coming.

We get some small financial help from the Swimming Federation of Iceland, but we mostly have to look for the sponsors on our own. It is very hard to get the bigger ones because everyone looks only at football and handball here – which are our two main sports.

What can be improved in the future for your water polo scene?

There is a lot we can do to improve water polo in Iceland:

Do you have a female league?

No, we don’t. Just like we miss the Youth Division too.

So, you’ve been talking about creating a national team. Can you tell us more about it?

We are currently in the process of making one and we will choose our national team at the end of May. The picked members will travel abroad and play in tournaments. Most of all, we would like to send our team away and expose them to the water polo that is being played in the world. It is a small but great community and we want to be a part of it. Our expectations are to keep the sport growing and give the players something to aim for.

Talking about our history, we have had a national team back in the day. They went to the 1936 Berlin Olympic Games, though they lost all three matches. Water polo happened to be the first team sport Iceland has ever sent to the Olympic Games. 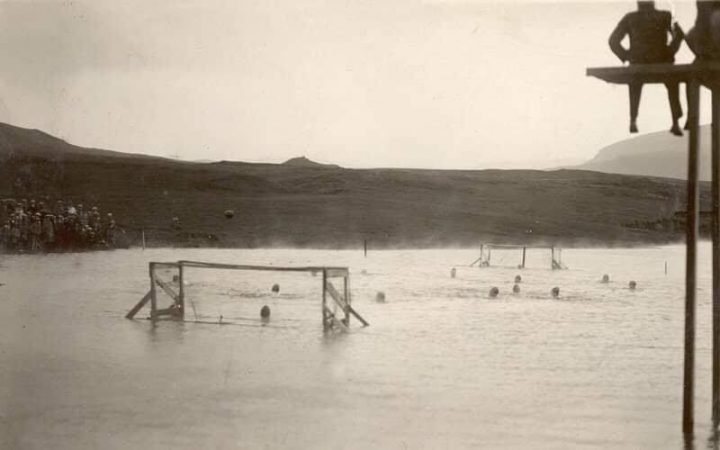 We used to have a national championship every year, where our two teams would play three games over a weekend. We would get international referees to come and officiate for us.

I decided that if we are already inviting the referees over and have great pools, we might as well invite other teams to come and play. 2019 will be the third edition of the mentioned tournament and, for now, we have eight confirmed teams to come, and a few more that are interested. The deadline is March, 31.

We are encouraging the teams to come over and organizing sightseeing tours for them, as well as having BBQs with Icelandic lamb and many other activities during the weekend. So, it is more than just a water polo tournament – it is a whole new experience. This year, we are taking the players over rivers and to the glaciers.

The first year we had six teams, last year there were eight. I am hoping for 10-12 this year. 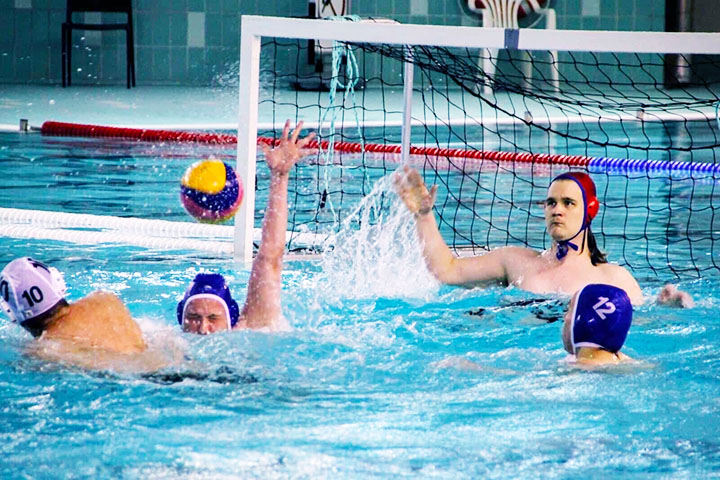 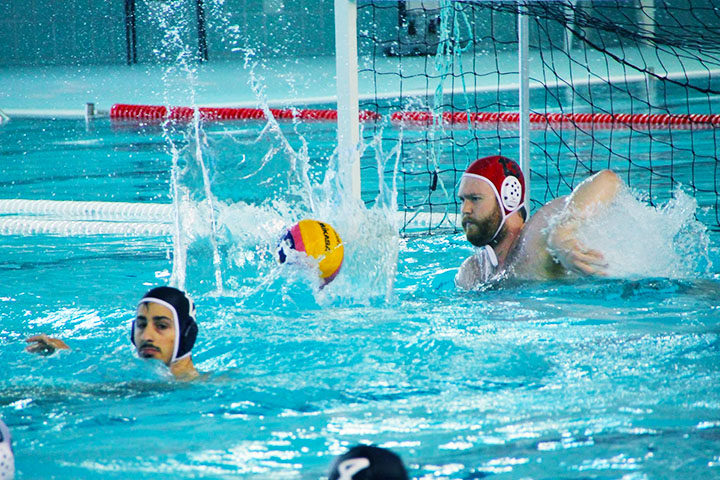 Do you watch international water polo matches in Iceland?

We are not watching much of them together, but we are posting games online for the players to watch.

If you could pick one international player to join Ármann, who would it be?

Even while dreaming, I would choose Dénes Varga.

Which team (club or national) plays the best water polo in your opinion?

When I was active the most, Hungary was dominating for so long. They also play extraordinarily across ages and teams.

What do you think can be done to make water polo more popular on a global scale?

When I was younger, we had this guy Bill Dyson who was involved in kids’ water polo. He organized all the kids’ leagues and played a massive part in making water polo big in Wellington. To make water polo popular, we need as many people as we can get that are willing to do the things he’s done, and it has to be done globally. To get the youth to participate and to get the kids’ camps going is the key to making it work. To prove my point, I have been advertising for someone to come and create a training camp in Iceland and I have been overwhelmed by the offers. So it seems there are already a lot of people like Bill.

Yeas, I’d like to point out that we have excellent facilities and if any team wants to come to a training camp or have a tournament, we’re open for cooperation. Anyone who’s interested can contact me at glennmoyle@gmail.com. We’ll make sure you have the best Icelandic experience and accommodate the teams that are coming.

We’d like to thank Glenn for talking to us and we wish him all the best in May and in the future of Icelandic water polo. To keep up with water polo news from around the globe, follow us on Twitter and Facebook.