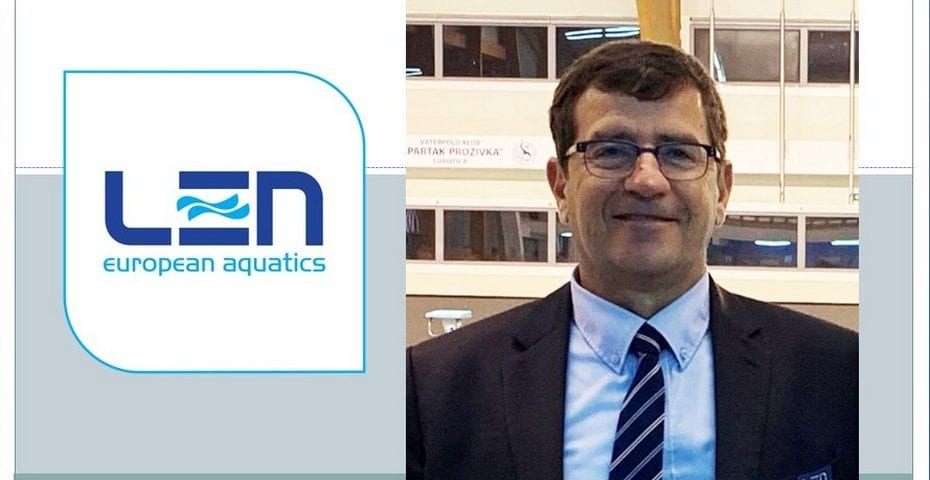 The new LEN Bureau, headed by Paolo Barelli, held its first meeting, in a video-conference format, and approved the composition of the LEN Committees and their respective Bureau Liaisons. All decisions were made unanimously, LEN announced.

Angel Moliner (Spain) is the new chairman of the Technical Water Polo Committee (TWPC). Moliner, a former FINA and LEN water polo referee, is the manager responsible for water polo at the Spanish Swimming Federation (RFEN). After retiring as a referee, he became an international water polo delegate. The Spaniard was the TWPC vice-chairman from 2016 to 2020.

Moliner replaced Gianni Lonzi (Italy), who served as the LEN Technical Water Polo Committee chairman in the previous two four-year terms. The Italian was a member of FINA and LEN water polo committees for more than 30 years. Lonzi (82), the 1960 Olympic champion and the Italian national team’s coach in the 1970s, became the vice-chairman of the LEN TWPC in 1988. In 1992, he was appointed to the FINA TWPC and was the chairman of this committee from 1996 to 2017.

A three-time Olympic champion Tamas Molnar (Hungary) has been appointed as the new LEN TWPC vice-chairman.

As usual, Bureau appointed Bureau members who ensure necessary communication between the Bureau and the Committee (Bureau Liaison)

Water Polo Liaisons are Aleksandar Sostar (Serbia) and Joe Caruana Curran (Malta). Sostar has been the Water Polo Liasion since 2012. Curran takes the place of Fernando Carpena Perez (Spain), who was elected for LEN Treasurer in early November.

After new appointments, the Spaniards lead the technical Water Polo Committees both at FINA and LEN. Moliner’s fellow countryman Manuel “Lolo” Ibern has been the FINA TWPC chairman since 2017.