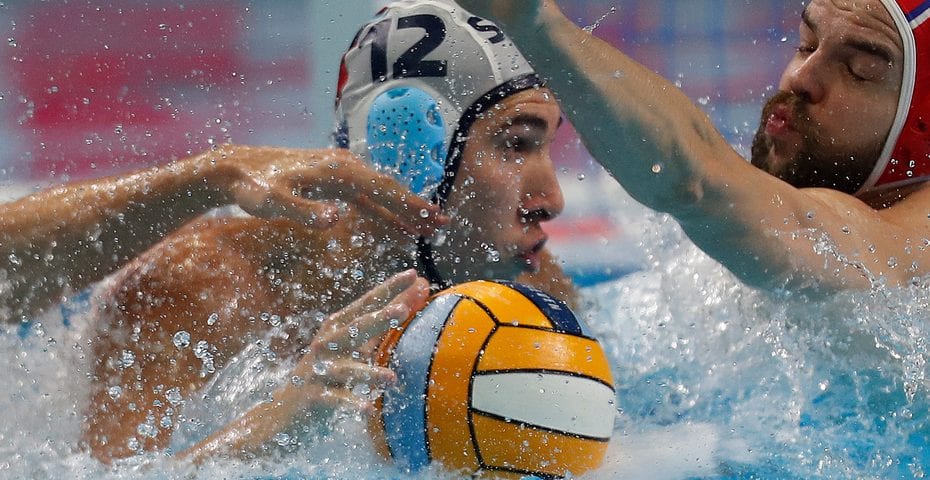 After one season spent in Olympiacos, Stefan Mitrovic will leave the Piraeus-based club.

However, the Olympic champion will stay in Athens. Stefan Mitrovic moves to Apollon Smyrnis. This club finished 4th in the Greek League, and it has qualified for the LEN Euro Cup. One of the best Greek players of all time, Giorgios Afroudakis, the five-time Olympian, is one of Apollon’s management’s key persons. He is one of the most deserved for the progress that the club has made in the last few seasons.

After winning the Greek title with Olympiacos, Mitrovic confirmed that he would sign a contract with Apollon.

“Apollon  made an effort to offer me very good conditions. The club is steady and has a long-term project, which promises a lot. These facts and my family’s wish to stay in Athens were crucial for my decision regarding the new club” – Mitrovic told Total Waterpolo.

Mitrovic started playing water polo in Partizan. In 2012, he moved to Hungary. He played for Szolnok (2012-2016) and Ferencvaros (2016-2019). At a club level, he won two Champions Leagues (2011 with Partizan and 2019 with Ferencvaros). Besides the Olympic gold, he clinched two titles of the World champion, four gold medals at the European Championships, nine titles in the World League, and many other medals as a member of the national team of Serbia.

Mitrovic won the “double Greek crown “with Olympiacos. He said that he had had a desire to renew the contract with Olympiacos. The club also wanted to keep the 32-years-old driver. But, Olympiacos couldn’t make an offer for the next season at the moment. On the other side, Mitrovic didn’t want to wait.

“Olympiacos’ management understood me and realized that I couldn’t wait. I wish Olympiacos all the best at the European stage, as well as in the national competitions. It would be nice to see an encounter between Olympiacos and Apollon in the finals of the playoffs. I expect that the Greek Championships will be exciting next season. Many clubs are bringing reinforcements. Two clubs which promoted to the A1 League – AEK and Peristeriou – also have high ambitions”, Mitrovic said.

According to unofficial information, Alexandros Gounas, a member of the Greek national team, will also leave Olympiacos. Several European clubs target Olympiacos’ captain Konstantinos Mourikis, one of the best center-forwards in the world. As it seems now, Olympiacos won’t be so firm favorite in Greece as it was in the past few seasons.