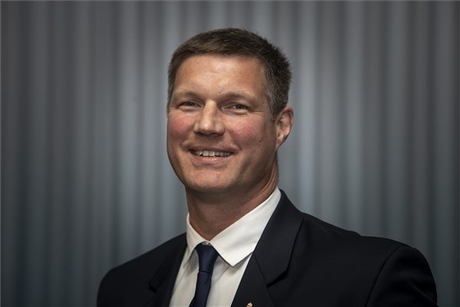 Dr. Kemény Dénest got replaced by the two-time Olympic champion

An Extraordinary Meeting of the Hungarian Waterloo Association was held on Sunday in the conference hall of the Danube Arena. The news comes from waterpolo.hu.

After the usual procedure dr. Dénes Kemény, who has been holding the chair from 2012 to 2018, addressed the Association yesterday (September 30th):

I had a fantastic 22 years! Also, a big thanks to my family and the fans — they had given me the strength to be here today. I wish successful Hungarian presidential elections and great future results to Hungarian water polo.”

The only candidate for the presidential post was the two-time Olympic champion, world champion, and double European champion Attila Vári, who presented his presidential program before the election.

The Extraordinary General Assembly then decided on an open vote and unanimously elected Attila Vári as the chairman of the Hungarian Waterloo Association.

Vári commented on his new position:

“Thank you so much for your support! When Dénes resigned and more people sought to take over the presidency, I promised to fight for the Hungarian water polo. I would like to thank everyone for trusting me and hearing me out. I can only thank all the people around me.

It all started when my mother and father moved to Csaszzi 36 years ago. The thank-you-list is not complete, but I would like to also mention Gyula Pék, István Kovács, Kemény Fecsó, Kemény Dénest, and Tamás Ambrus. I promise I will be doing my best for Hungarian water polo.”