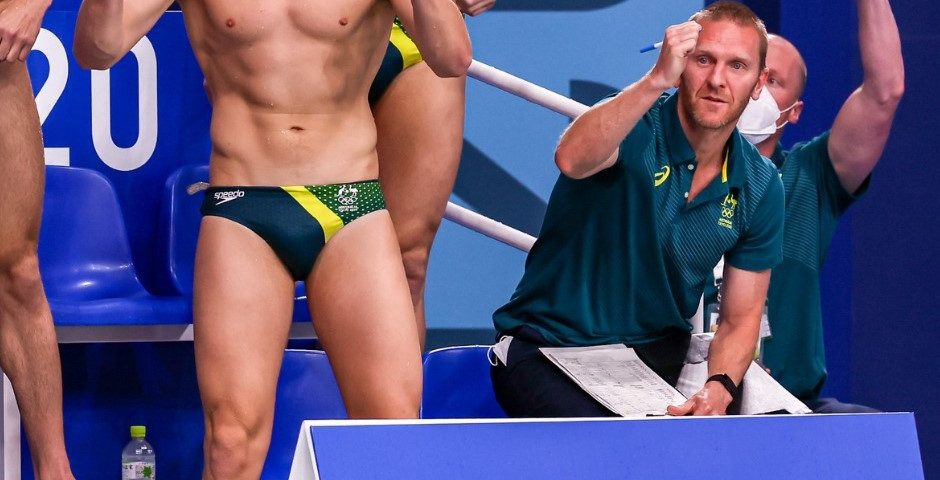 The Federation announced that Tim Hamill had become a new head coach. He will lead the “Aussie Sharks” until the Paris 2024 Olympic Games.

Hamill replaced Elvis Fatovic, who led Australia between 2013 and 2021. The experienced Croatian coach left Australia after the Tokyo Olympics and returned to Europe. Fatovic has been coaching Barceloneta since the beginning of the current season.

Tim Hamil played for the Australian national team early in the 21st century. He worked alongside Fatovic from 2013 in his numerous roles held with the New South Wels Institute of Sport (NSWIS). He was Fatovic’s assistant at the Tokyo Olympic Games.

He comes to the role with extensive coaching experience having served as the NSWIS Head Coach of the Men’s program since 2017 as well as coaching at Club, State, and National level, the Federation (Australian Water Polo) announced.

“Hamil formed a valuable part of the coaching team for the Aussie Sharks at the Tokyo Olympic Games, which will provide a smooth transition for our squad as we look towards the Paris Olympics which are less than three years away… Tim is eager and willing to work with the system to help grow our men’s program as we also work towards the Brisbane 2032 Olympic Games.”, Water Polo Australia CEO, Richard McInnes said, among the other things.

For Hamill, the opportunity to lead the men’s program won’t just be about Paris but rather building towards the 2032 Brisbane Olympics.

“It is a real honour to be appointed as a Head Coach of the Australian men’s program and I firstly want to thank all those coaches, in particular Elvis, who have come before me.

We want to create one style of play for water polo in Australia that is taught from our junior programs through to our Olympic squads.

While there are challenges ahead, with reduced funding for our men’s program, I see it as a chance to look at how we do things differently and be innovative in our approach moving forward.

Our top Australian player Aaron Younger, three time Olympian and three time Champions League winner, continues to lead the charge on the international stage, and is a real demonstration for the young people in our pathways of what can be achieved with plenty of hard work.”,Hamill said.

Australian Federation is looking for a new coach for the female national team. Predrag Mihajlovic, who has coached the “Aussie Stingers” since 2019, will finish his mission in the following weeks, the Federation announced recently.