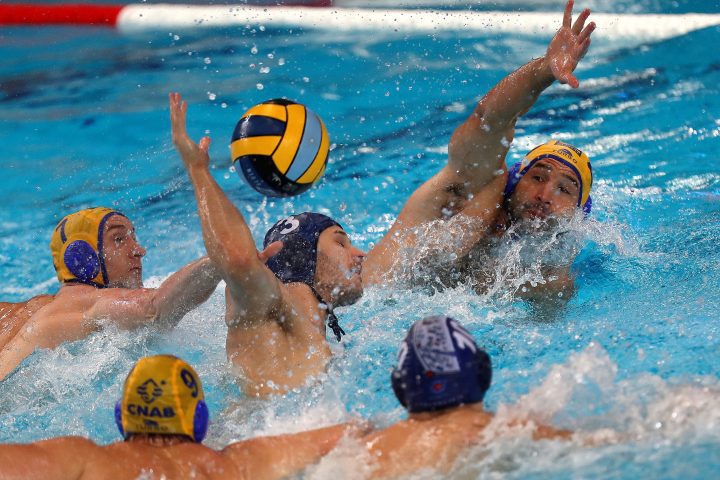 Barceloneta and Hannover will play in the 5th-place match at the Champions League Final Eight.

Hannover defeated Marseille 11:9, while Barceloneta was better than Jug (12:9). 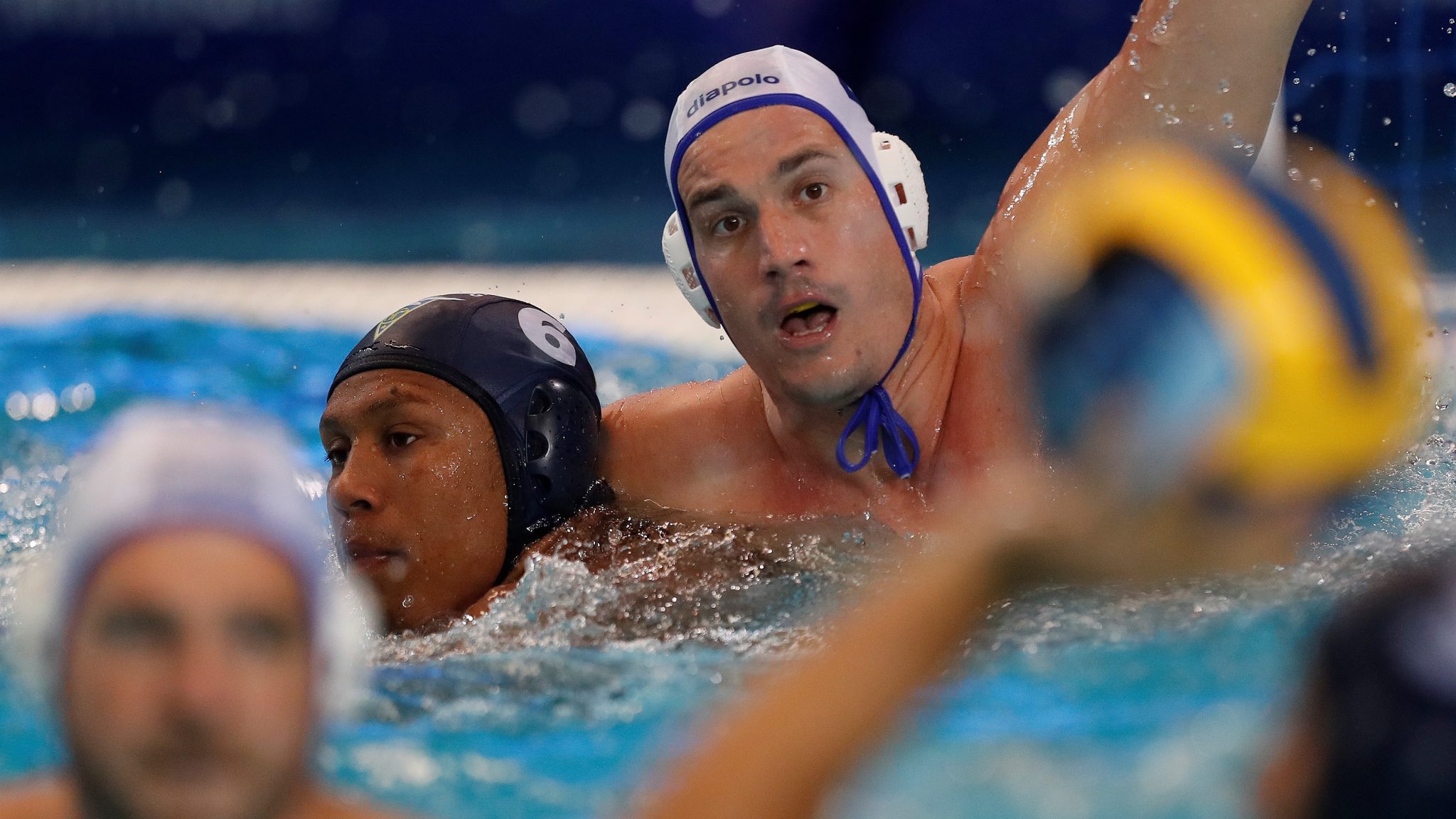 After consecutive losses suffered on Day 1, both teams wanted to prove they deserved their spots in the Final Eight. Neither of the teams surrendered before the match, so 70-80 spectators in the stands of the Belgrade pool (medical, security and other technical staff are included in this number) and the TV audience watched an interesting game. Hannover recorded a win thanks to a great comeback in the fourth quarter. 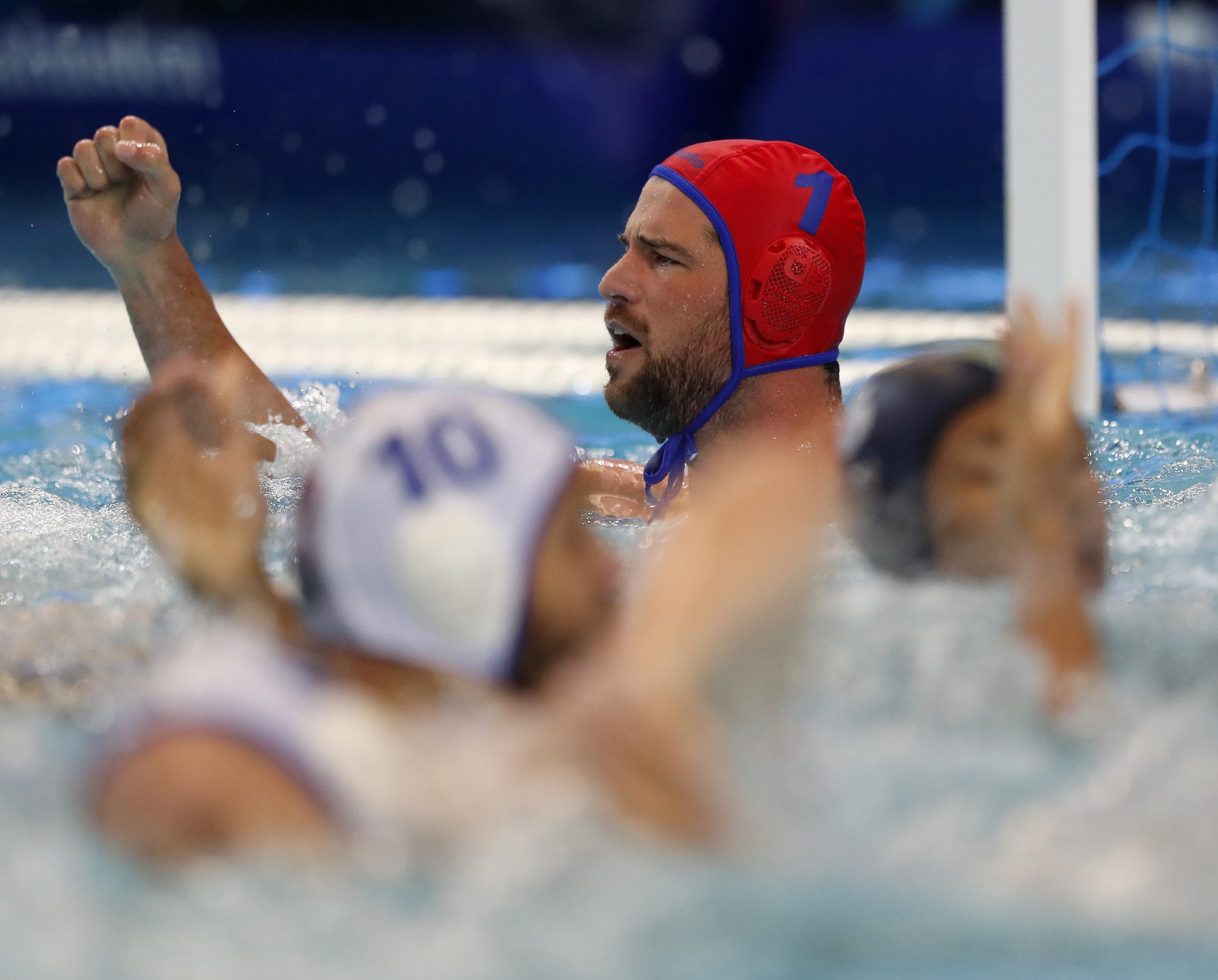 Both teams had pre-match problems. Marseille had a 12-player roster, due to Covid cases, just like in the quarterfinals against Novi Beograd yesterday. Waspo98 played without injured captain Aleksandar Radovic.

Marseille dictated the pace in the first three periods, but Hannover was always just a step or two behind. During the first three periods, the Germans equalized twice – 1:1 (2nd minute) and 6:6 (21st minute). After 6:6, Ugo Crousillat scored a power-play goal. Shortly after, Andrija Prlainovic converted a man – up and Marseille regained a 2-goal lead (8:6), but not for a while, as Petar Muslim scored from a 6 on 5 to half the difference before the final period (7:8). 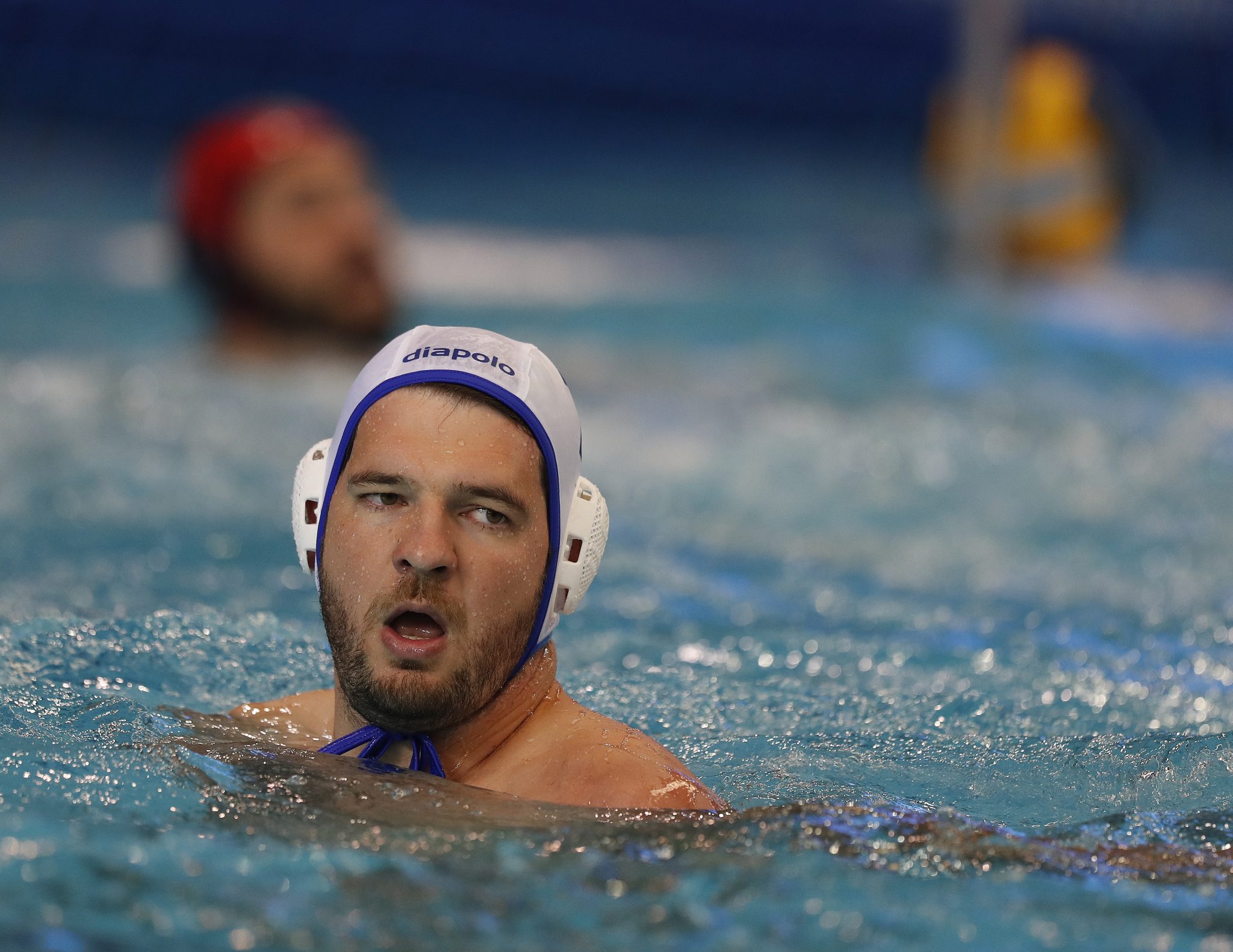 Besides Petar Muslim, who found the net six times, and goalkeeper Moritz Schenkel (16 saves), were the heroes of the wins.

“Yes, Moritz Schenkel made the difference, and Muslim played excellently. We played much better than against Brescia yesterday. This is a big win for us. We will battle for 5th place for the second year in a row. We have already achieved significant success. Last year, we beat Olympiacos in the F8. This year, we defeated Marseille and we’ll try to play better tomorrow.”, Karesten Seehafer, Waspo’s coach, said.

“We dictated the pace for most of the time, but we didn’t manage to keep the match in our hands until the end. But, it isn’t unexpected, considering that we had 12 available players. I had to improvise some things in our tactics. We lost freshness and power in the final minutes. Unfortunately, we didn’t reach the level of play we had in the Preliminary Stage”.

Barceloneta’s coach Elvis Fatovic, who was Jug’s player and coach for years, for the first time in his career, guided a team in the match against Jug. Today’s encounter was something special for the Fatovic family. Elvis Fatovic’s son – Loren has been Jug’s captain since the beginning of this season. Still, this wasn’t the first clash between Elvis and Loren. The two met several times at the FINA competitions  in a period when Elvis was Australia’s coach, 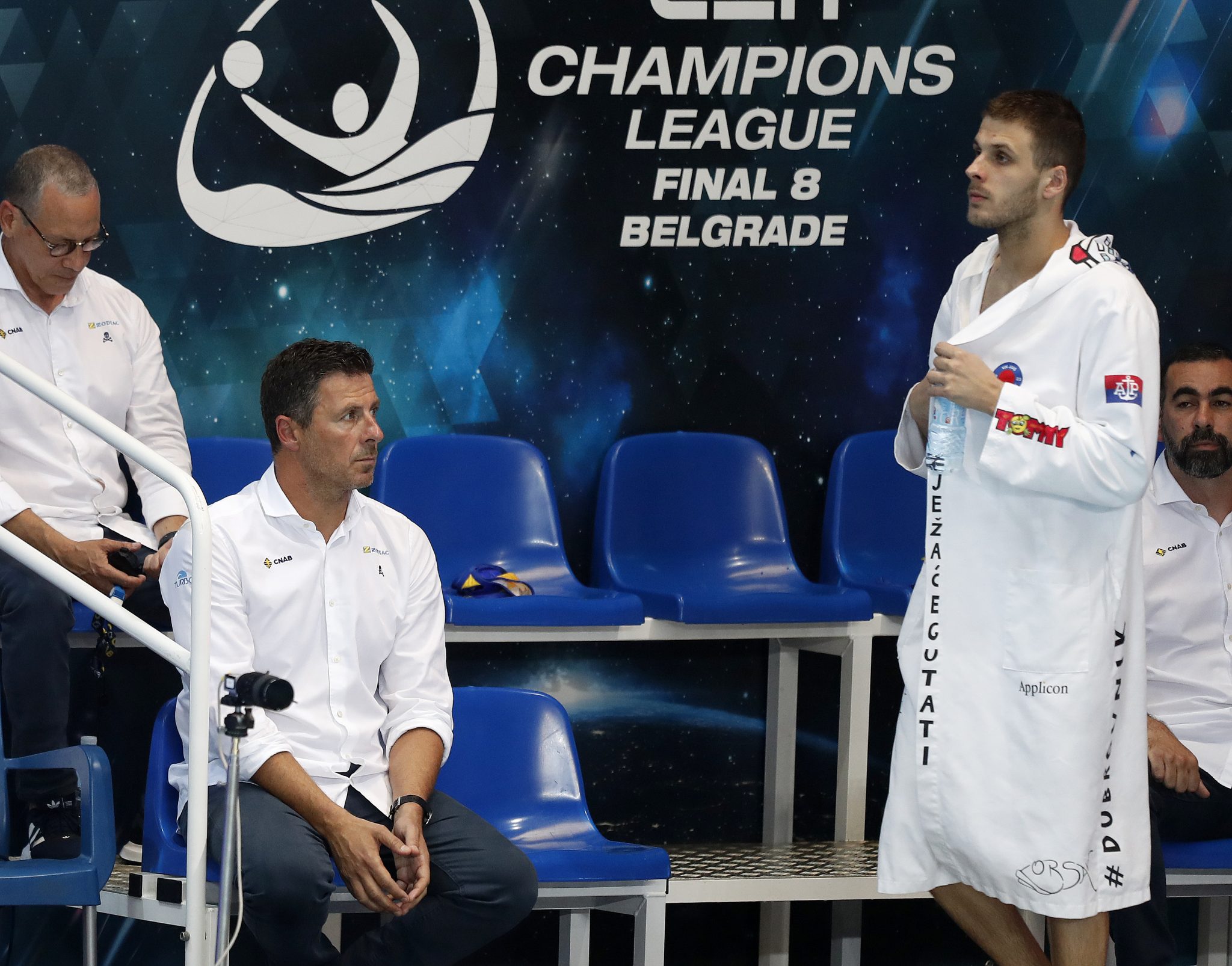 Barceloneta played with 12 players. After yesterday’s game against Pro Recco, and a VAR check, Alvaro Granados was red-carded for brutality and he had to miss today’s encounter.

After 2:2, the Spaniards produced a 4:0 run and went to 6:2 before the middle break. Jug made a lot of mistakes in the attack in the first half, they hit the post several times, etc. 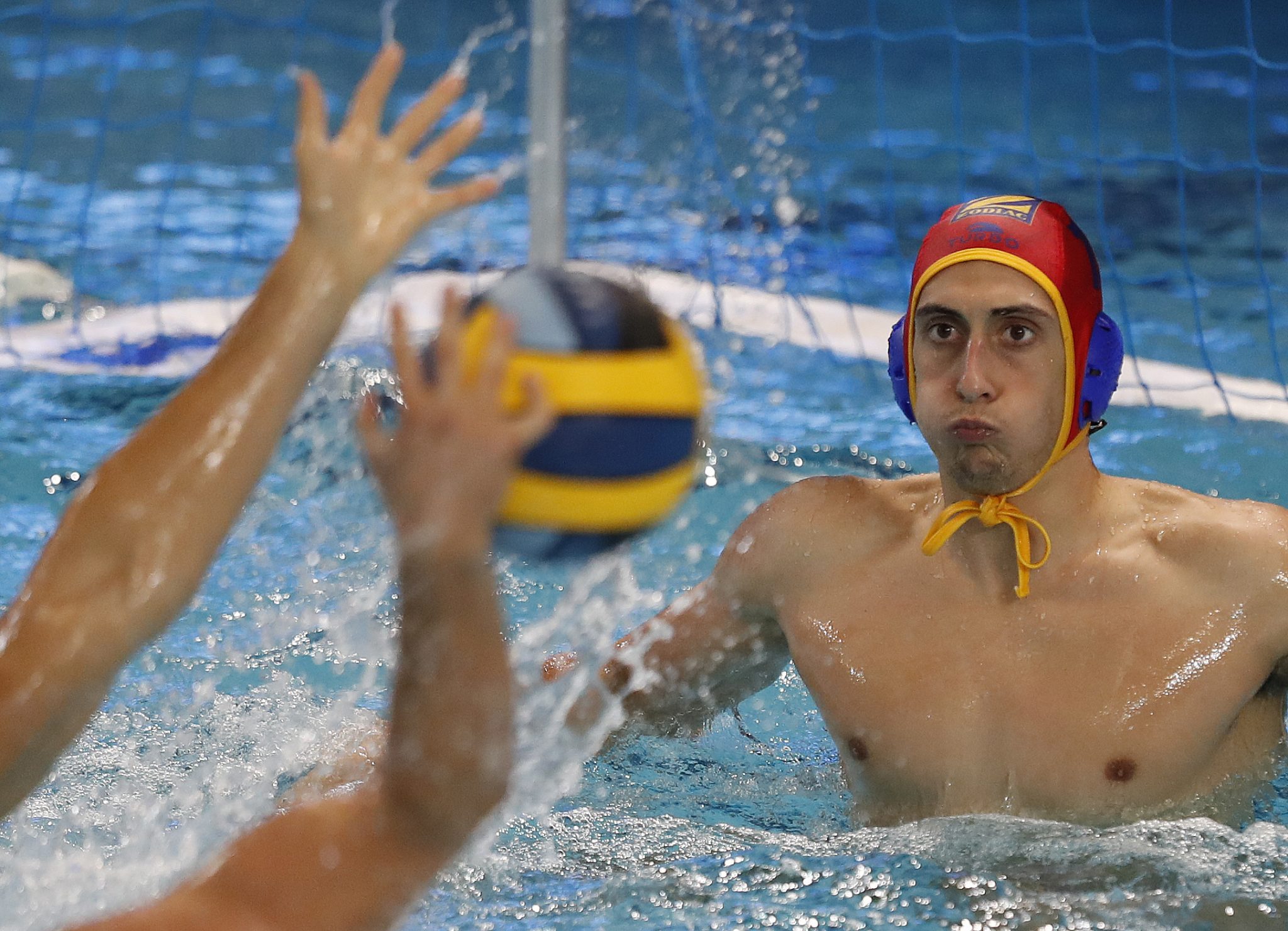 Still, Jug players regrouped themselves during the 3-minute break between the 2nd and the 3rd quarter . They reduced the gap to one goal (6:7), after Kakaris converted a man-up (20th minute). Shortly after, the Croats had an opportunity to equalize with a man-up, but Aguirre saved a shot from Kakaris. Immediately after that save, Unai Biel Lara doubled the Spaniards’ advantage from a counterattack. Twelve seconds before the last break, Bustos scored from a 6 on 5 for 9:6. 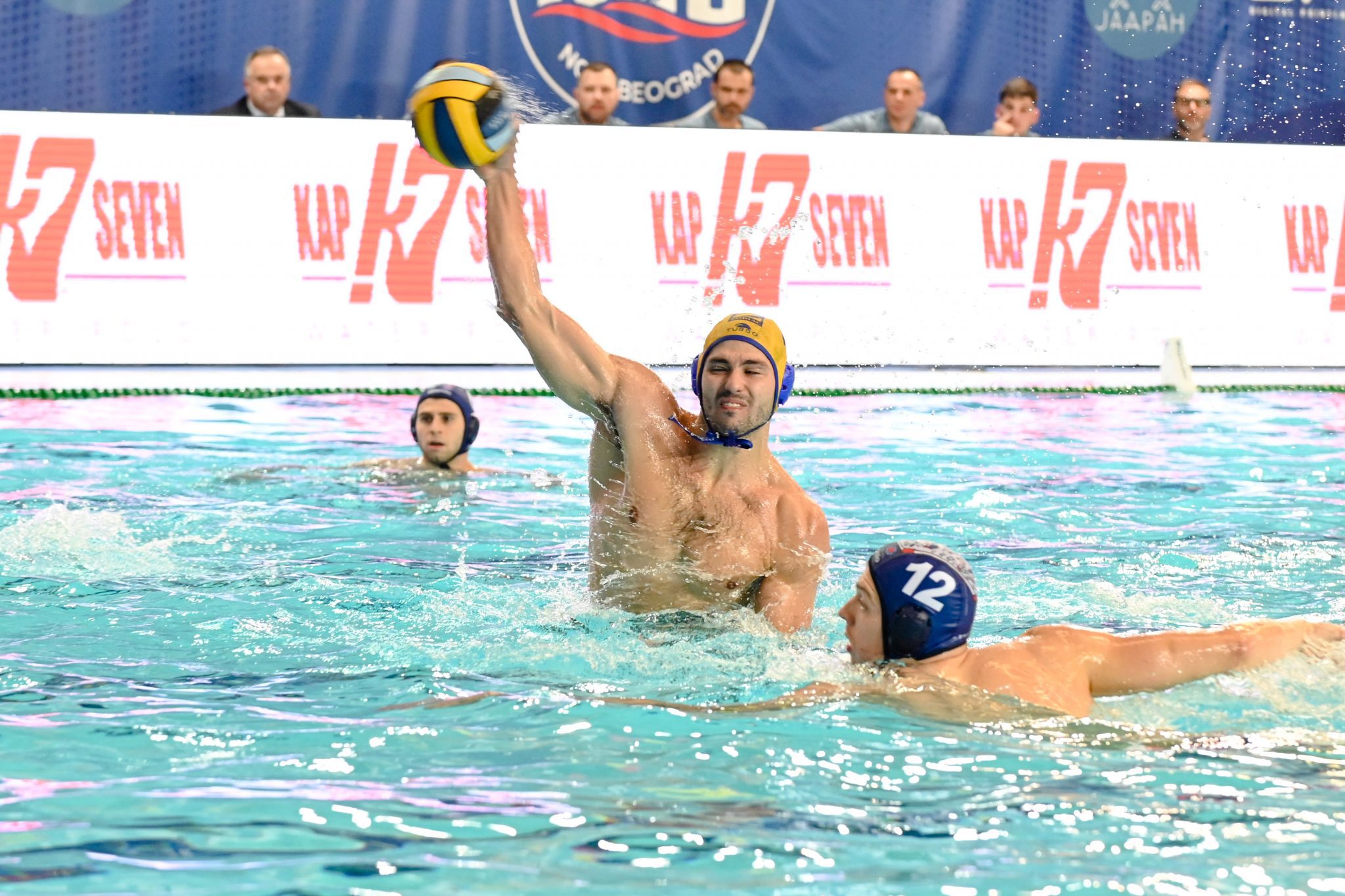 Early in the fourth period, Larumbe scored an action goal for 10:6 and after that Jug couldn’t come back once more.

Asked to comment on the first game against “his” Jug, Elvis Fatovic, Barceloneta’s coach, said:

“Yes, this was my first game against the club which I played for and coached for years. But, before the match, I didn’t think a lot about these facts. I didn’t have a lot of time to think about it between yesterday’s quarterfinals and today’s semis. All in all, I’m glad that Barceloneta managed to recover from yesterday’s loss and was a more motivated rival today. Despite we had a player fewer from the beginning, because of Granados’ red card, we controlled the game. This game proves that Barceloneta has its character as a team”

“The tournament was practically over both for Jug and Barceloneta after defeats in the quarterfinals. We are very tired at the end of a very demanding season. In the games like this, it’s most important to avoid injuries and to stay healthy. Many of us won’t have much time to rest, because the season for the national teams is very near”.