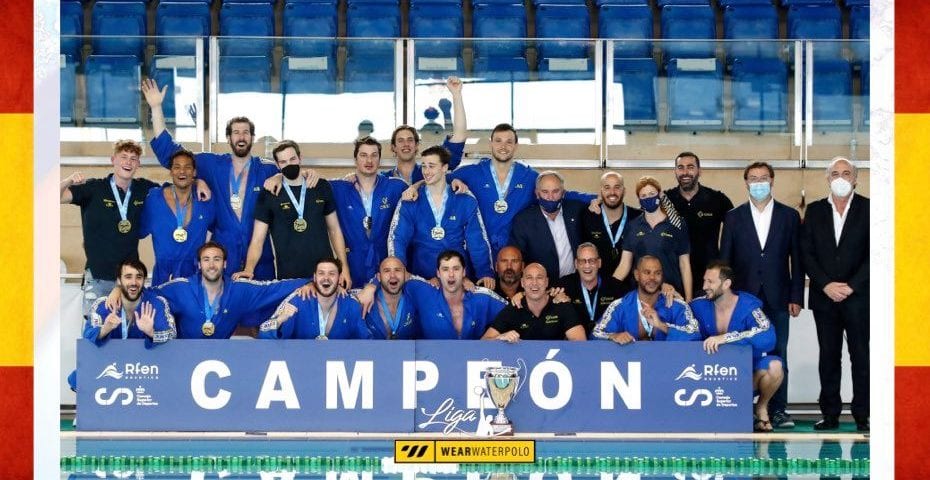 Barceloneta continued its domination in the Spanish League.

Barceloneta won its 16th consecutive title of the Spanish champion after beating Barcelona in the first two matches of the final (best-of-three). Barceloneta defeated Barcelona (12:4) in the first game, played on Saturday. Today, the reigning champion recorded a 12:7 win in Barcelona’s pool.

Barceloneta opened the first game with a 3:0 lead. Still, Barcelona water polo players regrouped themselves during the first break, and reduced the gap to one (2:3), before the middle break. However, Barceloneta retook control in the second period, it scored four unanswered goals and jumped to a 7:2 lead. After that, the visitors couldn’t come back.

The second match offered more excitement, Barcelona kept up with the favorites for more than two quarters. But, the reigning champion recorded a convincing win. The man who made the difference was Alvaro Granados, who scored six goals. Some these six goals came in the crucial moments – when Barcelona was trying to come back.

The first quarter belonged to Barcelona (2:1), but Barcelona had a 5:4 advantage at halftime. In the opening minutes of the second half, Barcelona equalized twice (5:5 and 6:6), but after each of the two hosts’ goals, Granados responded immediately and put his team in front. Granados found the net for 7:6 in the 20th minute. After that, Barceloneta added three goals in a row. The visitors built a 10:6 lead before the last break and that was vital for the outcome.

Barcelona is a record-holder of the Spanish Championships with 59 titles but it hasn’t won the league since 2005. After that, Barceloneta’s domination started.