Barceloneta’s goalkeeper withdraws from water polo, to become a doctor 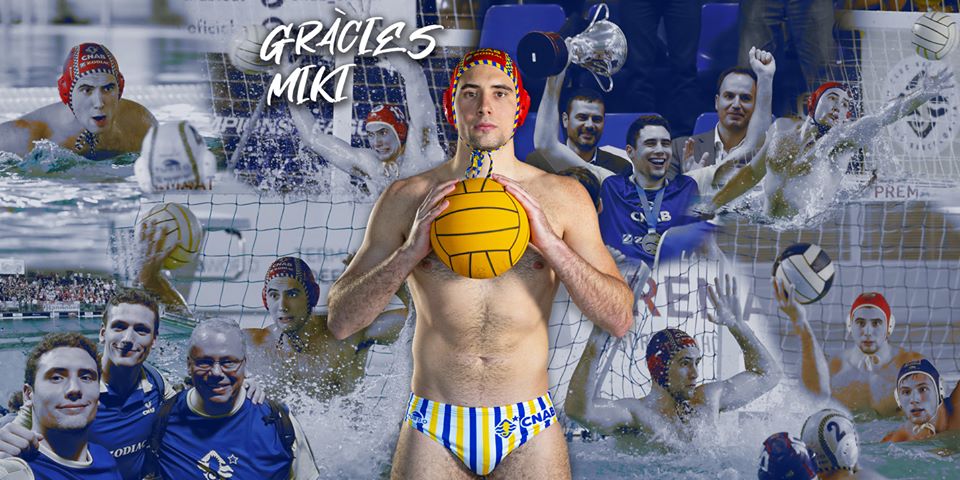 Spanish champion Barceloneta announced that Miguel Linares (the second goalkeeper) had left the club. No, he is not moving to another club.

Linares is leaving water polo, although he is just 23-years-old. He is a medical student. He has a lot of duties at the Faculty of medicine in Barcelona and because of that, he was forced to quit playing water polo at a professional level. It has become very complicated for him to harmonize his activities at the Faculty with the training sessions and trips around Europe with Barceloneta. He decided to dedicate himself to medicine.

Linares played in Barceloneta since his young age, while he became a member of the senior team six years ago, and won six titles in the Spanish League, two bronze medals in the Champions League (2015 and 2018), the 2014 LEN Super Cup…

A 40-years-old Dani Lopez will be still Barceloneta’s first goalkeeper. Linares will be probably be replaced by a Brazilian  Joan Pedro Coimbra, who has played in Sant Andreu. He is actually Barceloneta’s player who was sent to Sant Andreu on loan.

The most interesting pieces of information about transfers have been coming from France and Italy in the last few days.

The mass exodus of players from Sport Management continues. An experienced defender Giuseppe Valentino (30) left Sport Management and moved to France, he signed a contract with Strasbourg. Valentino played for Sport Management for four years (2016-2020), after he was a member of Como, Nervi, Camogli, Brescia and Acquachiara.

Valentino is Strasbourg’s second reinforcement this year, after Montenegrin Sasa Misic, a center-forward who came from Miskolc.

Telimar Palermo is still very active in the transfer market. After several Italians, Telimar managed to bring the first foreigner. WaterpoloItaly published that a 29-years-old attacker Andrija Vlahovic arrived in Palermo from Solaris Sibenik. He was Solaris’s captain. He came to SIbenik in 2018, from Mladost Zagreb.

Telimar’s next addition might be an attacker Alex Giorgetti (33), who played for Savona, Florentia, Pro Recco, Canottieri, Hannover… He signed a two-year contract with Iren Quinto last summer. But today, Iren announced that it had terminated the contract with Giorgetti.

Canottieri Naples appointed a new coach. In the next season, the team will be guided by Enzo Massa, who was an assistant of the previous coach Christian Andre.

At the same time, Florentia left without a coach. Roberto Tofani said goodbye to Florentia after an agreement with the club. “The current conditions do not allow us to continue the journey undertaken together by the plan which was made in 2017”, Tofani said. Florentia still hasn’t decided who would succeed Tofani.