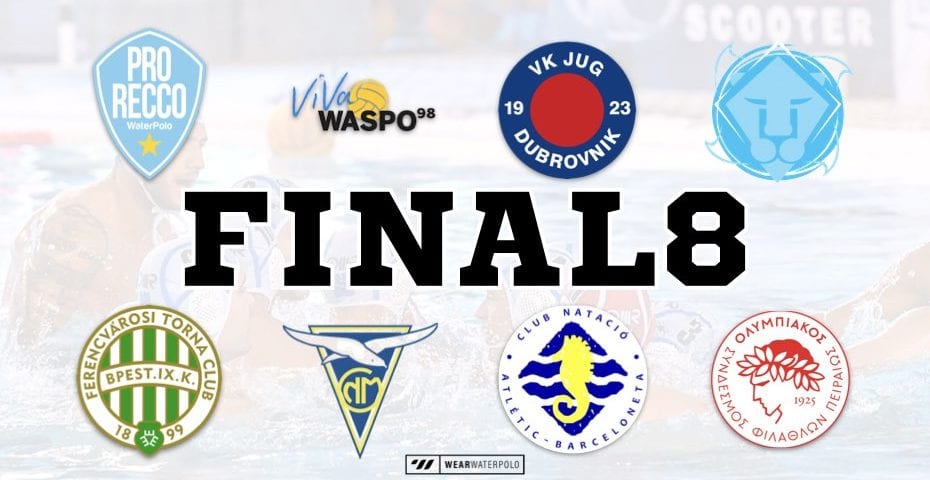 The Final Eight of the 2020/21 Champions League begins tomorrow in Belgrade.

For the first time after many years, the tournament will be played in a neutral field (Water Polo Club Novi Beograd is a host). Besides, for the first time, there will be no spectators in the stands. The coronavirus pandemic has left its consequences on sports. Water polo and the LEN Champions League aren’t exceptions. We hope that everything will get back to normal in the next season.

Five of the eight clubs have already won the Champions League. Brescia, Waspo, and Marseille, which will debut at F8, aren’t in that circle. But, Brescia and Marseille have European trophies in their treasuries.

It’s hard to single out one favorite for the title. As usual, Pro Recco is one of the most serious contenders for the trophy, but it hasn’t won the Champions League since 2015. Ferencvaros, Jug, Barceloneta, Olympiacos, Brescia also have high ambitions. Hannover and Marseille hope they can surprise the favorites.

The first quarterfinal encounter is the only game, which the outcome is predictable, but a surprise is always an option. Pro Recco is the only unbeaten team in the 2020/21 Champions League. The Italians finished the group stage with 10 wins in as many games. Recco is the only team that had a positive goal difference in Group A (+48). 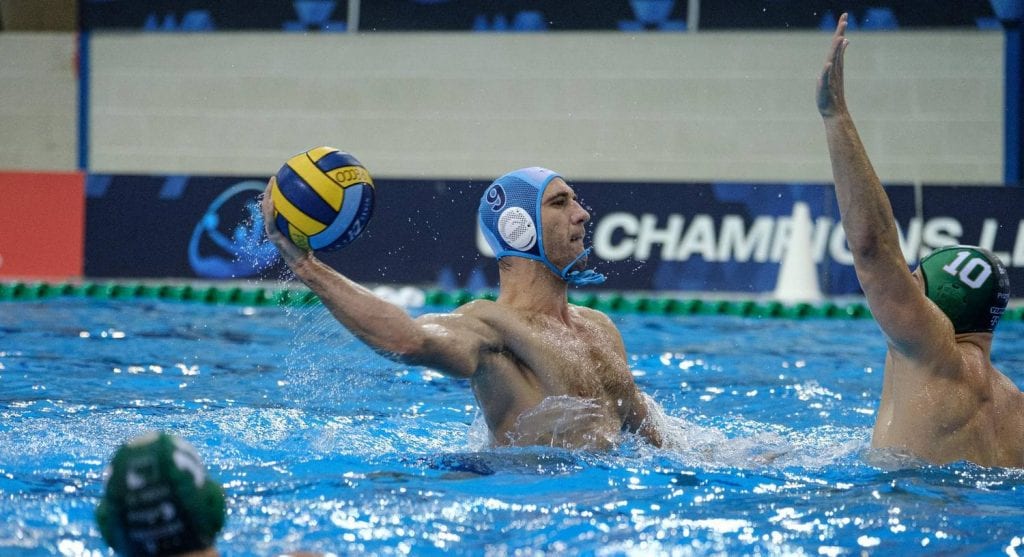 Hannover already achieved success by securing a spot at the Final Eight. The Germans won’t debut at the F8, but they qualified for the tournament for the first time (two years ago, they were the hosts). They had a good season in the national competitions. Hannover successfully defended the trophies in the German league and the German Super Cup.

Pro Recco water polo players didn’t finish the season in Italy in the way they wanted. After 14 consecutive titles in the champion, they lost to Brescia in this season’s final. However, that defeat might be a “shock therapy” before the F8.

Two years ago, Waspo made some headaches to Pro Recco in the quarterfinals of the F8 in Hannover. Still, the Italian giant recorded a 14:10 victory, but it was stopped by Olympiacos in the semis, a day later.

All in all, Recco shouldn’t have problems tomorrow. 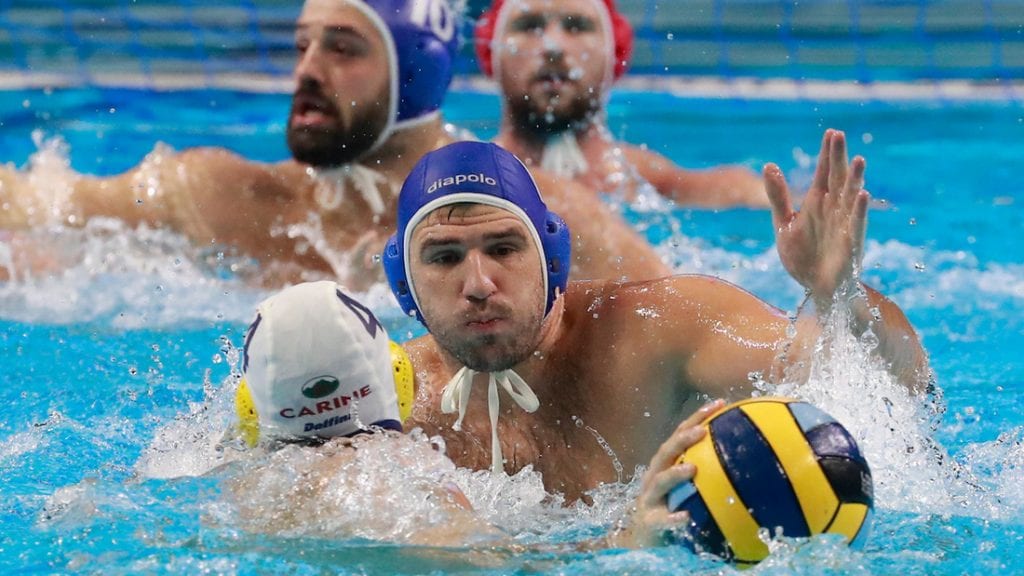 Considering the tradition, quality, and experience of the two teams, Ferencvaros is the favorite in this encounter. But Marseille isn’t an underdog at the F8.

Ferencvaros, the reigning European champion, is one of the clubs which had ups this season. The team from Budapest won the Hungarian Cup in September, but it didn’t defend the national championship. However, it shouldn’t be forgotten that Ferencvaros had a lot of problems with injuries and coronavirus infections, which affected their performances in the most important games. Denes Varga was out of the pool for a long time. Although they had difficulties, the Hungarians won 1st place in Group A, ahead of Barceloneta and Brescia. 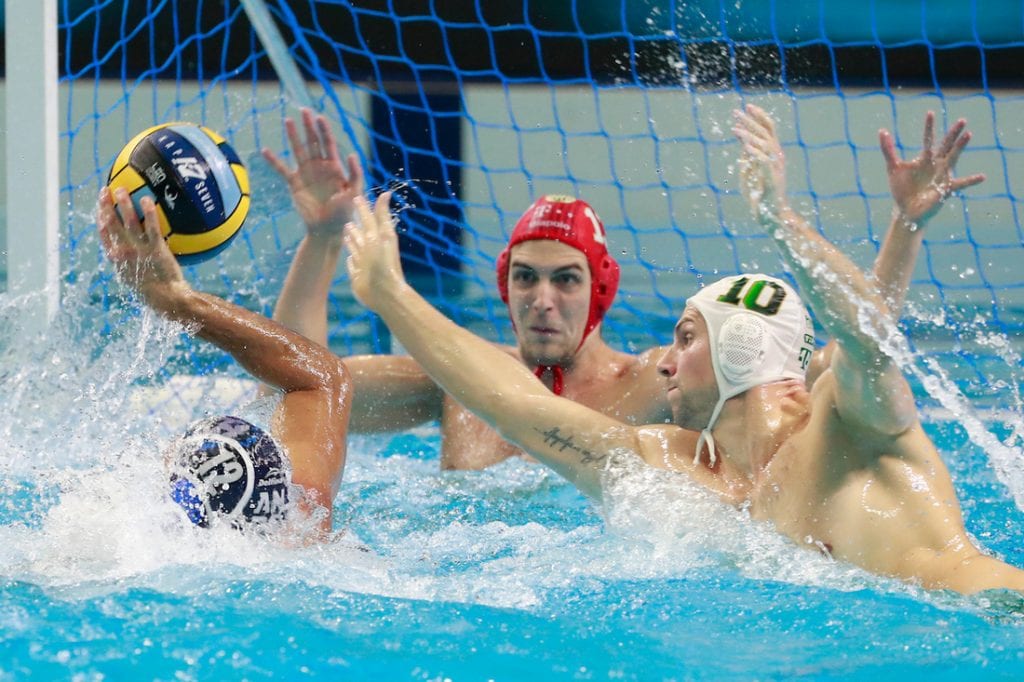 Marseille celebrated its 100th birthday this year, but the club didn’t have great successes at the European stage until 2019, when the French won the LEN Euro Cup. Last summer, they composed a very good squad, led by three newcomers Andrija Prlainovic, Dejan Lazovic, and Vladan Spaic, Ugo Crousillat, Ante Vukicevic, Uros Cuckovic etc. Marseille collected only 13 points in Group A, but it caused headaches to many favorites. The French were tough rivals to Pro Recco, Jug, Olympiacos. They played better and better as the end of the season was approaching (they even defeated Jug and Olympiacos). So, Ferencvaros won’t have an easy task. If Marseille wins, it won’t be a big surprise. 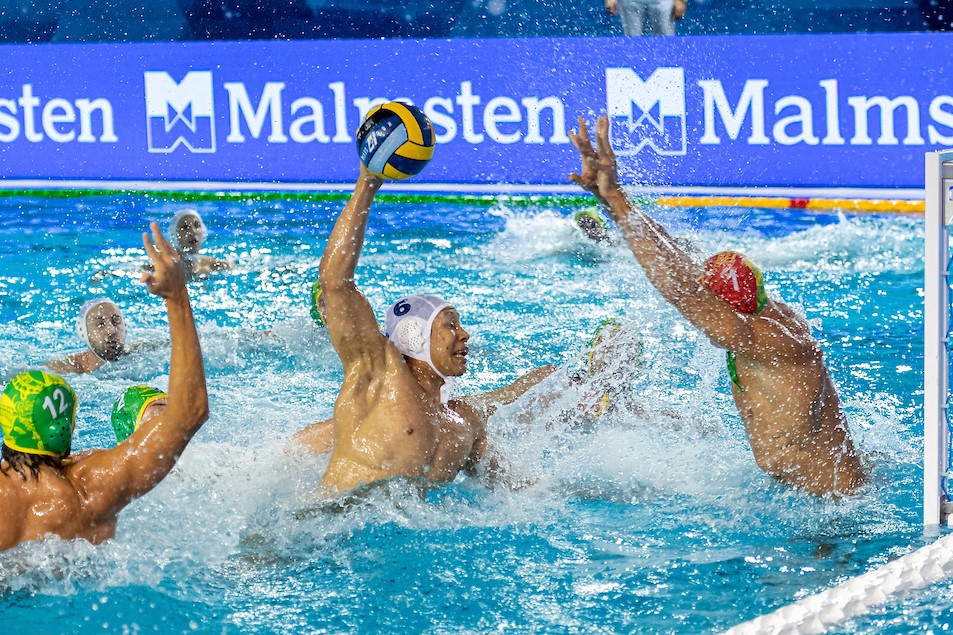 These two teams faced off in the 2019 LEN Super Cup. Marseille led 8:4 at halftime, but Ferencvaros recorded a 14:11 victory. However, Marseille has made significant progress in the last two years.

Jug and Brescia finished their national seasons on the same day ( last Wednesday) but in different moods.

Brescia broke the monotony of the Italian Championship and dethroned Pro Recco.

Jug lost to Mladost in the 5th game of the playoffs final and didn’t manage to win the 6th straight title of the national champion. Jug lost three finals this season. Mladost defeated Jug in the Croatian Cup final, too, while Radnicki Kragujevac was better than the Dubrovnik-based team in the Regional League final. The Final Eight is Jug’s last chance to win a trophy in the season 2020/21. Jug is one of the best clubs in the world in this century, but the runner-up of the Croatian League is the only of the eight participants which hasn’t won a trophy in national competitions this season. 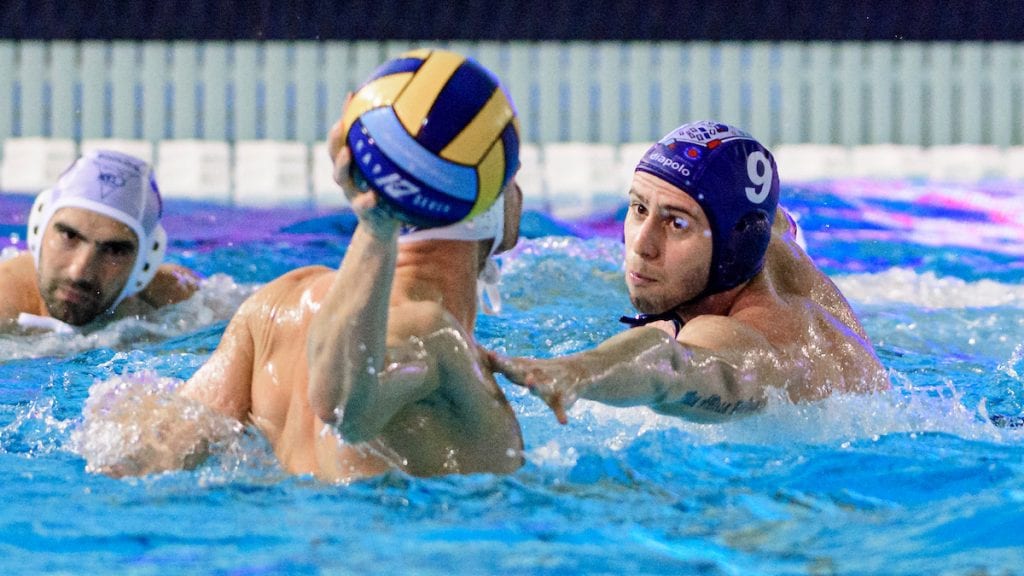 The Dubrovnik-based team had many ups and downs during the season. The Croats suffered a few painful losses (including a 3:18 to Recco), but they had some great moments, too.

Brescia played well throughout the season. They were on a stable level. Brescia beat Ferencvaros twice, but it lost to Barceloneta twice, and was surprised by Jadran in the 9th round. Still, the results proved that Brescia had done a great job in the transfer market by bringing several reinforcements, like Maro Jokovic, Angelos Vlachopoulos, Djordje Lazic, Vincenzo Renzuto, Edoardo Di Somma… The latter won’t play at the F8 due to an injury suffered in the playoffs’ final. 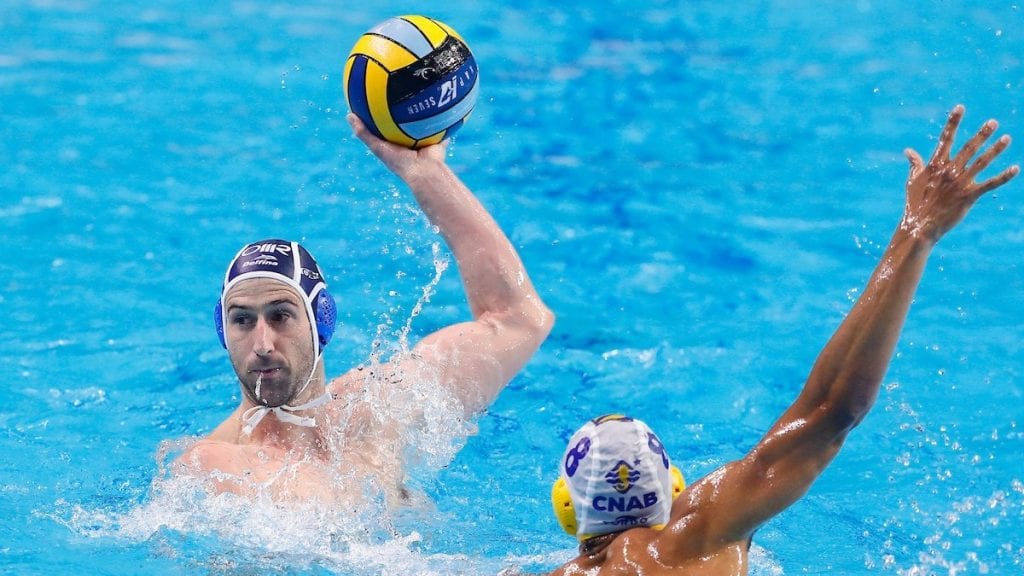 Winning the Italian League boosted Brescia’s hopes that they could reach the Champions League’s semifinals for the first time in the club’s history. We’ll see if Jug water polo players can do their best in Belgrade after three lost finals.

The quarterfinal day will be closed by an encounter between two former European champions and regular participants of the final tournaments in the past few years. Barceloneta has played in the final once, and won the trophy on home soil in 2014. Olympiacos reached the Champions League final game three times in the last four completed seasons and won the trophy in 2018. That year, the Greeks stunned Pro Recco in the final in Genoa.

Both clubs dominated their national competitions and completed the season with “double crowns”.

Tradition and the results in the last few seasons say – Olympiacos is a favorite here. But, reality differs from tradition. 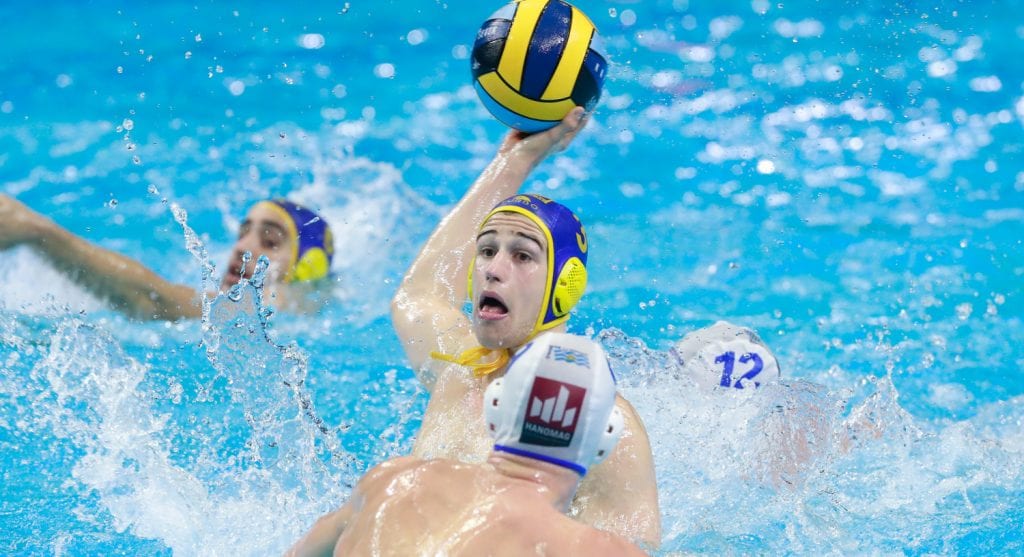 Barceloneta entered this season with almost the same team that played in the previous one. The Spanish team is experienced. The players know each other very well. They have been part of Barceloneta for a long time. Perrone, Lopez, Granados, Aleksic, and their teammates finished 2nd in Group B, with the same number of points as Ferencvaros. But, the Spanish side suffered two narrow losses to Ferencvaros (8:9 and10:11) and that was decisive in the battle for the top spot. Barceloneta could return to the European throne, but it isn’t a favorite against Olympiacos. There is no favorite. 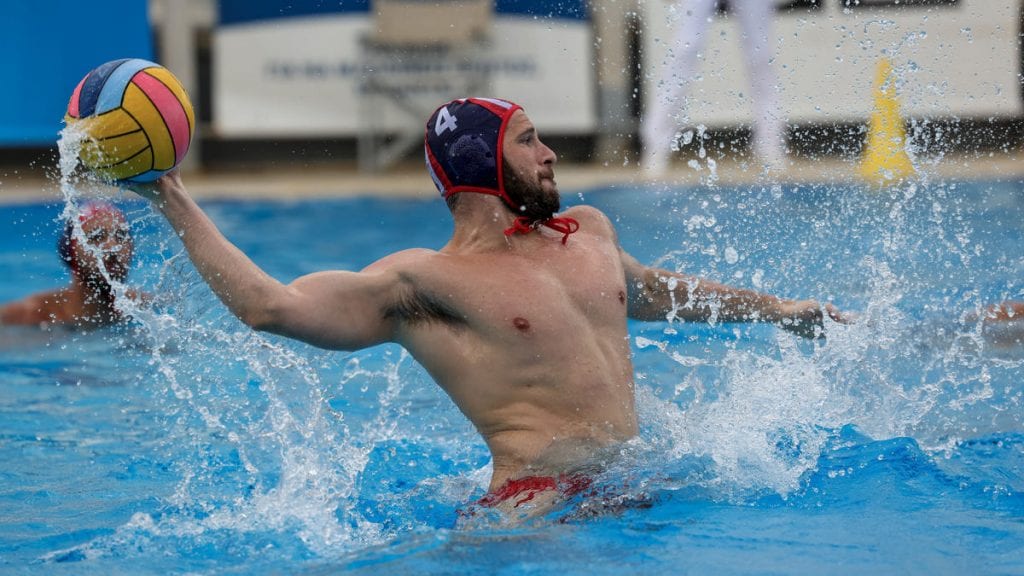 The best Greek club made many changes on the roster last summer and didn’t play soo well in the group stage, as in the previous seasons. The Greeks’ goal in the next season will be the Champions League trophy, for sure. They already proved that by signing contracts with superstars Filip Filipovic and Andro Buslje, and talented Djuro Radovic (some other great players are on the way to Olympiacos). This season is a warming-up for the next one, but a spot among the best four in the 2020/21 Champions League isn’t an unattainable goal.

If predictions come true, tiny details will make a difference in this match.