#BeachPolistas — Play in the Sea, Enjoy the Sun, Score Goals with Your Feet! 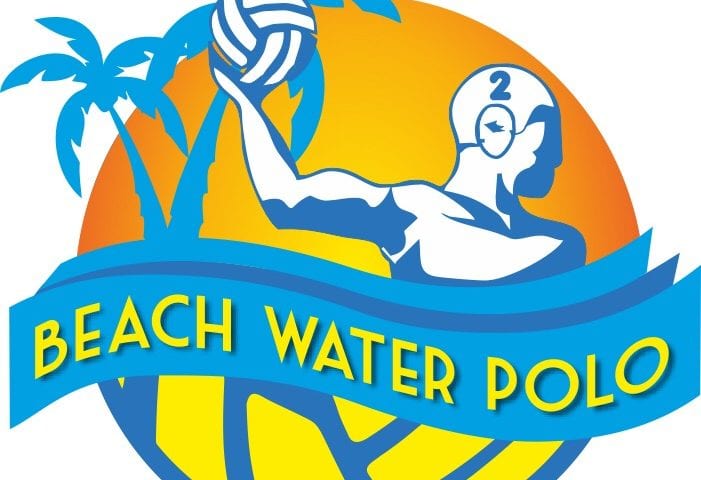 Water polo — always in the water, but rarely in the sea. But what better way to spice up the game than to put in on the beach?

Thanks to the hot summer and Europe’s beautiful beaches, there are many local water polo tournaments taking place on the shores of the old continent. Today, we’re visiting Greece to take a look at one of the biggest Beach Water Polo competitions around the world.

Recently, Greece hosted one of the finest beach water polo Europe has to offer. #BeachPolistas occupied the beach of Akanthus, Greece from the 24th to 26th of August, with 32 Europen teams competing during the tournament.

With each new year, the tournament grows and changes locations for the fans and players to enjoy the best of summer and water polo. Dive in to learn more about this spectacular event!

2018 featured the 9th installment of this amazing tournament. The official competition is held in Greece and on Cyprus, inviting all teams willing to test their skills in the salty water. Acanthus was the host this time, but it will be a different place for the next competition.

This #BeachPolistas tournament was the biggest one by far, but the organization keeps on growing and attracting new players and fans. Which means that only the sea is the limit for picking a new place for the next tournament.

Also, Akanthus tournament was not the last one this year. There will be one more in September in Volos (the city where the Women Youth World Championship was held). 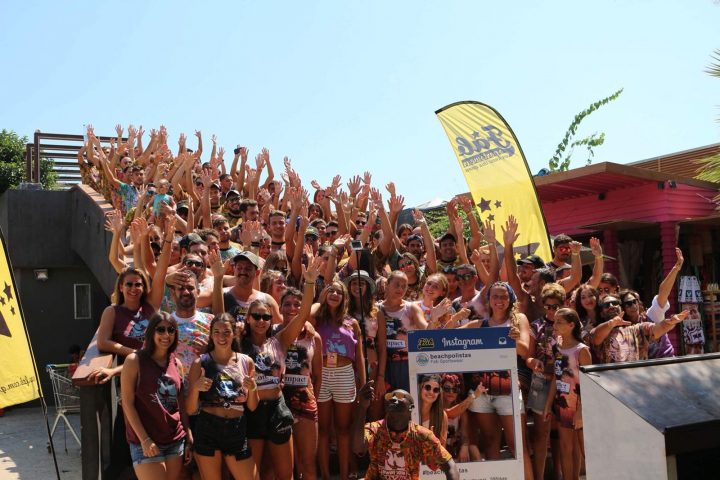 What is beach water polo if not fun and engaging?

#BeachPolistas implemented a set of interesting rules to spice up the competition. And those rules are as unique as they can get. Some of the rather interesting ones include:

If you score with your head or foot, it counts as two points.

If you score a backhand shot from your half of the playfield without crossing the middle, it counts as three points.

Additionally, you can score from the corner. Also, it’s encouraged to keep the ball in the court, as you get a free penalty shot if your opponent’s ball ends up out of bounds three times.

See how the rules apply during a live game:

This year, 32 teams gathered on the event to play against each other. That’s a big growth, as 2017 had 24 teams signed up. Apart from Greek teams, rosters from Germany, Cyprus, Turkey, and Egypt participated this year.

The 2018 trophy went to team Pandas. They were followed by Tsouvaleiros who got the silver and Votka Juniors who won the bronze.

There was also the MVP award (Nikos Giakoumakis for men, and Ioanna Touloumtuidou for women). The competition was streamed live on Greek television and it was the biggest event of this kind by far. 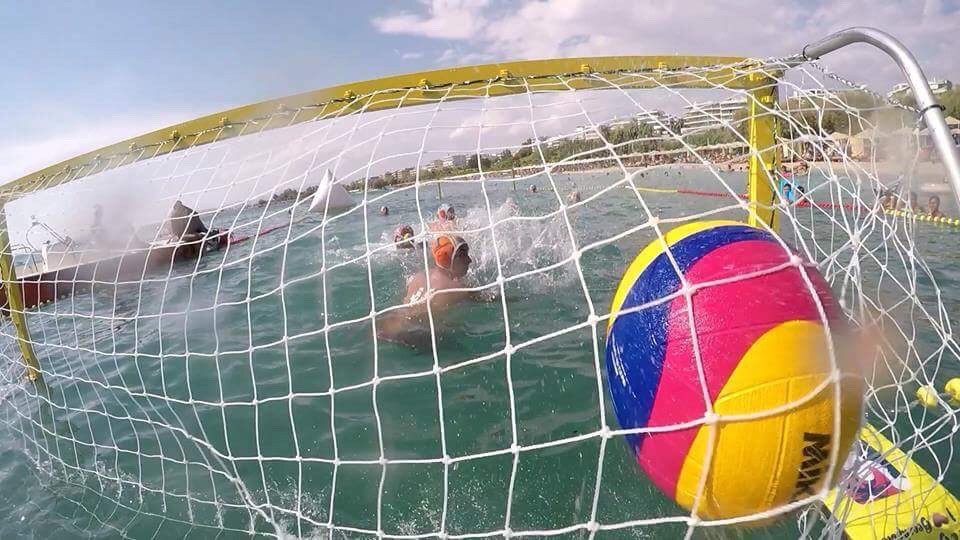 On the second day of the tournament, familiar faces showed up at the event.

Check out #BeachPolistas for yourself and apply for the next event in September. As always, follow Total Water Polo on Twitter and Facebook for the latest news.