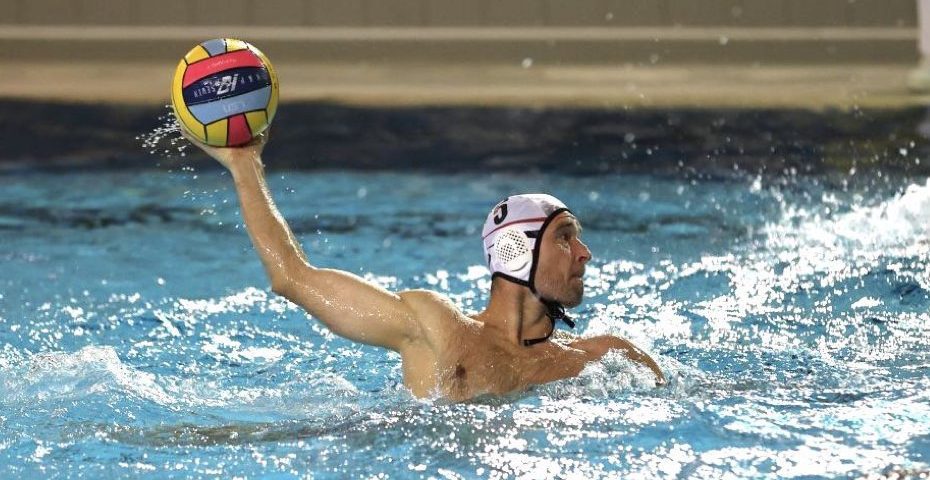 For this season we are adding Belgium water polo league to our regularly weekly coverage.

When the Covid pandemic hit Europe in 2020, all competitions were postponed or cancelled. In Belgium, like in a lot of countries, the federation decided eventually to cancel the competition completely and not to appoint any winner. Antwerp (AZSC) was steamrolling through the competition in the 2019-2020 season, and it looked like there was no opponent that year who would be able to match their level. Unfortunately for them, they couldn’t finish their great season.

2020-2021 started with a lot of doubt and uncertainty. The Belgian federation and clubs tried to start with the new season, but in the end, it was once again cancelled due to the Covid pandemic, and the strict measures imposed by the Belgian government.

Finally, 2021-2022 promises a lot of action again in Belgium and for now it looks like everything will proceed as normal. Most clubs were able to keep their team roster and are preparing to start again with competition on the last weekend of September or early october. Nevertheless, a lot of transfers happened in the last couple of months. Below we give a small summary of the incoming and outgoing transfers in the Belgian first division.

As mentioned before, Antwerp had a very good season in 2019-2020, but unfortunately couldn’t finish their it with a price. Since then, there have been a lot of changes on the team. The biggest loss for Antwerp was without a doubt their center forward, Toni Opacak. After the 2019 season, Toni left the club for the Croatian club VK Osijek. Another great miss will be one of their key players, Greg Heirman who retired.

For the upcoming season AZSC invested in a lot of young talent, Pieter-Jan Dhooghe (WZK) joined the team together with Luka Pannecoecke (ROSC), both Belgian youth internationals of the U19’s squad. Head coach Jorn Dams stepped down and was replaced with a new Spanish coach, Luis Ramón Lalinde Sanches.

Club Natation de Tournai who have been regular contestants for the title and/or Belgian cup in the last couple of years will probably know a more difficult season in 2021. The club near the French border are investing into new and upcoming youth players.

3 key players left the club or retired. Kevin Sterling returned to France, after only a single game played in the 2020 season due to Covid. The strong center forward went back to his former club of CN Noisy le sec. Furthermore, Gregory Moronval and Nicolas Golejewski retired. Tournai was able to convince 2 young talents (only 17 years old) to join them. Hector Droulez joined the club again after playing in France for ENT Tourcoing’s youth selections and Maël Leseney who comes from Douai.

Sandor Hirbek (Back from retirement)

No big changes in Eeklo for next season. Simon De Lange decided to retire and former Belgian international Michael De Boever came back out of retirement to join the squad again as a player/coach.

The last couple of years Kortrijk has been a steady team in the top 5 of the Belgian competition with very few transfers. The 2021 season is no difference with no new players joining or leaving the club.

ENL started the 2020 season with a new head Coach Kristjan Sundic, but never got the chance to see what the Croatian coach could bring to the team. Kristjan Sundic now took on a new challenge as assistant coach for the Belgian national team. He got replaced by Kevin Chavepeyer, former player of La Louviere who retired after the last (Covid) season.

No other Transfers noted for ENL.

Neither for Leuven there were any changes to the team roster, besides head coach Stephane Degand who decided to quit. At the moment, no news was published regarding a new head coach.

Mechelen has been busy on the transfer market in Belgium as well. Last year they already had a couple of new younger players added to their team roster, but also experience with a talented Croatian and former player of Jug Dubrovnic, Nikola Pavlicevic.  Now they can add 3 more experienced players. Vladyslav Dulin (23) coming back to his former club after playing 3 years in Stade de Reims (FR), Simon Van der Jeugt (24) who played for 2 years with Polar Bears Ede and Sammy Claes the 34 old captain of the national team who also played in the Dutch league last season with PSV.

RDM is the last official Belgian champion (2018-2019), which was their 10th title in the club’s history. In the last 10 years Moeskroen won the competition 6 times, so we can expect a lot of them again for the coming season.

Last season RDM had some great arrivals but weren’t able to keep them after 1 year without competition. Since then, Matthieu Almuzara decided to retire and Christos Papapostolou left the club again for a different adventure.

However, Mouscron was able to make all the necessary arrangements and complete the process for Iranian refugee Amir Dehdari to be eligible to play. A 28-year-old lefthander who played for the Iranian national team.

The 2020 season was supposed to be their reappearance in the first division after 13 years, unfortunately Ostend never really had the chance of proving themselves. For the 2021 season ROSC lost one of their young talents, Luka Panncoucke (18), to AZSC Antwerp. Luka will try to earn his place with the 2018 Belgian champion. As the newest member of the Superleague Ostend will probably have a tough season with one of the youngest squads of the competition.

TZK had been a steady newcomer in the Super league the last couple of years. Working slowly but surely towards a better position in the competition, but still battling every year to stay in the highest league. Luckily, one of their experienced players, Mick Gadeyne came back from retirement to help the team and especially the youngsters towards their goals this season.

Mick Gadeyne (Back from retirement)

The team of Sint-Niklaas will know a difficult season since the departure of 3 key players and none of them have been replaced so far. Pieter-Jan D’hooghe and Kristof Van Eynde joined Antwerp,  Dries Baudonck and Robin Ryckaert went back to their home team in Ghent.

A difficult first task for MZV on their first gameday in the Olympic swimming pool Wezenberg. Antwerp with the home advantage and supporters in the stands again, had an explosive start. Captain Niels Bus scoring the 3-0, lead the team to a 5-1 score after the first quarter. Jonas Trenson was able to take the 0 of the board for MZV. The second quarter was nearly a copy of the first, Antwerp kept widening the gap from 5-1 to 8-2. Niels Bus and youngster Pieter-Jan D’hooghe scoring their 2nd of the day. This quarter it was Tuur Damman who was able to find the net again for MZV.

The 3rd quarter looked promising for a moment for MZV. Tuur Damman scored his 2nd of the day for 8-3 and although Jay Van Hoey scored his 2nd for AZSC as well, it was Michiel Heynssens who brought MZV a little closer again with 9-4. Remarkable, because Michiel usually is the goalie for MZV. But Antwerp never gave the momentum back to MZV and continued to control the game towards the end of the 3rd quarter, finishing 12-4. The last quarter was just more of the same. Worth to mention, also 19yo Luka Pannecoucke, who made his debut in the Super league, also made his first goals for Antwerp.

No surprise either in the game between Leuven and Kortrijk. KWK took the lead in the first quarter and never got into trouble during the rest of the game. Both Niels van der Linden and Michiel D-hooghe were in good shooting form and got 6 goals each.

Despite quite some players leaving the team, WZK put in a more than decent effort, trailing ROSC with only one goal after the first quarter (2-3). The second quarter Oostende shifted a gear or two higher, 3-8 at half time. The second half of the game the difference between both teams was much smaller, resulting in 2-3 in the third quarter and 2-2 in the final one. End standing was 7-13

Mouscron started furious, scoring 4 goals in the first quarter, where ENL wasn’t able to score. After three minutes in the second quarter, the game seemed already over, as Mouscron was leading with 7-0. Halfway the second half, ENL was able to score the first one, quickly followed by a second one. 8 seconds before half time Amir Dehdari scored the 8-2. In the third quarter both teams managed to score 2 goals. The last quarter was for Moucron again, with 4-2, resulting in the 14-6 final standing.