Brazil goes to Budapest and Strasbourg 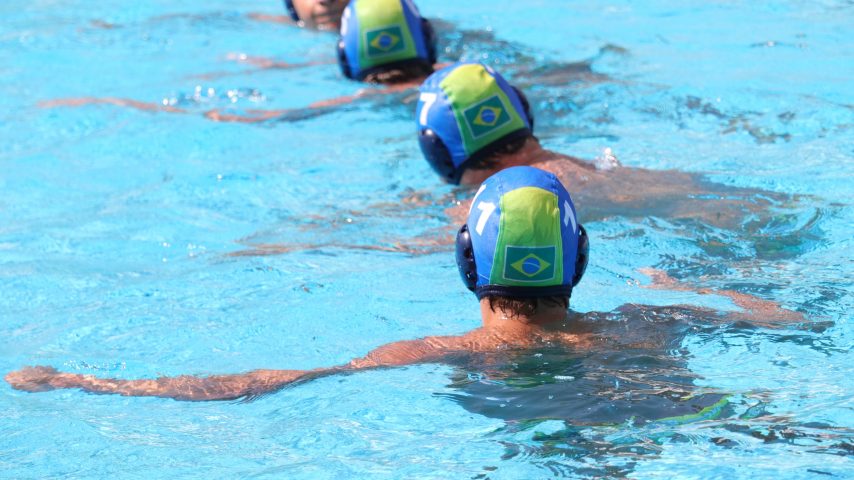 The most important match of the last day of the group stage at the FINA Men’s Intercontinental Cup in Lima was a South American derby. Brazil and Argentina faced off.

Brazil defeated Argentina narrowly – 12:11 and secured its semifinal spot, thus qualifying for the World League Super Final in Strasbourg and the World Championships in Budapest.

To remind, the best four teams at the tournament in Lima will play at the Super Final, while two teams qualify for the Championships in Budapest.

The United States and Australia had qualified for Budapest before the Intercontinental Cup. Canada secured its berth after the fourth round. Now, Brazil joined these three teams and completed the list of the teams qualified for the men’s water polo tournament at the 19th FINA World Championships (find out more at the end of the article).

The South American derby wasn’t the only exciting duel in the fifth round of the Intercontinental Cup. Australia edged out Team USA (12:11) and climbed to 1st position in the group.

Canada had an easy task in beating Colombia 14:5.

On Day 6, the semifinals will be played. Australia will face Brazil, while Team USA will front Canada. Argentina and Colombia will battle in the match for 5th place.

The World Championships berth and a spot at the World League Super Final were at stake in the South American derby. So, nothing but a big battle was expected.

The Brazilians controlled the match in the first half. Their defense was up to the task, which led Brazil to a 5:2 lead at halftime. But, after the middle break, Brazil’s defense disappeared. Argentina also allowed many goals in the third quarter. However, the Argentines managed to come back into the match. They caught up with the Brazilians in the 19th minute – Camnasio netted his second goal for 6:6. Coutinho gave Brazil a 7:6 lead. Shortly after, Argentina scored two and went in front – 8:7 (21st minute), but not for long. Brazil produced a 3:0 run. Rafael Vergara scored from a counter-attack to make it 10:8 with 37 seconds to play in this quarter. However, Argentina’s Thomas Galimberti closed the third quarter (9:10), so everything was open before the final eight minutes.

The Brazilians earned a 2-goal lead twice in the fourth quarter – 11:9 and 12:10. Their 12th goal came in the 28th minute when Gustavo Freitas Guimaraes converted a penalty shot. In the remaining time defenses did their job well. Besides, both teams missed a lot of shots. The next goal was scored only 33 seconds before the buzzer – Carlos Camnasio added his fourth for Argentina (11:12). However, this goal came too late.

Brazil recorded a 12:11 victory and will play at the World Championships for the fourth time in a row (the tournament in Budapest will be Brazil’s tenth appearance at the Worlds).

The game between the Americans and the Australians was open until the end. The “Sharks” secured the win and 1st place in the group with a last-gasp goal.

Australia got off to a better start and built a 3:2 lead in the first quarter. But, Team USA scored two unanswered goals in the second period, and opened the third with another for a 5:3 lead. The “Sharks” leveled at 5:5 and 7:7. An experienced Nathan Power put Australia ahead in the 23rd minute – 8:7. Tyler Abramson equalized immediately after, so the teams were tied at 8:8 before the last quarter.

After a quick exchange of goals in the first two minutes in the fourth quarter, it stood 10:10. In the 27th minute, Nathan Power scored his 3rd goal, and Australia led again – 10:9. The two rivals fought a fierce battle in the following several minutes, but with no goals. Team USA’s Sawyer Rhodes broke the deadlock, scoring from a penalty to level at 10:10 with 53 seconds to go. In the next attack, Australia earned a man-up, which Blake Edwards converted to a 12:11 lead. The Americans didn’t manage to equalize in the remaining 29 seconds.

After four exciting matches in the first four days, Canada completed the group stage with an easy victory over Colombia.

The men’s water polo tournament at the 19th World Championships in Budapest will be held between June 21 and July 3.

*FINA has allowed Russians to compete as neutral teams. But, it’s still questionable if the Russian teams will participate in the World Championships.

FINA doesn’t change its position and doesn’t want to punish athletes and officials from Russia and Belarus for the war in Ukraine.

But, FINA said that it could potentially prevent athletes and officials from Russia and Belarus from attending any upcoming FINA event if their attendance would threaten the safety and wellbeing of athletes or places the conduct of competition at risk, FINA announced in a new press release a few days ago

“This decision (the permission to Russians and Belarusian competing as neutrals – Ed.) was backed by an overwhelming majority of the FINA Athletes’ Committee which confirmed its opposition to a blanket ban of Russian and Belarusian athletes. The FINA Bureau recognised, however, that concerns about the safety of athletes and the viability of events might warrant the exclusion of athletes and or teams in some circumstances.”, FINA said in the statement, among the other things

“FINA will now carefully review all events on the calendar before making any decisions to suspend athletes or teams from those events. These reviews will respect all athletes and their rights, and ensure the safe implementation of FINA events”, the International federation for water sports underlined in the announcement.

The draw for the water polo tournament will take place on April 12.

If the Russian male water polo team doesn’t play in Budapest, it will be replaced by Georgia (the next highest-ranked team at the 2020 European Championships). In that case, Germany would be moved from the 4th to the 3rd pot of the draw. Georgia will be in the fourth line.