Brescia and Vouliagmeni earn away wins in Champions League playoffs 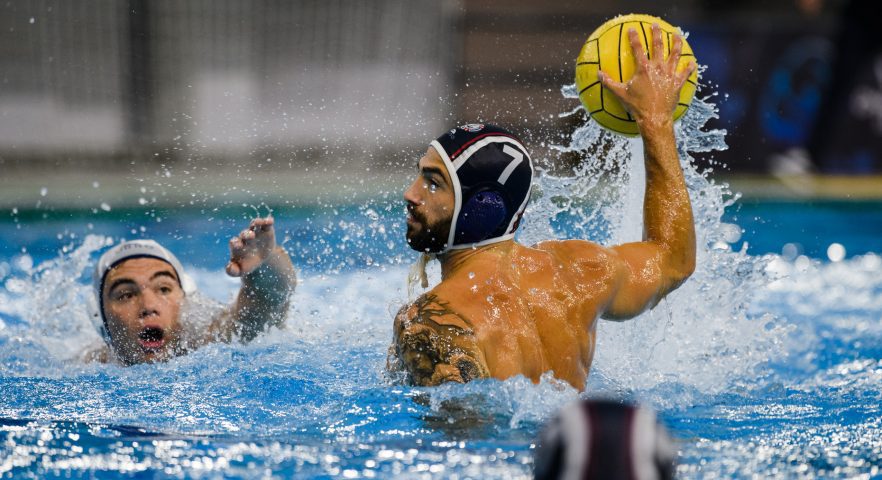 Brescia, Vouliagmeni, OSC Budapest, and Jadran Split recorded wins in the 1st leg of the Champions League Qualification Round 3.

Brescia did a fine job beating Vasas in the derby of the playoffs. The Italians defeated the Hungarians 12:10 in Budapest. Brescia will have home-field advantage in the return leg, but every outcome is possible in this duel.

As for the other three matches, Vouliagmeni, OSC and Jadran earned significant advantages before the 2nd match and their rivals have slim chances. Vouliagmeni downed Noisy-le-Sec in Paris (17:11). OSC blew Panionios away (17:7) in the game played in Budapest. Jadran earned a home 9:3 victory over Oradea.

Penalty shots made the difference in the first quarter of the game in Paris. In the 5th minute, the score was 2:2. But, four penalty fouls were committed in the last 03:03 minutes of the period. Vouliagmeni scored three goals from the 5m line, and Noisy one, so the Greeks entered the second period leading 5:3.
Noisy’s Drasko Gogov halved the deficit in the 10th minute (4:5). However, Vouliagmeni didn’t let the hosts come back. The Greeks scored three goals within two minutes and earned a 4-goal advantage (8:4). From that point on, the difference was never smaller than three goals. Midway through the third period, Vouliagmeni went to +6 (12:6, 13:7). Noisy managed to reduce the gap to four (11:15), but Vouliagmeni’s Papasifakis scored two goals in the last 73 seconds and his team regained a 6-goal advantage before the return leg.

Noisy’s Drasko Gogov was the best scorer in the match with five goals. Vouliagmeni’s defense managed to stop Alex Bowen, the best scorer of the 2022 World Championships. The American didn’t score a goal for Noisy today. Already in the 17th minute, he finished the match because of three personal fouls.

The clash in the Komjadi pool in Budapest was a real derby with many turns. After a balanced first quarter, Vasas opened the second period better and earned a 4:3 and 5:4 lead. However, Brescia produced a 3:0 run in 02:34 minutes, and built a 7:5 lead (14th minute). Two goals separated the rivals for the first time, but not for long. Bence Batori replied with two goals in 30 seconds (a power-play and an action goal) to equalize (7:7). But, Brescia earned a man-up just nine seconds before the middle break. Konstantin Kharkov beat the buzzer, he found the net a second from time and Brescia had a 8:7 lead before the third period.

New turns were yet to come. Vasas’ leftie Ivan Nagaev found the net twice in the first two minutes of the second half (a penalty shot and an extra player shot) and the home side went in front again (9:8). Just as in the previous quarter, Brescia replied with three quick goals (this time in 01:53 minutes) and rebuilt a 2-goal advantage (11:9). Jacopo Alesiani closed the third period with a power-play goal and extended the margin to three (12:9).

Both sides tightened their defenses. There were not many good opportunities for goals in the final eight minutes. Vasas and Brescia attempted to score mainly from a distance but with no success. Still, 14 seconds before the final buzzer, Nagaev converted a man-up, ended Vasas’ goalless phase that lasted 13:48 minutes (!), and boosted the Hungarians’ hopes before the return leg.

Two games were played in Budapest at the same time. But, the other one, played in the “Nyieki Imre” pool nine-ten kilometers from the “Komjadi”, lacked excitement.

OSC proved far a better rival than Panionios. The hosts dictated the pace from the beginning. They had an early 3:0 lead. Greeks reduced the gap to two goals twice (1:3, 2:4).However, OSC scored three unanswered goals midway through the second period , went to 7:2 and that put the hosts on the right track. OSC, led by Krisztian Manhercz, doubled its advantage in the remaining time.

As the final score says, an excellent defense was key for Jadran’s victory over Oradea. The Split-based team was the favorite, but the Romanians didn’t carry the white flag. Oradea took a 2:1 lead in the 5th minute. However, Jadran straightened its defense after that. Oradea couldn’t find the net for almost 24 minutes! In that interval, Jadran netted six goals. Cagalj made it 7:2 in the 27th minute. At 03:54, Czenk broke Oradea’s silence (3:7), but Jadran added two goals in the remaining time and will go to Romania with a 6-goal advantage.

The return matches are scheduled for November 5.