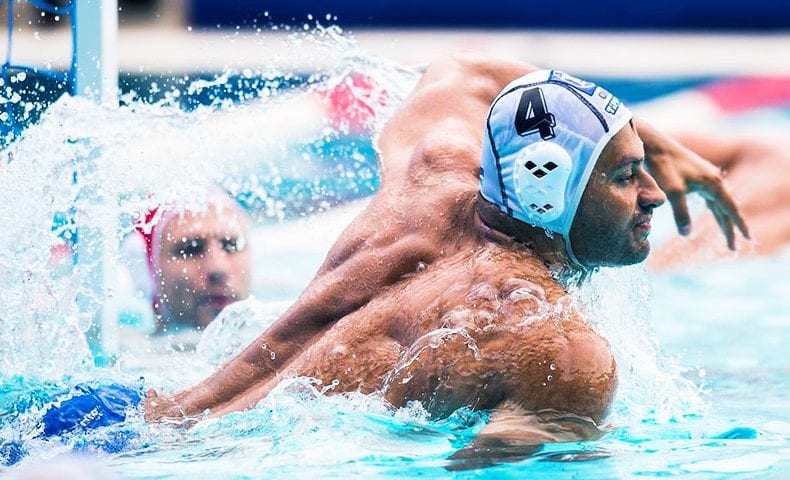 The clash of Brescia (ITA) and Barceloneta (ESP) might decide the second place in Group A, while in Group B the four top sides – chasing three available F8 spots – all face tough away tests, including Jug’s ‘El Clasico’ against fellow Croatian side Mladost.

While Recco (ITA) is about to march on in Eger (HUN), the battle for the second place arrives at a crucial stage as Brescia takes on Barceloneta. The two sides drew in January and this showdown in Italy might be decisive in the hunt for the second place. Brescia has been enjoying some great form, is unbeaten since Day 2 and another home win would put them ahead of the Spaniards.

At the same time, Super Cup winner Ferencvaros (HUN), eyeing an easy win against bottom-ranked Zvezda (SRB), is set to close the gap on the top three sides too so there might be further twists in the race for these positions. In the fourth game, Steaua (ROU) wishes to restore some pride against Dynamo (RUS) after their bad beating in Moscow.

After a series of draws Szolnok (HUN) stepped up against Mladost and those two wins brought the 2017 champions back to life. However, this current trip to Hannover (GER) is another important chapter for the Magyars who cannot field their strongest line-up due to health problems. They drew with the Germans in Szolnok surprisingly, another loss of points would weaken their chances to return to this pool for the finals in June.

BPM is also on tour in Germany, they visit Berlin where Spandau is always ready to cause serious headaches to any rival. The loss to Jadran was a blow for BPM but they still enjoy a four-point lead ahead of the winners of the last two editions, but to maintain that this is a must-win game for the Italians.

Though Jug dropped its first points in Piraeus three weeks ago, the Croats are still unbeaten and sit comfortably in the top seat. Now they stage another edition of the Croatian ‘El Clasico’ with Mladost, this time in Zagreb – for the hosts it seems the last chance to keep their F8 hopes alive.

Norbert Dabrowski, head coach, Eger:
“We know that Pro Recco is one of the best teams on the world. It will be a really hard match, but at home, we have to show 110%.”

Marko Bijac, player, Pro Recco:
“It is always difficult to play in Hungary; Eger has a lot of talents and great players. The match we played in Bologna was easier than we expected, but for sure tomorrow they will play much better at home: they have a chance to go in Hannover and will give the maximum to take points in their swimming pool.”

Iosep Andrei, coach, Steaua:
“We have to demonstrate that the difference between us and Dynamo is not so big what the final result showed in Moscow.”

Marat Zakirov, head coach, Dynamo:
“With a good mood, we go to Romania for a serious game. We will play against a strong team with a great coach. We have to earn points that’s why the game won’t be easy.”

Alessandro Bovo, head coach, Brescia:
“It will be a very hard challenge against Barceloneta: the Catalans play very good water polo with their own definite style. They’re a well-tested group, with young players emerging and the superlative Perrone, for me, the best player in the world. Nevertheless, we absolutely want to prolong the series of good results, making our best to reach second place in the ranking. We have to play very aggressively and I expect a very good performance from my team.”

Chus Martin, head coach, Barceloneta:
“There’s a very difficult match in a pool where it is very complicated to score points. Our aim is to fight for the three points and maintain the second position in the group. We know the difficulty because they are in a great moment of form as well as being a very compact team made up of great players of great experience. Even so, I trust in my team and I am convinced that if we play at a great level we can achieve a victory.”

Zsolt Varga, head coach, FTC-Telekom:
“We know Zvezda is a young, passionate team that usually have a tight game against their opponents at least until half time, as we could see in Belgrade last time we played them. We need to concentrate from the first minute, get a few goals advantage as early as possible and keep the three points at home.”

Aleksandar Filipovic, coach, Zvezda:
“It will be a tough match against the Hungarian team but we have practiced a lot and I can say for sure that we have grown as a team so the game is going to be pretty interesting.”

Karsten Seehafer, head coach, Hannover:
“Szolnok is alerted and will play differently than in Hungary. In addition, the Szolnok team needs these points to reach Final8. It will be crucial for us to give our best in defense and we have to make use of the situations where we have a numerical advantage. When we are able to achieve this, it will be difficult for Szolnok to win the points.”

Zivko Gocic, head coach, Szolnok:
“We are looking forward to a tough and important game. In Szolnok we played a draw with Hannover, they proved to be a good and well-integrated team. Unfortunately, we are struggling with a number of issues. We have several players in bad health conditions and injuries. Gergo Zalanki, our wing who is also in the national team, cannot play for sure. In addition to all this, we unexpectedly have been beaten last Saturday by the team of Debrecen. We have to learn our lessons from this defeat, we have to stand up and look forward. On Wednesday, we hope to see the real team of Szolnok again in the pool of Hannover.”

Peter Kovacevic, head coach, Spandau 04:
“To maintain our chance of taking a place in the Final Eight, we need to play 100% focused throughout the game. We have worked hard to correct the mistakes made against Hannover and want to show that. We also count on our home strength, supported and challenged by our fans, do we want to win and keep the points in Berlin.”

Marco Baldineti, coach, Banco BPM Sport Management:
“We have to recover after the bad game in the national championship against Syracuse. On Wednesday all of us hope to show a good game that will not necessarily mean to win, but at least to play better than we did last time.”

Vjekoslav Kobescak, head coach, Jug:
“We want to extend our good performance in the CL and that means that we will do everything that we can to win against Mladost. We met them many times this season and every single match with them was very tight. No doubt that we have another one coming.”