Brescia’s masterpiece in Athens; great win for Jug in Budapest 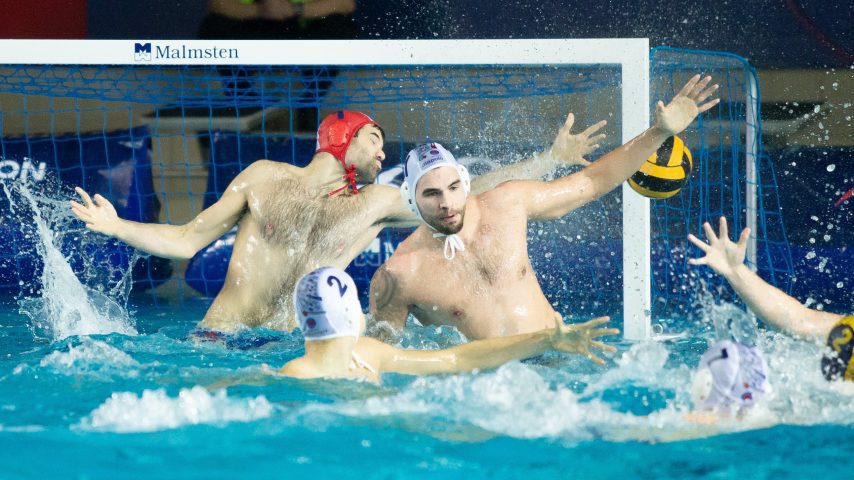 Brescia earned an away win over Olympiacos (8:5) in one of many the derbies of Day 9 of the Champions League Group A.

The Italians, the group leaders, stretched the difference between them and Olympiacos to seven points. Olympiacos currently share 2nd and 3rd place with Ferencvaros. But, other matches in this group will be played tomorrow, and Olympiacos may drop to 4th place.

The defense was a key for Brescia’s success in Piraeus. The Italian champion didn’t concede a single goal in the first half.

As for Group B, the most anticipated duel was an encounter between OSC and Jug in Budapest. Jug recorded a 15:10 victory. There were no surprises in other games – Marseille downed Spandau in Berlin (13:7), Pro Recco ran over Hannover (18:3). The most exciting match of the day was an encounter between the teams that are at the bottom of the table. Crvena Zvezda and Steaua shared the point (10:10)

Marseille and Pro Recco are still in a neck-and-neck race. Each team has won 24 points. Jug is in 3rd place with 18 points. The Croats have a comfortable advantage ahead of 4th-placed OSC (13 points) and 5th-placed Hannover (11).

Only a series of surprises can prevent Pro Recco, Marseille, or Jug to qualify for the Final Eight in Belgrade.

A month and a half ago, Brescia narrowly defeated Olympiacos 8:7 in Italy. Today’s match was far from a thrilling encounter.

Olympiacos’ defense worked well, but Brescia water polo players played outstanding in front of their own goal. Olympiacos has several high-class goal scorers in the team, but Brescia kept the Greeks on five goals which is a remarkable feat. They entered the final period leading 6:2 and didn’t let Olympiacos come back.

Brescia’s defense cut off Olympiacos’ center-forwards from their teammates in the attack. The Greeks were forced to shoot from the perimeter, but they failed to score in the first two quarters. Brescia goalkeeper Petar Tesanovc was up to the task. At the other end of the pool, the visitors built an advantage step-by-step.

Brescia didn’t score a real action goal in this match (five goals were man-up conversions, one was a goal from a counter-attack, one from a penalty, and one from 6m after an ordinary foul). Although the Italians had a miserable percentage of action shots (0/14 at the end of the game), they had a 4:0 advantage in the 17th minute.

Olympiacos got on the scoreboard only after 17 minutes and 53 seconds of play! Dervisis scored a fine goal from a distance for 1:4. It was Olympiacos’ only action goal in the game. 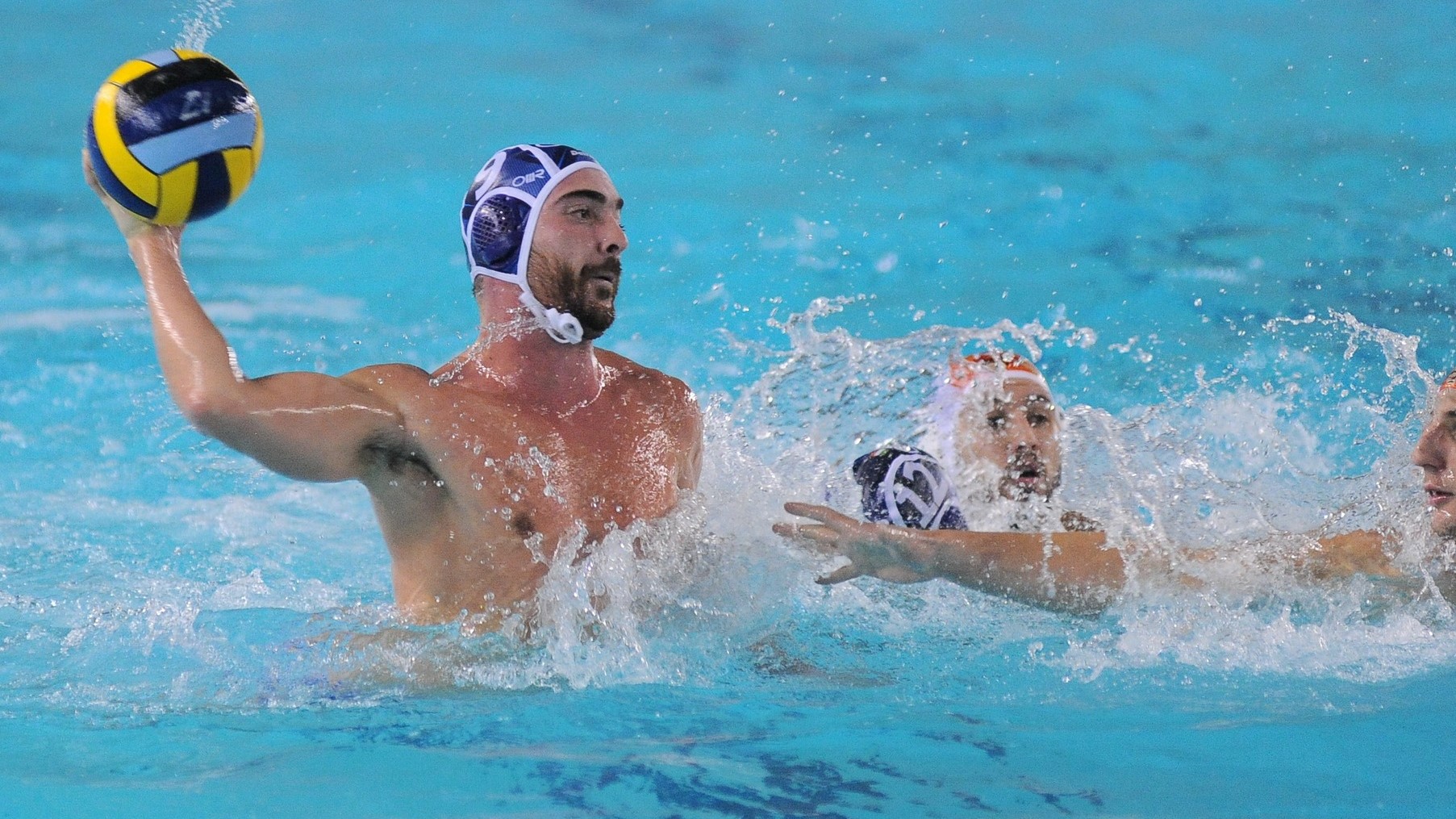 Brescia stretched the margin to five (6:1), after Alesiani scored from 6 on 5 in the 24th minute. Immediately after, Filipovic converted a man-up, and the hosts started coming back. Filipovic opened the fourth period with two quick goals. Olympiacos came very close (4:6), and everything was open again. But, not for long. Brescia responded in the same way – with two power-play goals (Luongo and Lazic) to jump to an 8:4 lead (29th minute). Genidounias made it 5:8 shortly after, but Brescia, playing calmly in the last three minutes, kept a three-goal advantage.

The game was very similar to the match between Olympiacos and Barceloneta, played in the same pool in November. But, the hosts recorded a win (8:4) in that game.

Jug arrived in Budapest without captain Loren Fatovic (positive for Covid). Still, it took revenge for an 11:12 to OSC in Budapest, easier than expected. Jug’s goalie Toni Popadic (14 saves) and unstoppable Stylianos Argyropoulos (6 goals) were instrumental for a 15:10 victory.

Jug took an opening 2:0 lead. OSC equalized at 2:2. In the last minute of the first half, Hrvoje Benic scored from an extra for 3:2. From that point on, Jug was always in front. The visitors dictated the pace, but OSC kept up with them throughout the second quarter. Two minutes before the middle break, OSC trailed 5:6. Then, Jug earned a penalty shot that Argyropoulos converted to a 7:5 lead. Jug tightened its defense, making a four-goal difference early in the third period (9:5). Harai scored for 6:9. However, Jug produced a new 3:0 series after that. Argyropoulos gave Jug a 12:6 lead in the first possession in the fourth quarter and ruined last OSC’s hope. There were eight goals in the fourth quarter, but Jug’s victory wasn’t in danger.

Marseille had ups and downs in Berlin, but it collected the points the French had counted on.

Marseille dominated in the first quarter and built a 5:1 lead. But, the second period was a different story. The Berliners netted four unanswered goals in a span of 4:24 minutes and leveled at 5:5 (13th minute). A minute and 42 seconds before the end of the first half, Andrija Prlainovic scored Marseille’s only goal in the second period for 6:5 and opened the series. The French retook control after the middle break. They went to 11:5 by the end of the third quarter. Spandau wasn’t able to make another comeback.

In the previous round, Pro Recco won points with a technical 10:0 win (Jug didn’t arrive in Italy due to Covid problems). Today, the reigning champion needed two quarters and a half to reach the double-digit margin. In the 21st minute of the match, played in Milan, the hosts earned a 12:2 lead.

As expected, Pro Recco cruised to a win. After 10 minutes of play, the Italians led 7:0. Hannover scored its first goal two minutes after, but Pro Recco jumped to a 10:1 lead before halftime.

As mentioned, in the middle of the quarter, Recco stretched the margin to 10 (Loncar converted a man-up for 12:2).

Recco had only 10 field players and a goalkeeper (Del Lungo) on the roster for this match, but despite that fact, this game wasn’t a real challenge for Recco, but an opportunity to try some new tactics. All field players of the home team got on the scoresheet.

The encounter between the namesakes Crvena Zvezda (Red Star) and Steaua (Star) was an equal battle.

Crvena Zvezda led for most of the time, but the Romanians didn’t surrender. In the middle of the third quarter, Crvena Zvezda earned a 3-goal lead for the first time (8:5). The visitors narrowed the gap (7:8), but the Serbs entered the final quarter with a 9:7 lead. However, they stopped after the last break. Steaua scored three straight goals and earned a 10:9 advantage with 02:48 minutes left on the clock. A minute later they had 6 on 4, but Crvena Zvezda killed Romanians’ double man-up. The teams fought a hard battle in the following minutes. Crvena Zvezda’s captain Milos Vukicevic equalized – 10:10 with 24 seconds to go. Steaua lost the ball in its last possession, and the hosts had a chance to secure a win and take revenge for an 8:11 loss in Bucharest. In dying seconds, Steaua’s goalkeeper Marius Tic posted his 14th save by blocking a shot from Ivan Basara.