Darko Brguljan will not play for Croatia’s national team 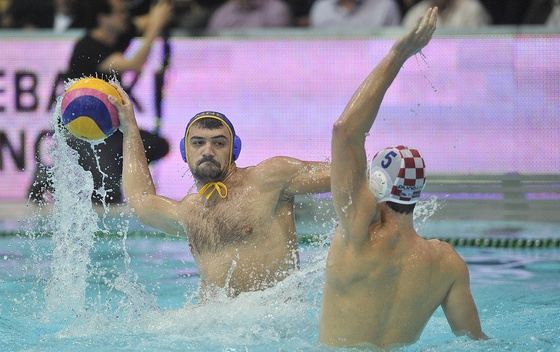 Two weeks ago, there was information that Darko Brguljan will transfer national teams, leaving Montenegro to play for Croatia. First rumors emerged from the city of Boka (MNE), some more from Croatian sources followed after a few days.

Darko Brguljan was among the best Montenegrin players in the European Championship in Belgrade and the Olympic Games in Rio in 2016. Last year, at the World Championships in Budapest without Ivović, Mlađan Janović, and Pasković, he became the leader of his team. However, before the last game, the coach took him off the roster. He hasn’t been invited back to the national team ever since.

In an interview for dance.hr, Brguljan commented on the new situation regarding playing in the Croatian national team:

“I will try to be specific and correct. There are too many questions I cannot answer, and I think the story is exaggerated. It is known that I’m in a conflict with the Montenegrin national coach and that he does not count on me. Simply put, that man has destroyed the Montenegrin national water polo team and created a private team out of it. Of course, after the 2016 European Championship in Belgrade and Olympic Games in Rio, in which I was in the best team and was one of the top 5 players in Europe according to LEN, I was expecting to have the status a player of my reputation should have. That did not happen, and you can see I am not on the list, even after the success I have had.

Concerning Croatia, there was a certain contact. However, the story is exaggerated and was impossible to accomplish from the start. There are reasons which I have already mentioned — I certainly will not be playing in Split’s Jadran next year. I have a valid contract in Hannover. We are organizing next year’s Final Eight  Champions League tournament and I want to play there. So I can most certainly say that I will not play for Croatia, nor for current Montenegro (last summer and this season). Ultimately, I would be ready to end my national team career .”

Although Brguljan confirmed the contact, it is interesting that both Croatian and Montenegrin water polo associations have stated no knowledge of the possibility that Darko could play for the Croatian national team.