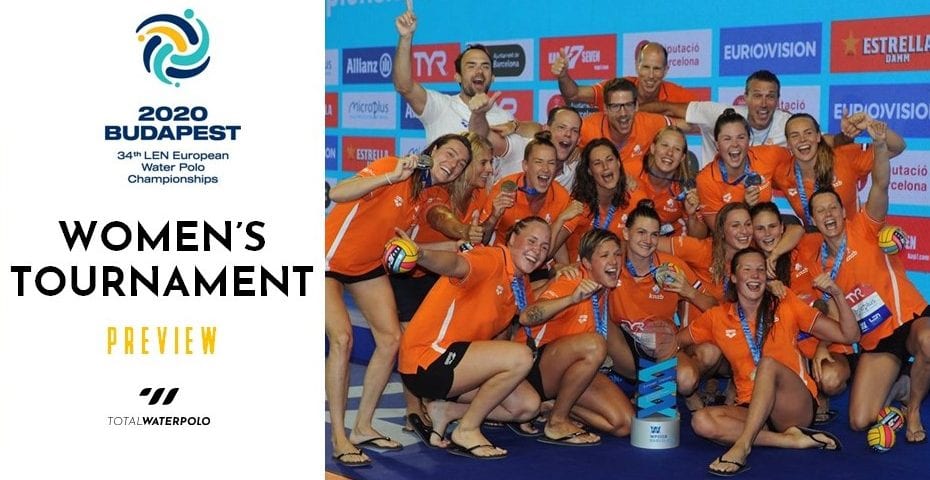 The battle for the European medals begins tomorrow.

The 34th European Water Polo Championships in the Duna Arena in Budapest will start on January 12th, with the matches of the first round of the female competition.

Twelve teams, split into two groups, will take part. After the group stage, the top four teams from each group will advance to the quarterfinals.

But, Italy and the Netherlands are just two of several serious medal contenders. Host Hungary, Greece, Russia, Spain also can reach the top.

European Championships is also one of the qualification tournaments for the Olympic Games. There is only one available Olympic berth, while Spain is the only European female team that has already qualified for the Games in Tokyo. The Spaniards secured an appearance at the Olympic Games by winning the silver medal at the World Championships in Gwangju.

Slovakia
Best result in the history of the ECH: debutant
2018 European Championships: –

Russia, Greece and host Hungary are favorites for the first place in the group.

Host Hungary collected the most medals in the history of the European Championships for ladies- 13 (3 golds, 5 silvers and 5 bronzes). They didn’t reach the final game at the previous two major competitions played in Budapest (bronze at the 2014 Europeans and 5th place at the 2017 World Championships). Will the third time be the charm for the Hungarians, which finished 4th at the 2019 World Championships.

After three European titles in a row (2006, 2008, 2010), Russia didn’t win a medal at the next four Championships (2012 – 2018). Two years ago, the Russians finished 5th in Barcelona. They were 5th at the World Championships in Gwangju last year, too. Russia arrives in Budapest with ambitions to end a medal-less series at the European Championships.

Greece has an experienced squad, which played far from its best at the World Championships last year (8th place). For sure, the Greeks will be disappointed if they don’t reach the semifinals.

Serbia and Croatia will battle for the fourth place in the group and the quarterfinal spot. Slovakia, as the only newcomer at the Championships, has no big chance, but the Slovaks might surprise Serbia or Croatia.

Just like in Group A, three favorites and three teams that have no big chances to win a medal, are playing in Group B.

It’s hard to predict who will win first place. Reigning champion the Netherlands, the best European team at the 2019 World Championships Spain and Italy have more or less the same chances.

Spain grabbed silver at the World Championships, where Italy took 6th and the Netherlands 7th place.

Each of these teams has a glorious water polo history. The Netherlands took part in each edition of the European Championships (the only team besides Hungary) since 1985. Spain and Italy are also regular participants at all major competitions in the past decade.

Spain’s advantage might be less pressure, as the Spaniards have already qualified for the Olympic Games. Their only goal in Budapest is a medal.

Everybody expects that Germany or France will join the three big teams in the quarterfinals from this group. Israel has no long water polo tradition. The Championships in Budapest will be their second ever participation at the big competition, after 10th place at the Europeans two years ago.