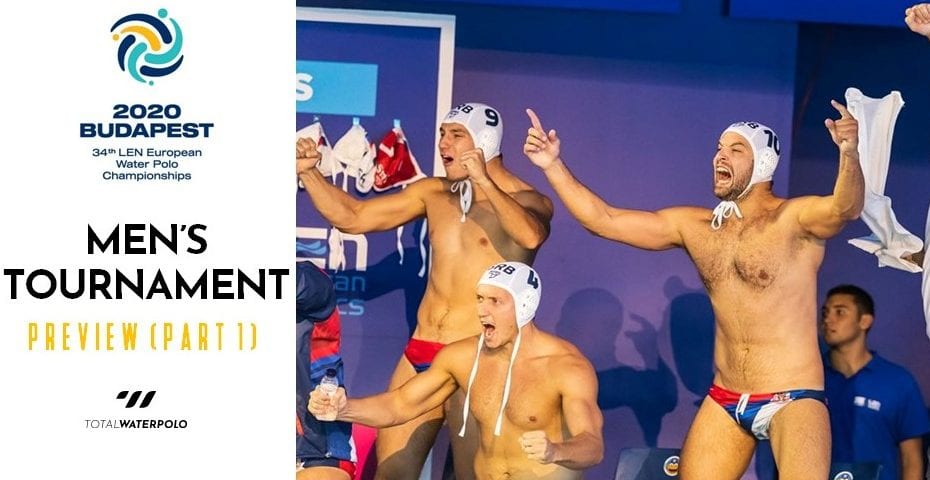 The men will begin their battles on Tuesday. Sixteen teams are competing at the male tournament.

Today, we present the teams from Groups A and B.

Just like at the women’s tournament, there is one Olympics qualification quota. Three male European teams have secured their Olympic berths: Serbia as the World League winner, and Italy and Spain as the finalists of the World Championships. The contenders for the Olympic ticket are Croatia, Montenegro, Greece, Hungary…

After the group stage of the 34th European Championships, the group winners will advance to the quarterfinals, while 2nd-placed and 3rd-placed teams will play in the crossover round.

Two favorites for the podium will face off in Group A. Croatia and Montenegro are, as usual, medal contenders.

Last year, Croatia was very close to securing an Olympic ticket. In the World League final in Belgrade, the Croats suffered a narrow loss to Serbia (11:12), while they finished 3rd at the World Championships, behind Italy and Spain, which qualified for Tokyo. They were one goal away from the Olympic qualification in Gwangju, as well as in Belgrade, as they were defeated by Spain 5:6 in the semifinals.

Since the European title won in Zagreb ten years ago, they had a lot of ups and downs at the continental championships (9th place in Eindhoven 2012, 5th place in Budapest 2014, 7th place in Belgrade 2018). They returned to the podium two years ago, by winning the bronze.

Croatia has an experienced squad. The continuity is Croatia’s advantage, as there hasn’t been a lot of changes in the team in the last few years. All 13 players are members of the respectable Champions League clubs (Jug, Mladost, Pro Recco, Marseille, Olympiacos). Captain Andro Buslje, Maro Jokovic, Xavi Garcia, goalkeeper Marko Bijac… are leading players of the team that can reach the top. 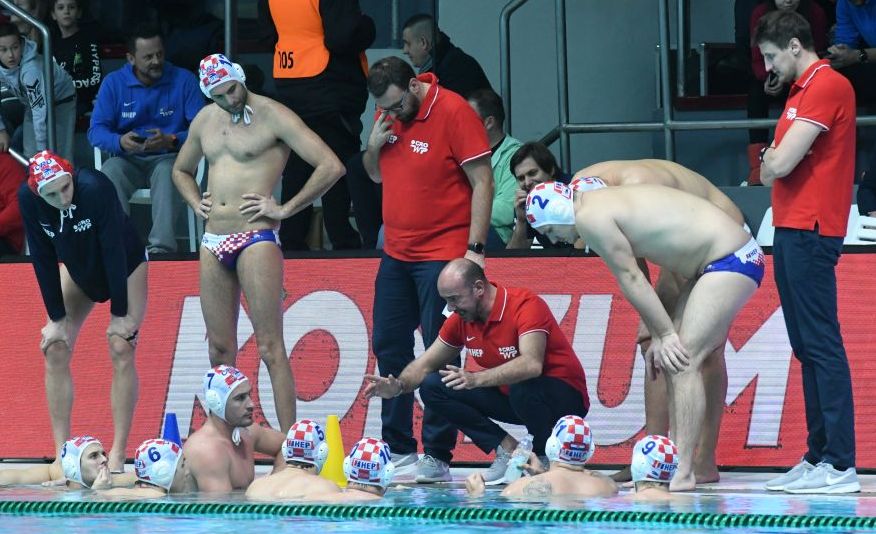 Montenegro comes to the European Championships with four debutants. Mladjan Janovic, who was one of the leaders for years, retired last season. In 2019, Montenegro took the 10th place at the World Championships, and they didn’t qualify for the World League Super Final. We’ll see if the rejuvenated squad, led by captain Aleksandar Ivovic, can earn a medal and Olympic berth.

Slovakia and, especially, Germany are the teams that could surprise favorites. Germany made troubles to the favorites at the 2019 World Championships. The Germans were defeated by a goal in the match against Italy in the group stage (7:8), while Croatia defeated Germany 10:8 in the quarterfinals. In the end, Germany took 8th place. It’s hard to expect that Hagen Stamm’s team can reach the semifinals, but a spot in the quarterfinals isn’t unattainable.

Slovakia has never played in the semifinals at the major competition. The quarterfinals would be an excellent result for them.

Serbia has been dominating the European water polo championships in the last eight years. The Serbs clinched the four gold medals at the previous four European championships. They are current World League champions and reigning Olympic champions.

After winning the 2019 World League and securing the Olympic berth, Serbia went to Gwangju, at the World Championships with a rejuvenated squad. Still, although several stars missed the Championships, the Serbs achieved a valuable result – 5th place.

The most important players, who didn’t travel to South Korea last year (Filipovic, Prlainovic, Pijetlovic, Aleksic…), are back in the team for the European Championships. Serbia has a little bit younger team than Croatia, Italy, Hungary, but this is the squad that has a pretty clear objective – to continue a golden streak. The Serbs won’t have an easy task, but they always have high ambitions. Serbia won a medal at each of the seven European championships since the country’s independence (2006). As a part of Yugoslavia, Serbian water polo players clinched 15 medals (3, 8, 4).

Serbia’s rivals are three teams with similar quality: Russia, The Netherlands, and Romania. But, they aren’t in the same-weight category with Serbia. Russia, which was a powerhouse until the beginning of the 21st century, stands out from this circle. Still, it won’t be a surprise if the Dutch or the Romanians win second place in this group.