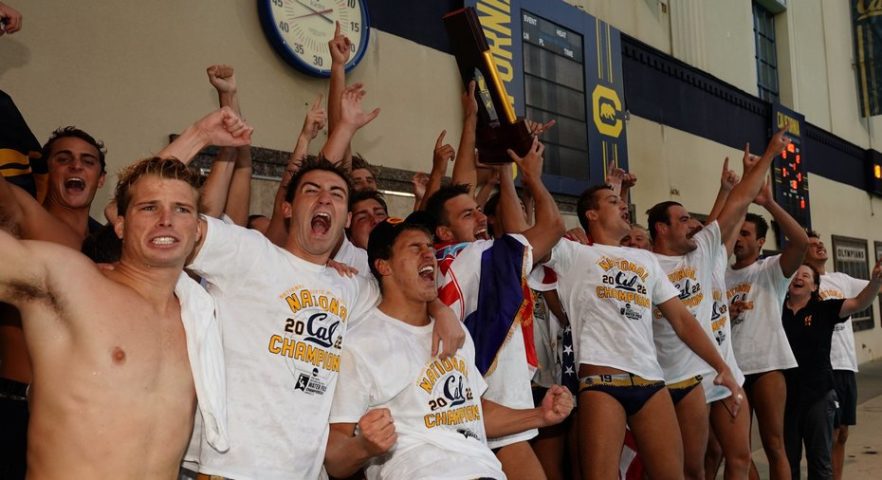 The California Bears retained the title of the NCAA men’s water polo champion.

The Bears, who were the hosts of the final tournament at Spieker Aquatics Complex in Berkeley, beat the team of the University Southern California (USC) in a thrilling final – 13:12. Early in the fourth quarter, California trailed by four goals. This is the second consecutive and 16th national title overall for the men’s team of the University of California, who are the record-holders in collegiate water polo.

The first championships were held in 1969. Four years after, California won its first title. Interestingly, California and USC played in the 2021 final, too, and the match was very similar to this year’s final. The score was the same. The Bears won 13:12.

California and UCLA directly qualified for the semifinals as the 1st and the 2nd-seeded team.

The USC Trojans advanced to the semis beating Princeton 11:8. In the second quarterfinal duel, Pacific was better than UC Davis (11:7).

The California Bears faced Pacific in the semis. The hosts, led by Casabella and Deeley, opened the game excellently. Deep into the second period, they built a 7:2 lead. Pacific closed the first half with a goal scored with one second left on the clock. However, the visitors couldn’t come back. California recorded a 16:9 win.

One of the heroes of the victory was California goalkeeper Adrian Weinberg, who posted 13 saves. Former player of the junior and youth national teams of Spain, Max Casabella, led the Bears’ attack with four goals.

The semifinal between USC and UCLA was more balanced, but the Trojans dictated the pace. USC, led by Italian Massimo Di Martire, won the first quarter – 5:2.  The Trojans maintained a 3-goal advantage until halftime (7:4). The third period was a festival of goals. Even 12 goals were scored in this quarter. USC netted as many goals as in the first half – seven, while UCLA found the net five times. Therefore, the Trojans entered the final period with a comfortable 14:9 advantage. UCLA reduced the gap to three in the final quarter (12:15).

Massimo Di Martire, who arrived at USC from Posillipo Naples this year, was the best scorer in the second match with five goals. His brother Gianpiero was also in the pool. He plays for UCLA and netted one goal in the semis.

The final between California and USC was an even contest until 6:6. But, the Trojans netted two goals in the last minute of the first half, to earn an 8:6 advantage. USC continued dictating the pace after the middle break and stretched the margin to four (12:8) at the beginning of the fourth quarter.

Still, California managed to find its way back. A minute and 30 seconds before the final buzzer, National Player of the Year Nikolaos Papanikolaou leveled at 12:12. It was the Greek’s seventh goal in the final. After the equalizer, USC failed to earn a new lead because California’s and Team USA’s goalie Adrian Weinberg posted a save. The Trojans started a counterattack, which was finished by Spaniard Roberto Valera, who scored a winner from a close-range shot to set the final score – 13:12 with 41 seconds left on the clock.