Can FINA World Ranking be reserve criterion for Olympic qualifications? 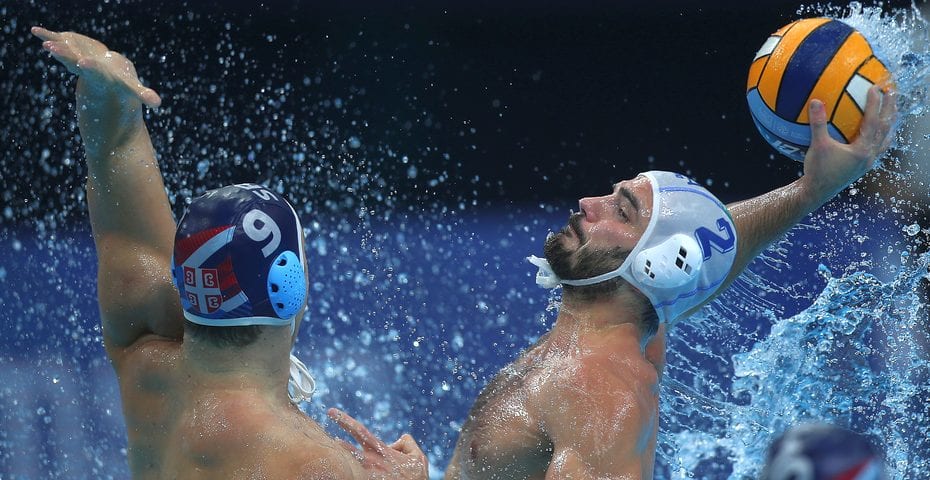 The International Olympic Committee still doesn’t consider the postponement of the Olympic Games.

“All necessary adaptations to qualification systems and all allocation of remaining places will be:

a) based on on-field results (e.g. IF ranking or historical results); and
b) reflect where possible the existing principles of the respective qualification systems (e.g. use of rankings or continental/regional specific event results).

Any increase in athlete quotas will be considered on a case-by-case basis under exceptional circumstances, with the support of the Organising Committee Tokyo 2020.”

The International sports federations will make proposals for any adaptions to the qualification systems.

What can be changed in the water polo qualifications?

The coronavirus spread already affected the Olympic water polo qualifications. The Asian Championship (the continental Olympic qualifications) wasn’t held because of coronavirus, and the rankings at the 2018 Asian Games were applied to determine the Asian representatives at the Olympic Games (the male team of Kazakhstan and the female team of China).

There are three available Olympic berths (three for men’s squads and two for the female teams), which are supposed to be allocated at the World Qualification Tournaments. Women’s tournament is scheduled for May 17th – 24th (Trieste), while the men’s battles for Olympic visas are supposed to be held in Rotterdam. The new dates for the tournament are May 31st – June 7th.

But what will happen, if the qualification tournaments must be canceled?

Of course, FINA will make a decision, but from this point of view and with analyzing the IOC’s announcement, the FINA Water Polo World Rankings might be used to determine the allocations of the remaining berths.

All the members of the Total Waterpolo team hope that the COVID-19 spread will be stopped and that there will be the conditions for the regular ending of the qualifications. Still, it’s interesting to see the current situation at the FINA Water Polo World Ranking lists.

The FINA hasn’t updated the lists on its website since September 2017. But, Total Waterpolo, made the updated lists, by using the FINA’s criteria. For example, the gold medal at the Olympic Games brings 100 points in men’s competition and 90 points at the female tournament. The continental title is worth 30 points for men as well as for women. World champion for men earns 90 points, the female team which won the gold at the World Championships gets 80 points…

Olympic champions Serbia (men) and the Team USA (women) lead the races at the FINA Water Polo World Ranking. Team USA collected a maximum number of points since it has won gold medals at all competitions in the last four years.

At the moment, the best-ranked team, among the male sides which still have no Olympic berth, is Croatia (2nd place). Montenegro is in 6th place, Greece holds 8th place.

As for women, if the FINA Water Polo World Ranking is the criteria, Hungary (4th place) and Italy (5th place) would earn the Olympic visas.

Some of the powerful European teams are far from the top in the women’s list. For example, 2018 European champion the Netherlands is in 9th place, while Greece, which was 2nd at the 2018 European championships 2018, is placed in 10th position. The two teams aren’t close to the best-ranked national teams, mostly because both didn’t qualify for the 2016 Olympic Games, which are the most important competition for the ranking. Italy won the silver medal in Rio de Janeiro, while Hungary finished 4th at the previous Olympic Games.

(*teams that have already qualified for the 2020 Olympics)

Teams which confirmed the participation at the World Qualification tournament

(*teams that have already qualified for the 2020 Olympics)