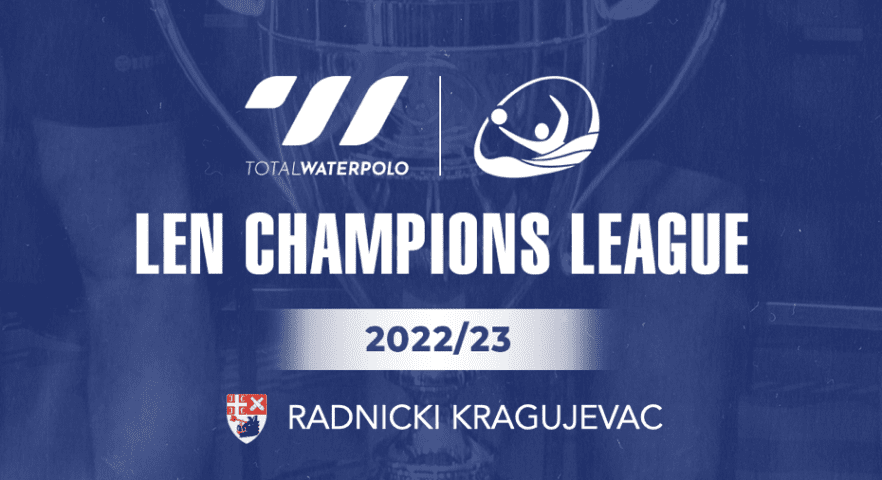 Radnicki Kragujevac appeared on the water polo stage ten years ago. Since then, the club has had ups and downs. It reached the Champions League final, but it also experienced playing in the lowest competition rank.

However, Radnicki has constantly been progressing in the last six years.

Results in other competitions in 2021/22: Serbian Cup winner, finalist of the Serbian Championship, 4th place in the Regional League.

The history of Radnicki is divided into two parts. Ten years ago, VK Radnicki was founded in Kragujevac. In a short time, the club became one of the best in Europe. In the first season, Radnicki won 2nd place in the summer league and qualified for the Serbian Second League. But in order to promote water polo, Radnicki got a wild card for the highest Serbian level of the competition, as well as the Euro Cup. Radnicki won the 2013 LEN Euro Cup, and silver in the Champions League in 2014 (starting from the first qualification round). Still, two years after that, the club, pressured by troubles, ceased to exist.

A new club, KVK Radnicki (Kragujevac Water Polo Club Radnicki), was founded after VK Radnicki disappeared from the stage. The basis of the new team was players from the junior squad of former VK Radnicki. The new club started from the lowest competition rank in 2016 and started climbing to the top of the Serbian, regional, and European water polo step-by-step. 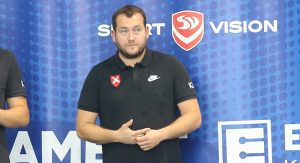 The first trophy since the re-foundation came in the season 2019/20 when Radnicki won the Serbian Cup. In the following season, the Kragujevac-based team became the first-ever Serbian club to win the Regional League; it won the Serbian Championships and played in the LEN Euro Cup quarterfinals. Because of these results, Radnicki got a Champions League wild card. The team didn’t reach the Final Eight last season, but it displayed it had good potential.

Radnicki, which has been coached by newly appointed Serbia’s coach Uros Stevanovic since 2013, had an excellent start to the season (it beat Novi Beograd recently). The Kragujevac-based team is the only unbeaten side after three rounds of the Serbian Championships and started with two wins in the Regional League. Players from three national teams are on Radnicki’s roster – Serbia, Croatia and Montenegro. One of the most experienced players is the 2016 Olympic champion Milos Cuk. The team, which is a mix of experienced and young players, is of similar quality as in the last season, when it was a tough opponent, especially on home ground. But, it gained a new experience that boosted the Serbs’ hopes. 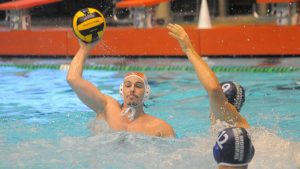 On Day 1 of Group A (November 15), Radnicki will host Noisy-le-Sec or Vouliagmeni.