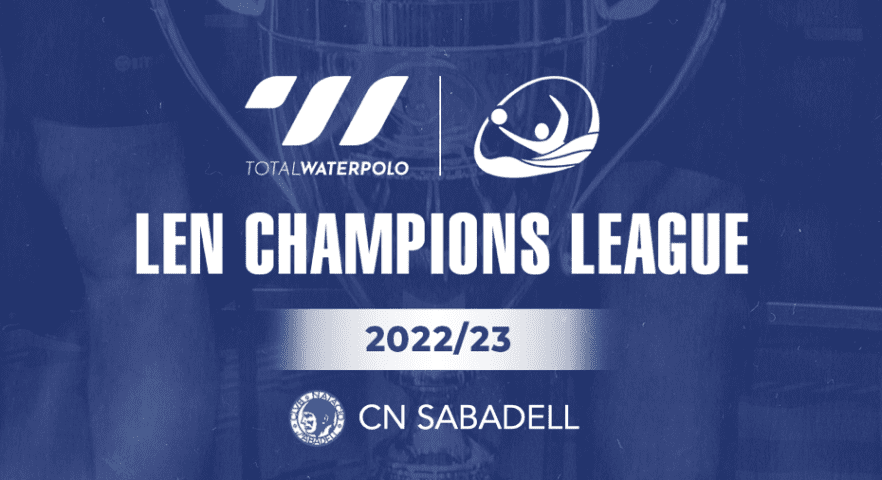 The new season of the Champions League will start soon. The qualifications will end on November 5, and the Main Stage will begin on November 15.

Total Waterpolo will, as usual, offer coverage of the best competition for the clubs in the world, but we will start our previews earlier than before, presenting the clubs that will participate in the Main Round.

Today, we present a newcomer to the circle of 12 wild-card holders – Spanish Sabadell.

Sabadell returns to the Champions League after five years. In 2017/18, the Spaniards secured a spot in the Main Round through the qualifications and finished 7th in the group in its debut in the CHL.

This year, they got the wild card. Romanian Steaua returned its wild card, and Sabadell, the LEN Euro Cup winner, was invited to fill the vacancy. The club accepted the offer and joined the circle of the 12 clubs directly qualified for the Preliminary Stage, which means that Sabadell wants to keep an important role in Europe.

Sabadell’s female team is one of the most successful in Europe (five times European champion). The season 2021/22 was historic for the men’s team of Sabadell. It won its first-ever European trophy, claiming the LEN Euro Cup. The return leg of the final was impressive. Sabadell lost by two goals in the first match with Telimar, but it recorded a six-goal victory at home (11:5) and lifted the trophy. 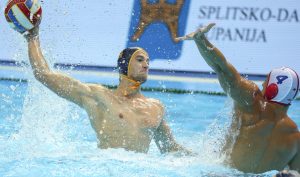 Konstantin Averka, the best scorer of the 2021/22 Spanish League with 47 action goals (plus 8 from penalty shots) Photo: Total Waterpolo

The roster hasn’t changed significantly since then. Key players are three world champions with Spain – Sanahuja, goalkeeper Lorrio, Cabanas, and two members of the Montenegrin national team Banicevic and Averka.

Sabadell will play in Group B with the runner-up from the previous season Novi Beograd, Jug, Ferencvaros, Spandau, Marseille, and two qualifiers.

The LEN Euro Cup winner will host Ferencvaros on Day 1.