Champions League, Day 3: Rematch of 2019 final is center of attention 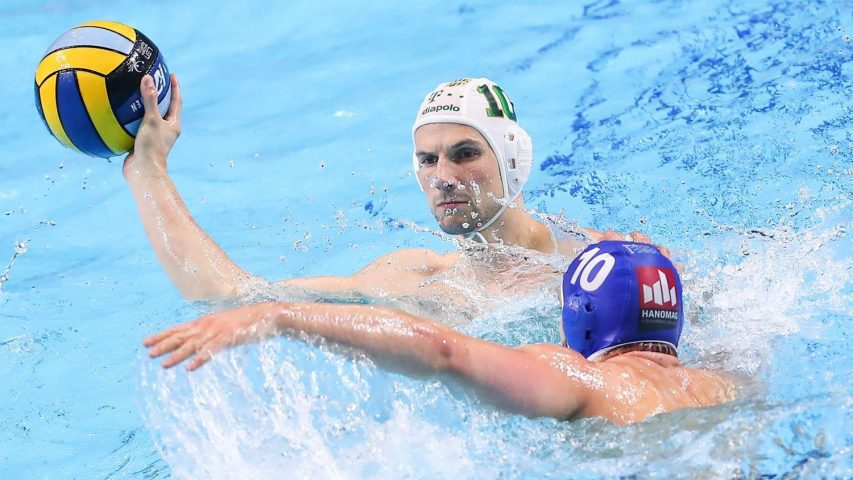 The Champions League clubs don’t have much time to rest because the competitions schedule is fully packed.

The 3rd round of Group A will be played on Friday. This group is called “the group of death” for a reason because many favorites play here. Besides, there are only three F8 berths in Group A (Novi Beograd is already qualified as a host), so almost every game is crucial.

The highlight of the day will be the rematch of the 2019 Champions League final – Ferencvaros will host Olympiacos in Budapest. Two years ago, Ferencvaros won the CHL, defeating Olympiacos after a penalty shootout (14:13) in the final in Hannover. The two clubs haven’t met since then. Olympiacos is the only club with two wins in Group A. After an easy win over Dinamo Tbilisi in the first round, the Greeks beat Novi Beograd in the derby in Belgrade last week. On the other side, Ferencvaros is still without a win. The Hungarians shared the points with Brescia in Italy on Day 1 (8:8). Last week, they played in Serbia, as well as Olympiacos. Three and a half minutes before the end, Ferencvaros had an 11:7 lead against Radnicki, but the Kragujevac-based side saved the match to a draw (11:11).

Ferencvaros is under pressure. If the Hungarians don’t utilize the home-field advantage, they can make themselves problems. The season is long, and everything will be open regardless of the outcome of tomorrow’s battle, but each point in this group is precious.

The Regional League winner Radnicki will play against Brescia in Kragujevac. The Serbs seek revenge for a 9:13 defeat in the final of Champions League Qualification Group B last season. Brescia, which started very well and earned four points in two thrilling matches (a draw with Ferencvaros and a win over Barceloneta), faces a demanding task. There is no absolute favorite in this match, just like in the game in Budapest.

Jadran Split will host a new powerhouse Novi Beograd. The Croats brought several very good reinforcements this summer, but they didn’t start strongly -Jadran lost to Barceloneta easier than expected. Last week, they beat Dinamo Tbilisi but conceded even 13 goals. Novi Beograd will play its first away game in the season and goes to Split with a wish to return on the winning track after the loss to Olympiacos.

Barceloneta will play against Dinamo in Tbilisi. Everything but the Spaniards’ victory would be a surprise.

The second round in Group B doesn’t promise thrilling battles because one team is a big favorite in each of the four encounters.

Marseille, encouraged by a 14:9 win over Jug in Dubrovnik, travels to Romania and targets three new points against Steaua.