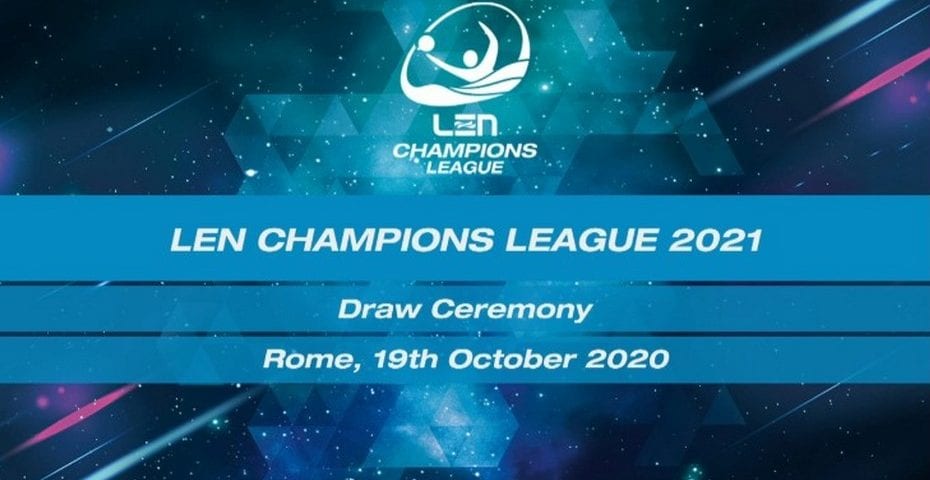 The draw for the Champions League main round has been conducted in Rome today.

The clubs were seeded according to the rankings in the season 2018/2019. The reigning Ferencvaros and the runner-up in the 2019 Champions League Olympiacos, were in the first pot, Barceloneta and Pro Recco were in the second, etc.

Also, Ferencvaros and Pro Recco couldn’t be drawn in the same group, because these clubs will be technical hosts of the first “bubble” tournaments, in December (Budapest and Ostia). Besides, the two German clubs (Waspo Hannover and Spandau 04) couldn’t be in the same group. 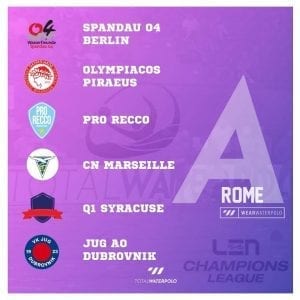 Teams sorted according to start numbers (click to enlarge) 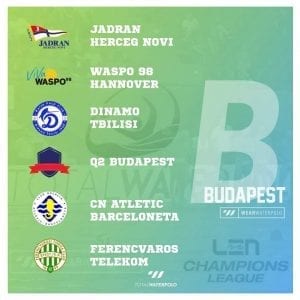 Teams sorted according to start numbers (click to enlarge)

It seems that it will be harder to get to the Final Eight grom A group. Four former European champions play in this group

Three teams with long traditions – Olympiacos (2002 and 2018 Champions League winner), Pro Recco (eight-time European champion, the last time in 2015), Jug (four-times European champion, the last time in 2016) are Group A, as well as the LEN Euro Cup winner Marseille and Spandau 04, which was very successful in the 80s. Spandau was the Champion of Europe four times, but it hasn’t won a trophy since the season 1989/90.

Ferencvaros, the reigning champion, and Barceloneta, the 2014 Champions League winner, stand out in Group B. However, in this group, there are only three available tickets for the Final Eight since Waspo Hannover is already qualified for the tournament (June, 3 -5) as a technical host.

So, the groups are relatively balanced.

Schedule of the first tournaments

Eighteen teams will take part in the qualifications in November