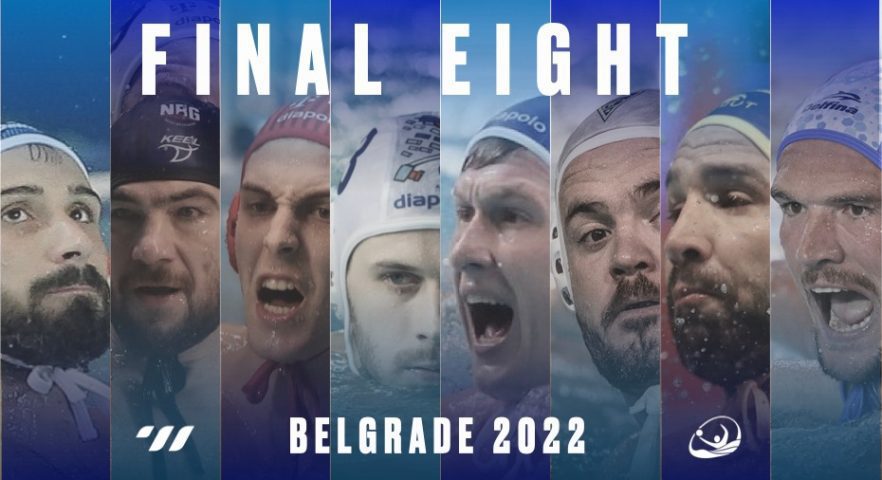 Two days are left until the culmination of the season of the competitions for clubs.

On Thursday, the Champions League Final Eight begins in the Sports Centre “11 April” in Belgrade.
The list of the participating teams is almost the same as at the last year’s Final Eight, held in the same pool. Only Olympiacos, which finished in 7th place in 2021, failed to qualify.

Pro Recco, Ferencvaros, Brescia, Barceloneta, Jug, Hannover, and Marseille return to Belgrade and will be welcomed by a newcomer to the Champions League Novi Beograd. The Serbian team debuted in the Champions League this season. Still, it has been considered one of the favorites for the trophy since the beginning of the season.

Five of the eight clubs finished the domestic seasons with a “double crown”. Pro Recco, Ferencvaros, Barceloneta, Marseille, and Hannover won the national title and the Cup in their countries. Novi Beograd is the Serbian champion and the Regional League winner. Jug clinched the title n the Croatian League. Only Brescia hasn’t won a trophy this season yet.

Half of the eight clubs have won the title of the European champion – the record-holder Pro Recco, Jug, Barceloneta and Ferencvaros. Brescia and Marseille have LEN Trophy/Euro Cup n their treasuries. Novi Beograd and Hannover still haven’t lifted a trophy in the LEN competitions.

Find out all the important facts you need to know about the participating teams, facts about the most successful coaches and players, and more… 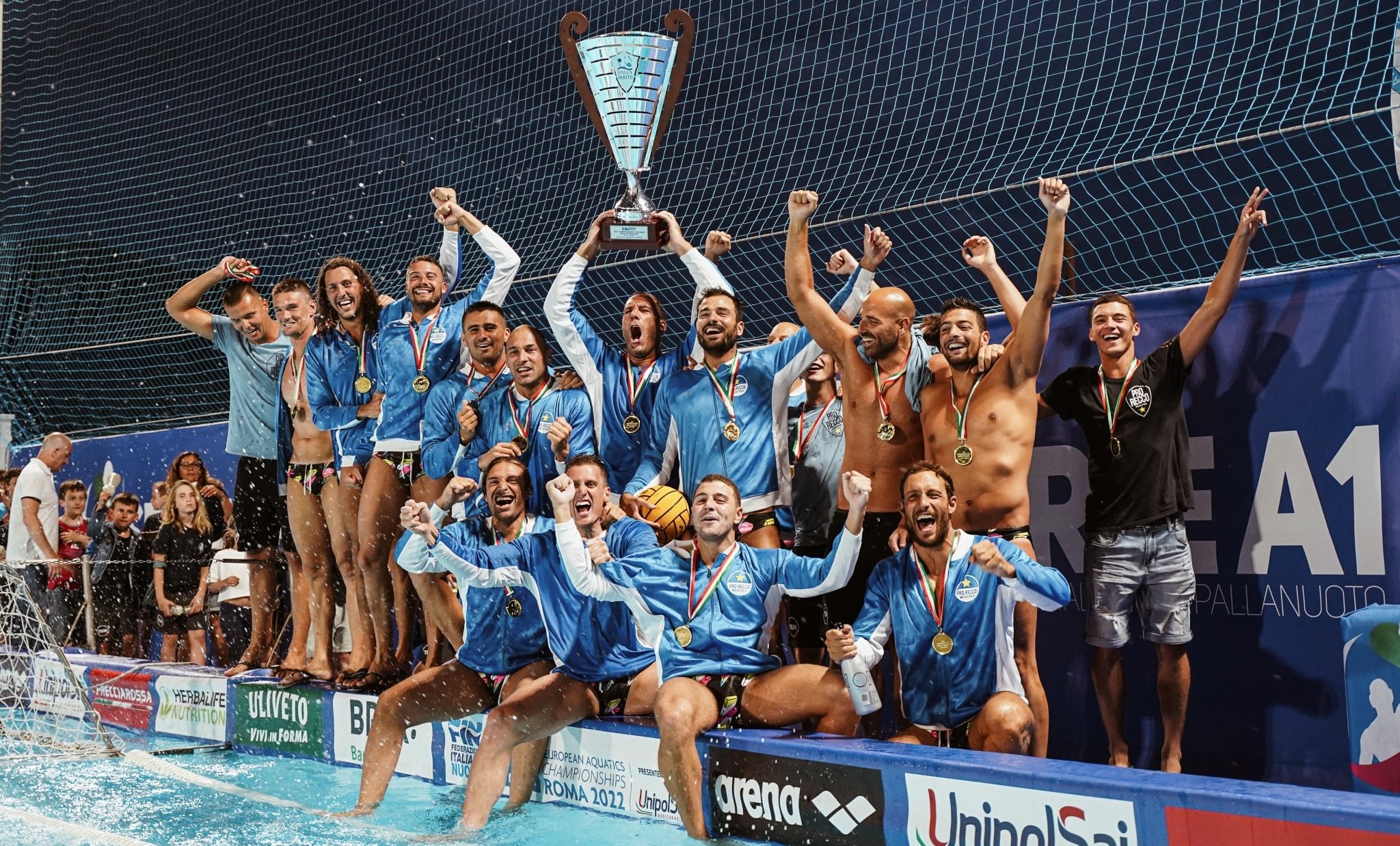 The same story repeats from season to season – Pro Recco has been constantly a favorite for the title in the Champions League. However, since LEN established the F6/F8 format, Recco triumphed just twice – in 2015 in Barcelona and last year in Belgrade. Recco’s goal is the Champions League trophy again.

Last year Recco returned to the throne after six years. But, a few days after the win over Ferencvaros in the Belgrade final, head coach Gabriel Hernandez left the club. Sandro Sukno accepted Recco’s offer and a big challenge to become the head coach of the water polo giant, although he was only 31 years old.

Everything with the new coach has worked well so far. Pro Recco has been keeping a high level of shape since the beginning of the season. There were not many downs and surprising defeats.

Last season, Recco had a perfect record in the Champions League – 13 wins in as many games. The reigning champion suffered one loss this season (to Jug in Dubrovnik), but it won 1st place in Group B quite convincingly with a +100 goal difference. Still, it should be mentioned that Recco didn’t have a real chance to take revenge for the defeat in Dubrovnik. Jug wasn’t able to arrive in Italy due to many Covid cases in the team,. Therefore, a win with a technical score (10:0) was awarded to Recco.

Recco won the “double crown” in Italy. It is highly motivated before the start of the Final Eight. The Italians’ next hurdle will be very high. They will play against Barceloneta in the quarterfinals. That game will be maybe the derby of the tournament’s first day. 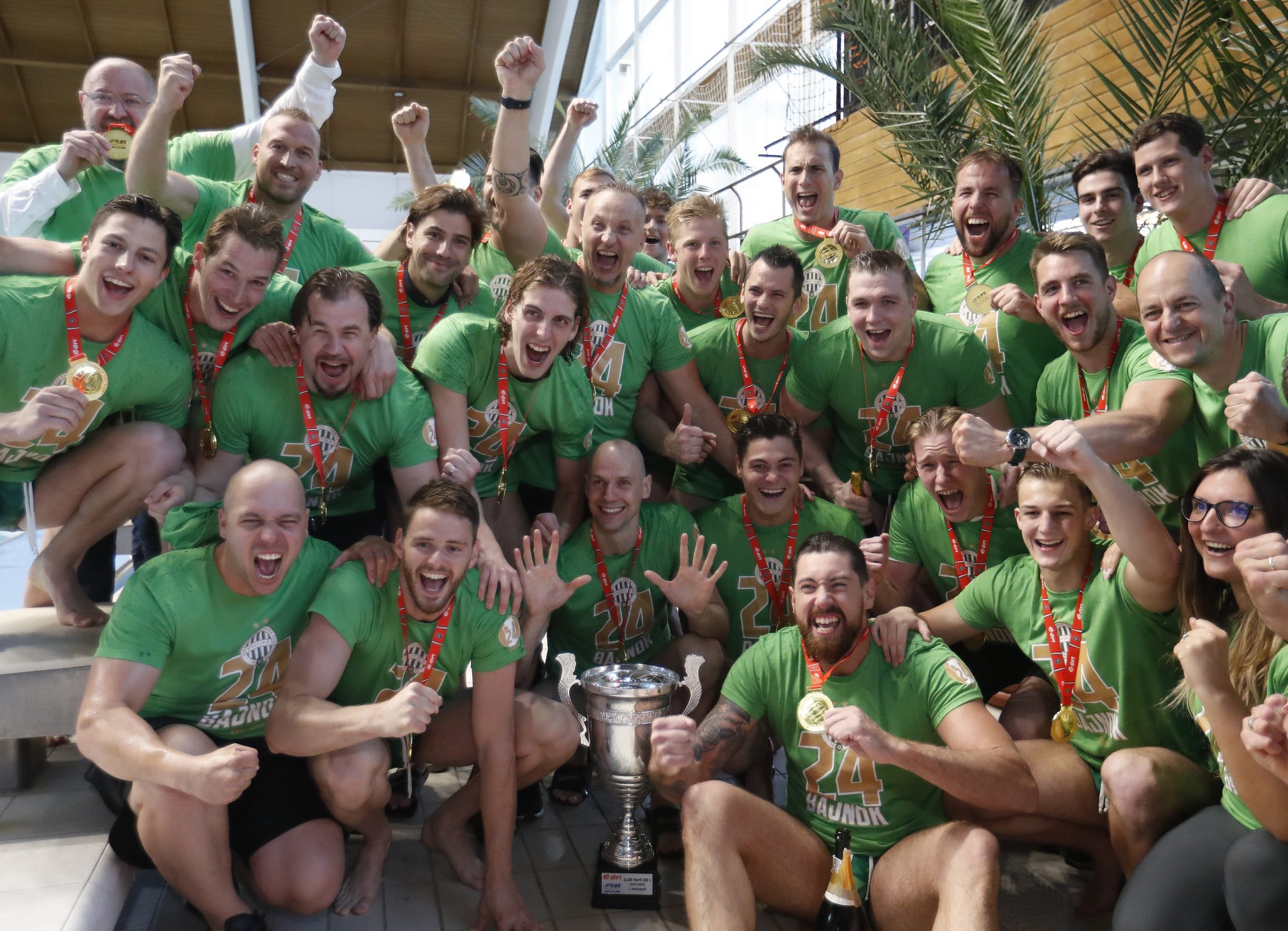 Ferencvaros had a very strange season in the Champions League Preliminary Stage. It recorded three draws in the first three rounds. The 2019 champion beat Novi Beograd in the fourth round, which was a turning point. After that, the Hungarians played better and better.

However, they suffered two back-to-back losses on Day 9 and 10 – to Jadran in Split (7:9) and a debacle against Barceloneta in Budapest (7:17). It seemed that a spot at the F8 was an unattainable goal. But, Ferecvaros managed to recover and finish the season in an excellent way. Two great away victories (against Novi Beograd and Olympiacos) and two hard-fought home wins (against Radnicki and Brescia) put the Hungarians to 2nd place in the group.

The finish of the domestic season was excellent, too. Ferencvaros blew OSC away in the final of the Hungarian League. The Hungarians got into shape in time. 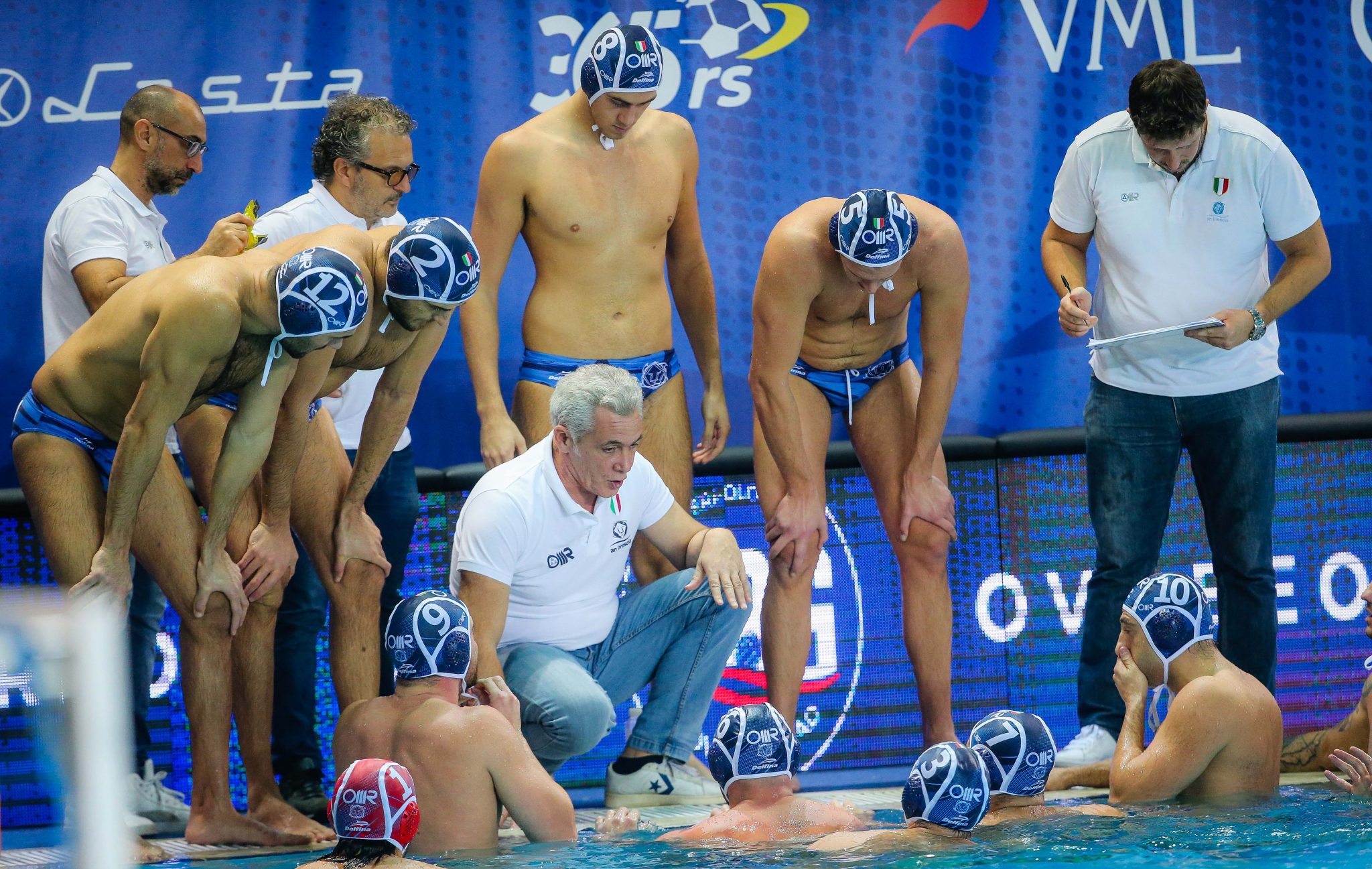 Brescia hasn’t won a trophy this season, unlike the other seven clubs. In addition, Brescia is the only team at the F8 that doesn’t have a wild card and had to play the qualifications.

The second-best Italian club had to pass a lot of hurdles on its way to the Final Eight. It achieved a goal in style. Brescia finished atop the “Group of death”. Brescia suffered only two losses (to Novi Beograd and Ferencvaros). Some of the Italians’ most significant feats this season were a 6:5 win over Jadran Split, when they had only 10 players on the roster, including two juniors, and an 8:5 victory over Olympiacos in Piraeus.

Brescia failed to defend the title in the Italian League, but tiny details decided in the playoffs final. However, Brescia, which will open the tournament with a match against Hannover, has a team that is capable of great success. 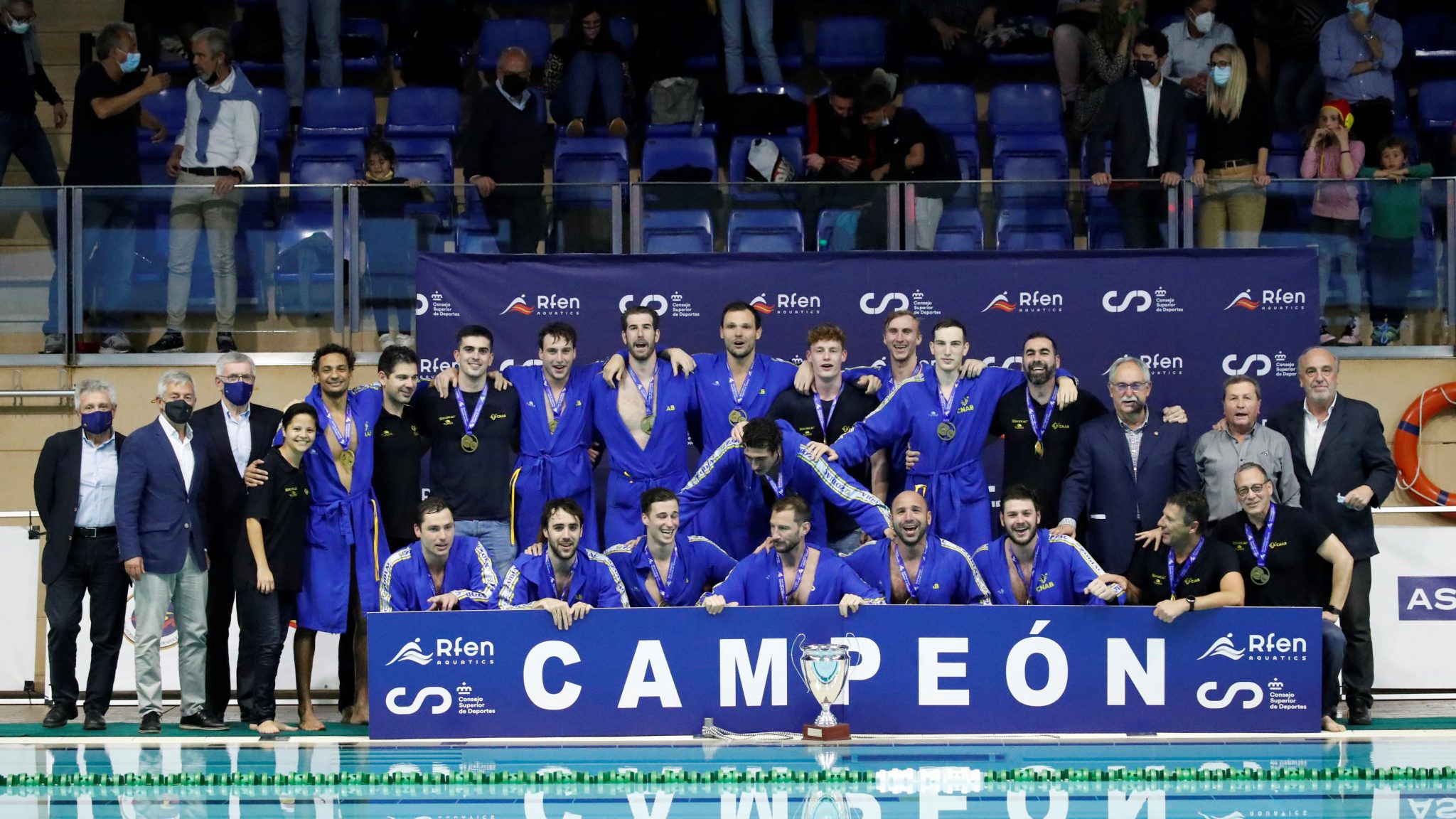 Spanish champion played quite well throughout the season. But, it beat none of the other three qualified teams from Group A (Brescia, Ferencvaros and Novi Beograd) at home. Interestingly, all three games ended in a 12:12 draw. Primarily because of these results, Barceloneta finished in 4th place and will have a very demanding challenge in the quarterfinals, where it will meet Pro Recco.

Barceloneta has an experienced team guided by an experienced coach. They dominated in Spain this season and cruised to the titles of the national champion and the Cup winner. Barceloneta finished the domestic season in mid-April.

The Spaniards played only two official games in the last month and a half (against Jadran Split and Brescia). A lack of matches against strong opponents in such a long period may be Barceloneta’s disadvantage. On the other side, they had enough time to prepare for the Final Eight. 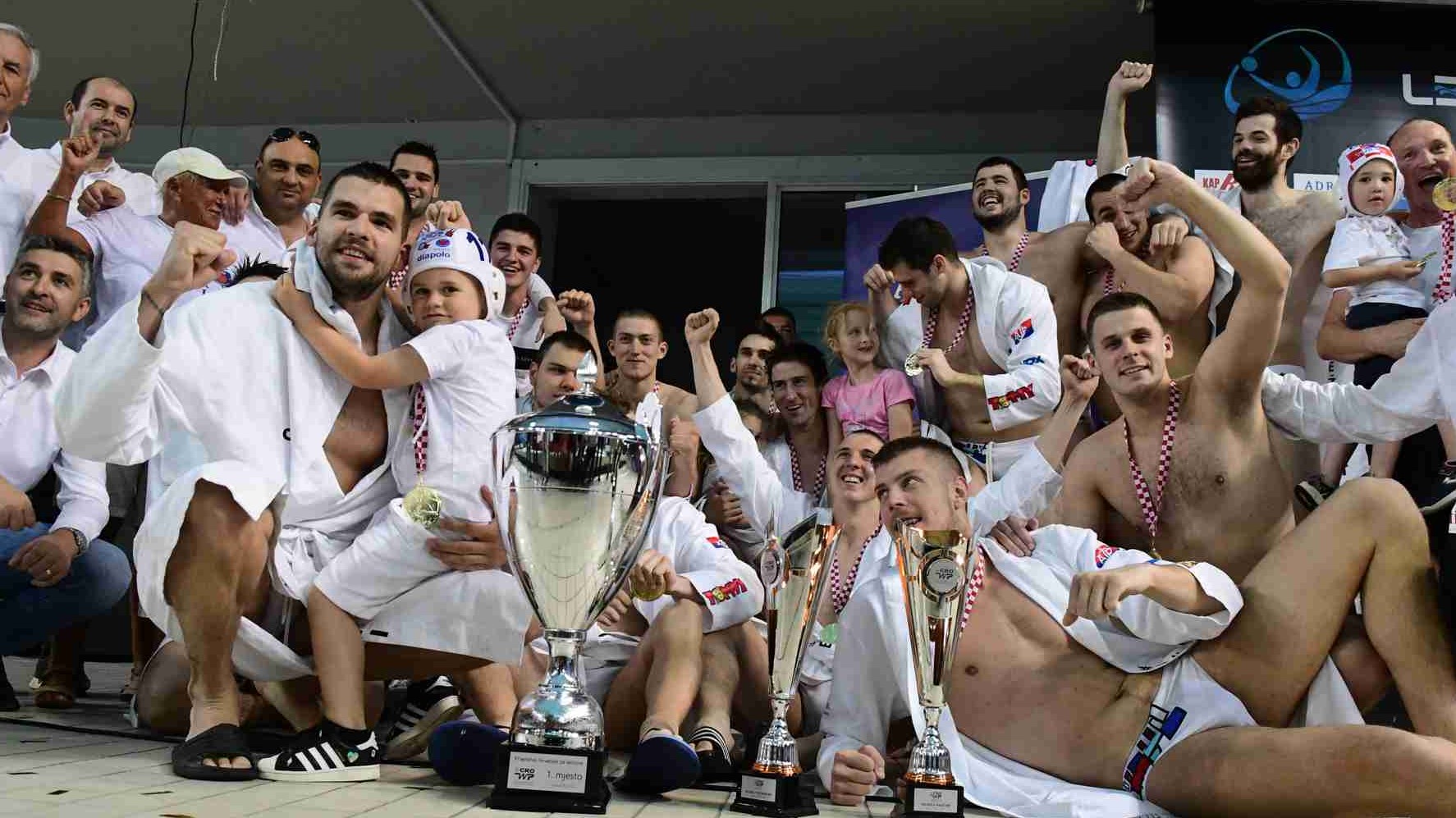 Jug has been a regular participant in the F6/F8 tournaments since 2015. But it hasn’t had many wins in crucial matches in Europe and in the national competitions in the last two seasons. It has lost several quarterfinals, semifinals, and finals. Still, last week, Jug won its first trophy after almost two years, beating Jadran Split in the final of the Croatian Championships. It returned on the winning track in big matches.

We’ll see if Jug is able to keep the momentum gained at the finish of the domestic season. Don’t forget, Jug is the only team that has managed to beat Pro Recco in the Champions League in the seasons 2020/21 and 2021/22 (11:8 in Dubrovnik in January). The Croats have proved many times that they could beat anyone.

It should be mentioned that Jug has played two tournaments in the pool “11 April ” this season – in the qualifications of the Regional League and at the Final Eight of the same competition (a total of eight games). This season, the pool in Belgrade has become Jug’s “reserve home field”, and the Dubrovnik-based team doesn’t need to adapt to the venue. 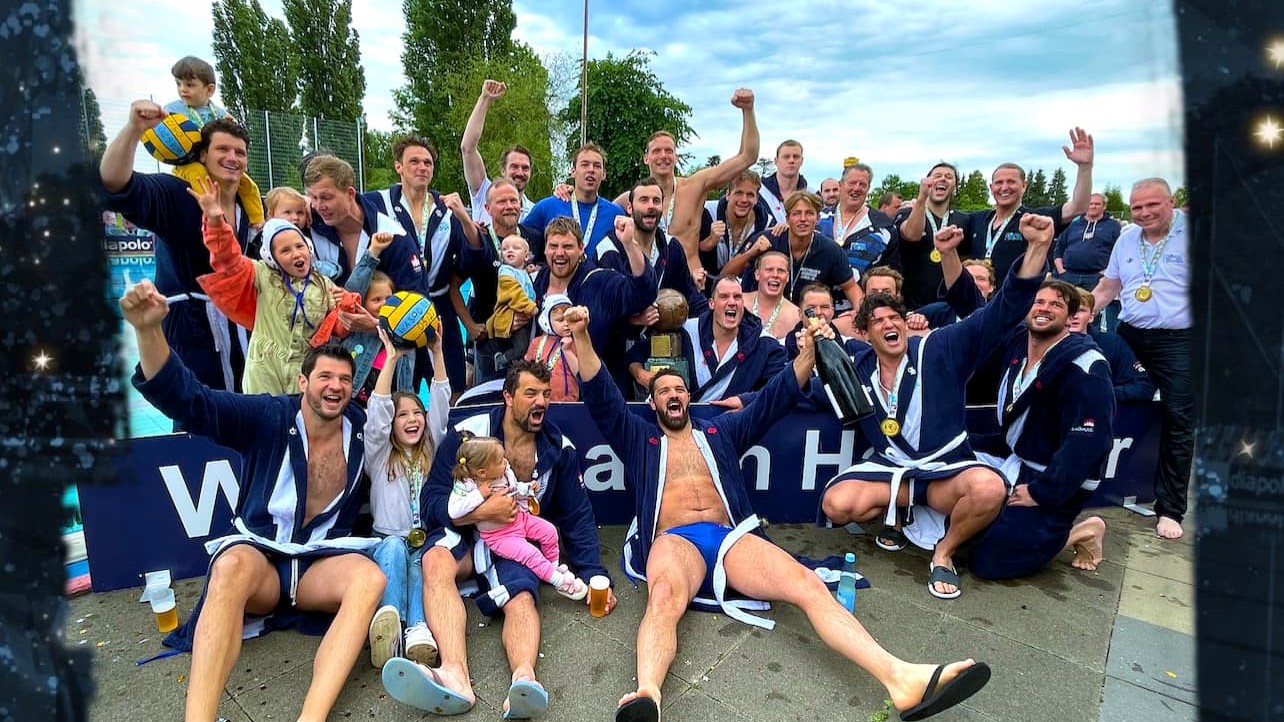 Waspo Hannover has dominated in the German League in the last few seasons. However, with all due respect to the German champion, Hannover is an underdog in Belgrade.

Still, a team that qualified for the F8 for the second year in a row, shouldn’t be underestimated. An experienced team from Hannover caused some upsets this season (they ran over OSC in Budapest).

The Germans arrive in Belgrade without big pressure, unlike the favorites. That may be their advantage. In the quarterfinals, they will face Brescia, which had to recover from a defeat to Recco in the Italian League final. 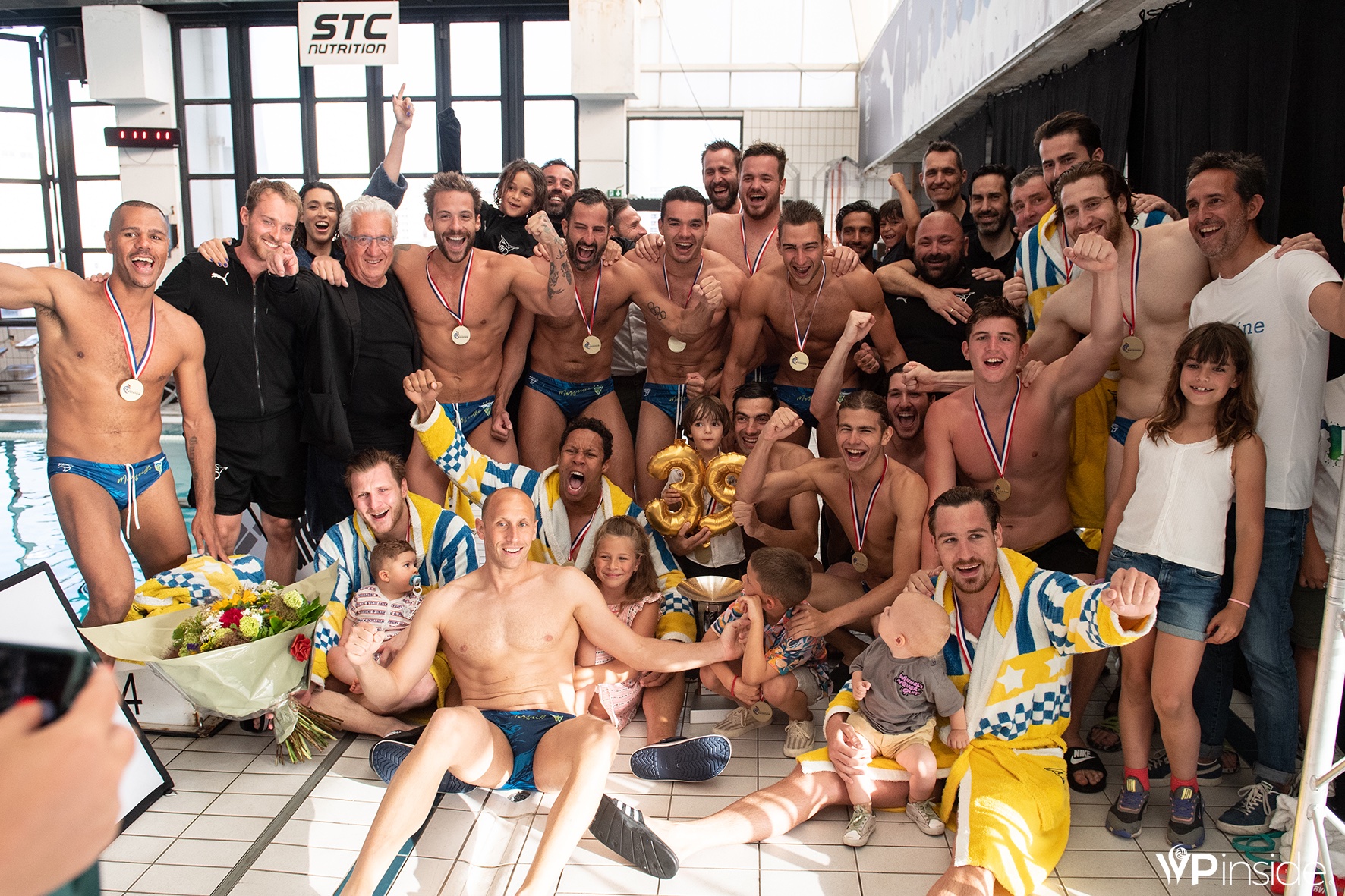 Water polo has a long tradition in France. But, the French clubs didn’t have a lot of success on the European stage before 2019. Everything changed when Paris was awarded the 2024 Olympic Games. The French aim to have a quality national water polo team. The clubs have strengthened their line-ups with quality foreigners, who help domestic players to develop. Marseille is a leader of a new French water polo wave.

Three years ago, Marseille became the first French club that won a trophy in the LEN competitions. The club has grown year by year. It had a magnificent season in the Preliminary stage. Marseille recorded eleven straight wins and finished 2nd in Group B, behind Pro Recco. Considering what happened in the previous several years, that result isn’t surprising.

The French won’t be the favorites in the quarterfinals against host Novi Beograd. However, it won’t be a big surprise if they reach the semifinals. 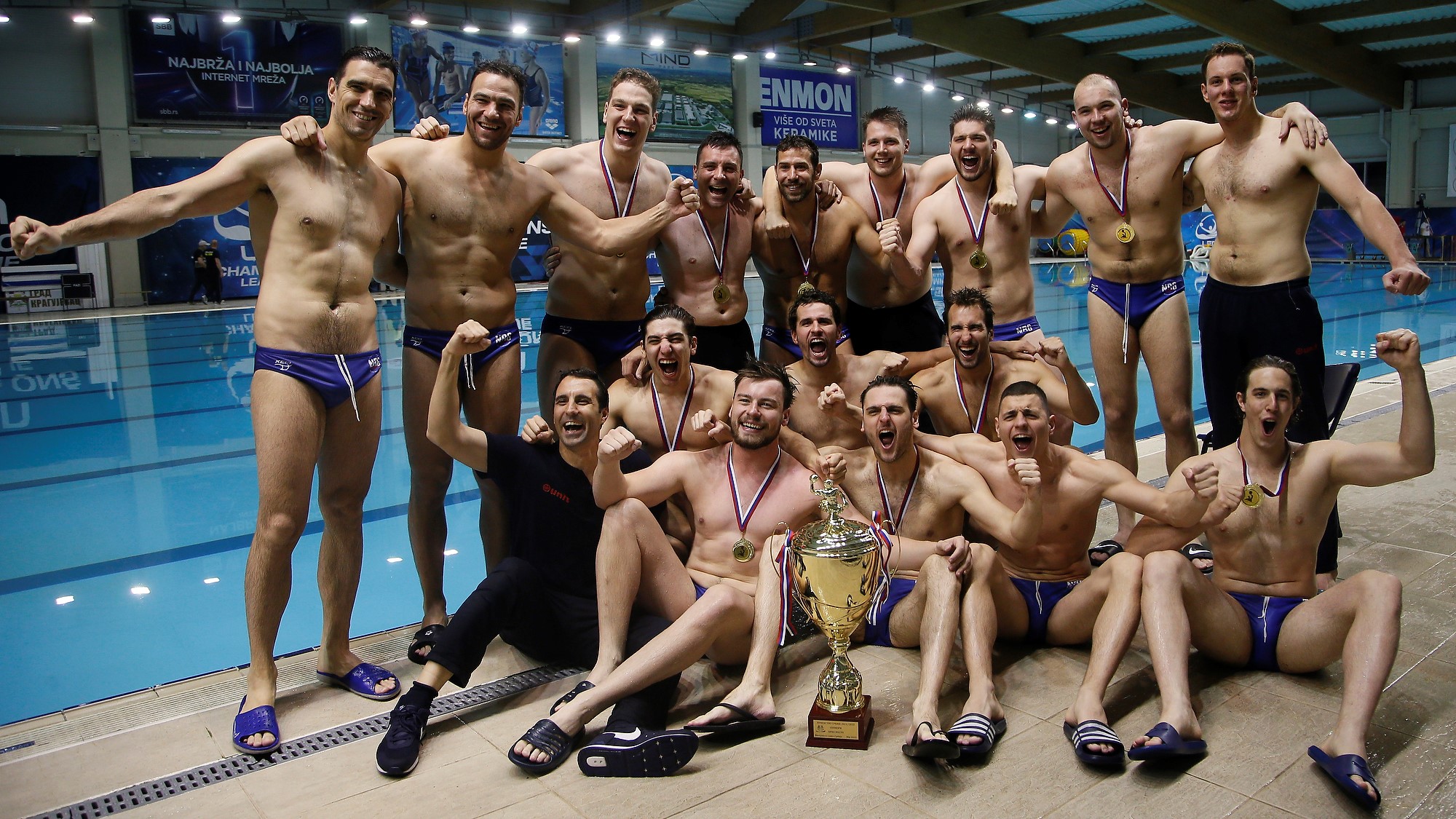 Novi Beograd was founded in 2015, but it has quickly grown into a water polo giant. The project of forming a strong team, Novi Beograd started two years ago. Last summer, the club signed contracts with several superstars and sent a strong signal that it had high ambitions.

But, something went wrong at the beginning of the season. Novi Beograd needed a lot of time to find its rhythm. After all, it always takes time for a new team to find the right track. Head coach Vladimir Vujasinovic resigned in the middle of the season. Dejan Jovovic temporarily replaced him. In February, Igor Milanovic was appointed as the head coach. As the end of the season was approaching, Novi Beograd played better and better. It reached an excellent shape. The F8 host won the Regional League and the Serbian League and finished 3rd in the Champions League Group A.

The latest results in all competitions are good encouragement for the hosts.

There is no doubt that Novi Beograd is targeting a trophy. But, other favorites have the same ambitions.

Igor Milanovic (Novi Beograd) is the most decorated head coach among the eight who will guide their teams at the Final Eight.

Milanovic is one of just a few persons who have won the Champions League (Champions Cup and Euroleague earlier) both as a player and a head coach. He clinched three titles of the European champion during his playing career (Mladost in 1990 and 1991 and Catalunya in 1995). Milanovic has coached two winning teams in the CHL – Partizan (2011) and Pro Recco (2015). 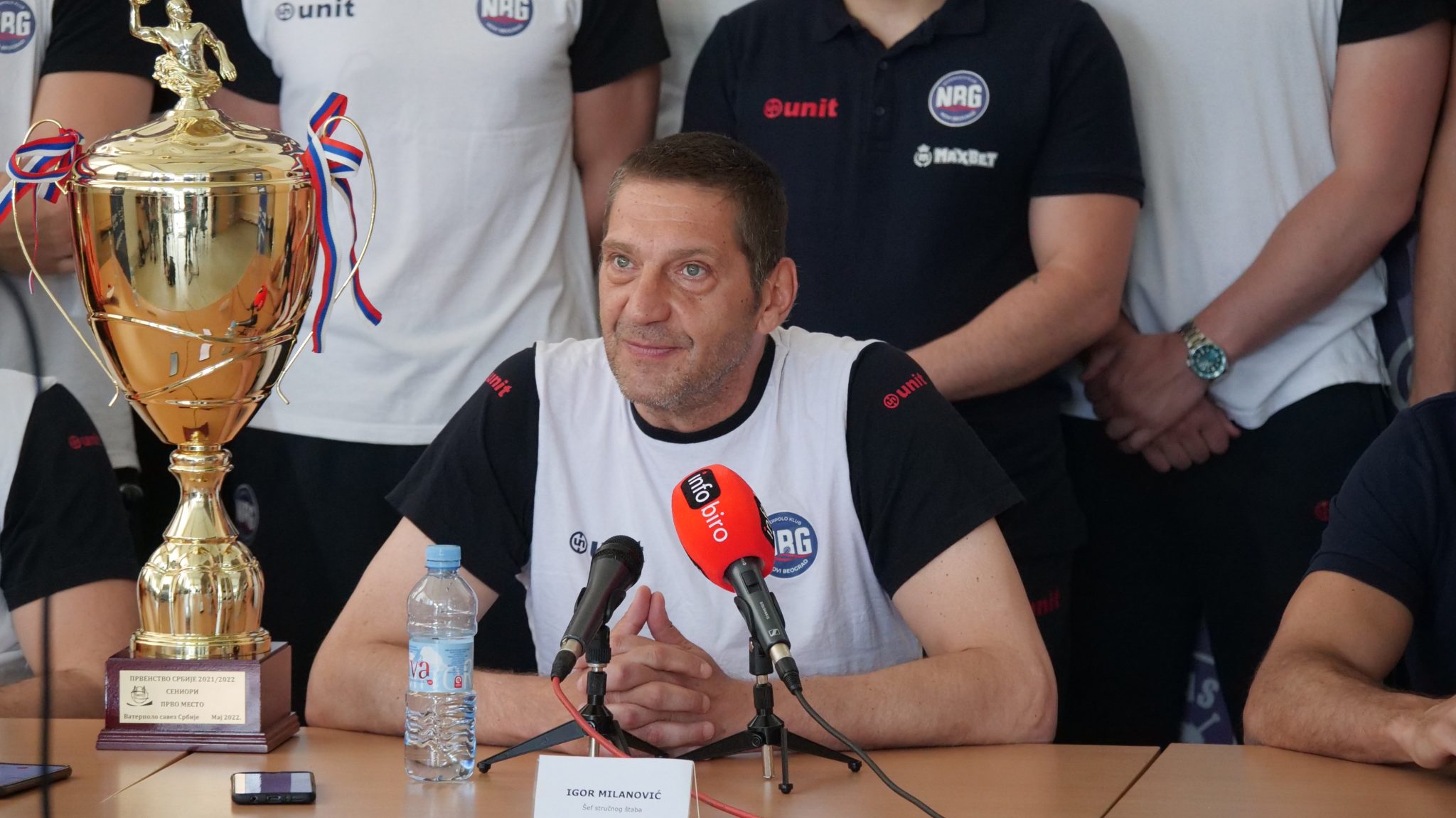 Vjekoslav Kobescak (Jug), like Milanovic, has won the Champions League as a player and as a coach. Kobescak was a member of the team of Mladost that won the crown in 1996. Twenty years after, he guided Jug as a head coach to the trophy at the Final Six in Budapest, when the Croats upset favorites. 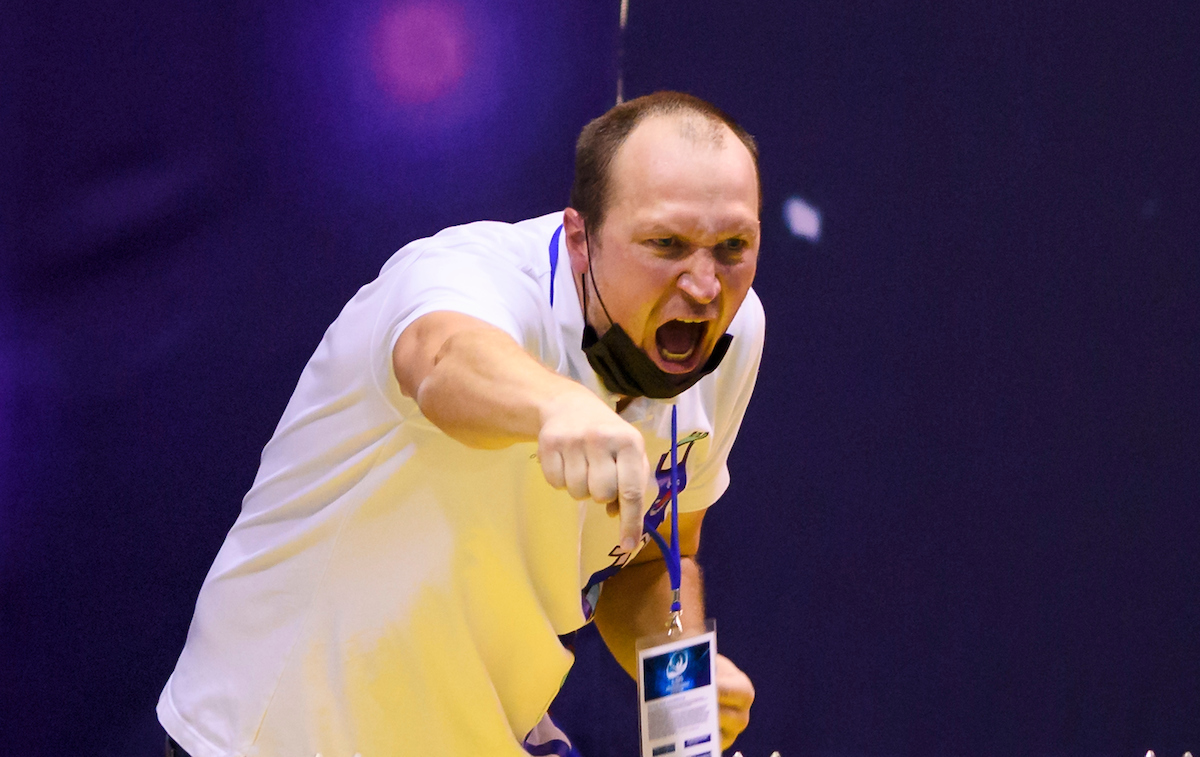 Elvis Fatovic climbed the European throne playing for Jug in 2001 and 2006. However, Barceloneta’s coach still hasn’t won a European trophy in his coaching career. Between 2013 and 2021, he worked far from Europe. He was the head coach of Australia.

Zsolt Varga (Ferencvaros) didn’t win the CHL as a player, but he guided the Budapest-based team towards the title in 2019 as a head coach.

The list of the coaches who have won the Champions League concludes with the youngest one – Sandro Sukno. He won the 2012 Champions League with Pro Recco. Sukno started his coaching career in Primorac in 2020 and took over Recco last summer. 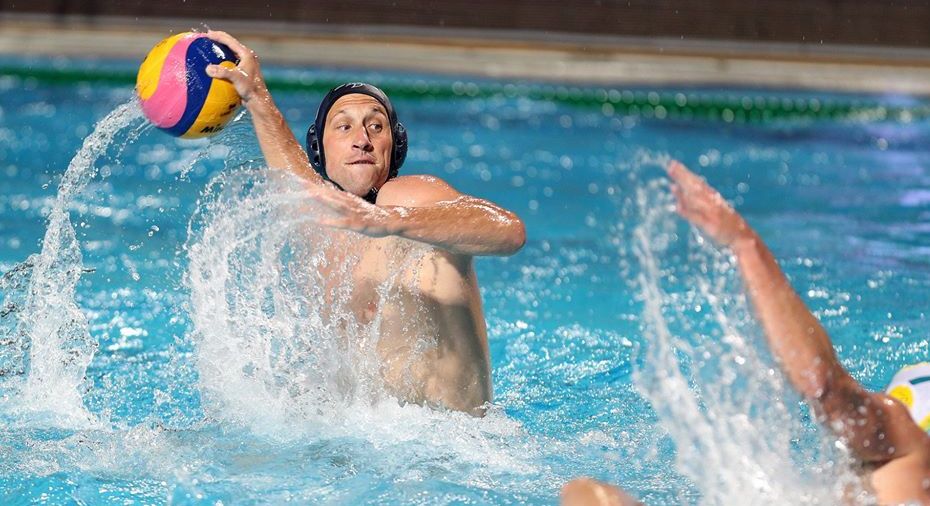 Igor Milanovic is the only of the eight head coaches with five Champions Leagues. The spectators in Belgrade will watch two aces who have won five titles of the European clubs’ champion- Andrija Prlainovic (Marseille) and Pietro Figlioli (Pro Recco). 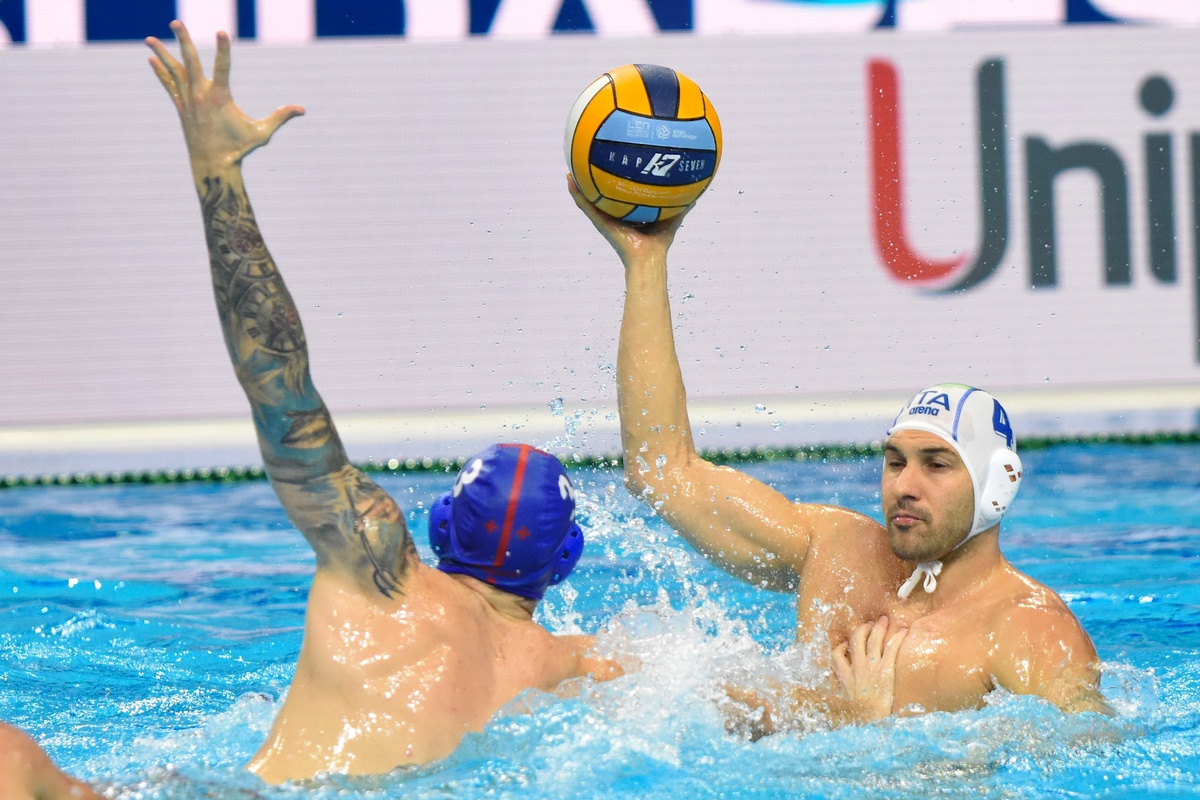 Dusko Pijetlovic, one of Novi Beograd’s pillars, has won four trophies. He won three titles in a row with three different clubs, along with Prlainovic, between 2011 and 2013 (Partizan, Pro Recco, and Crvena Zvezda) and climbed the podium with Recco in 2015.

Several players who will battle for glory in the Sports Centre “11 April” have won the CHL twice. Among them are two winners of the Total Player Awards – Denes Varga (2017 – Szolnok and 2019 – Ferencvaros) and Dusan Mandic (2011 – Partizan and 2021 – Pro Recco). Last year, Mandic was voted the MVP of the Final Eight. 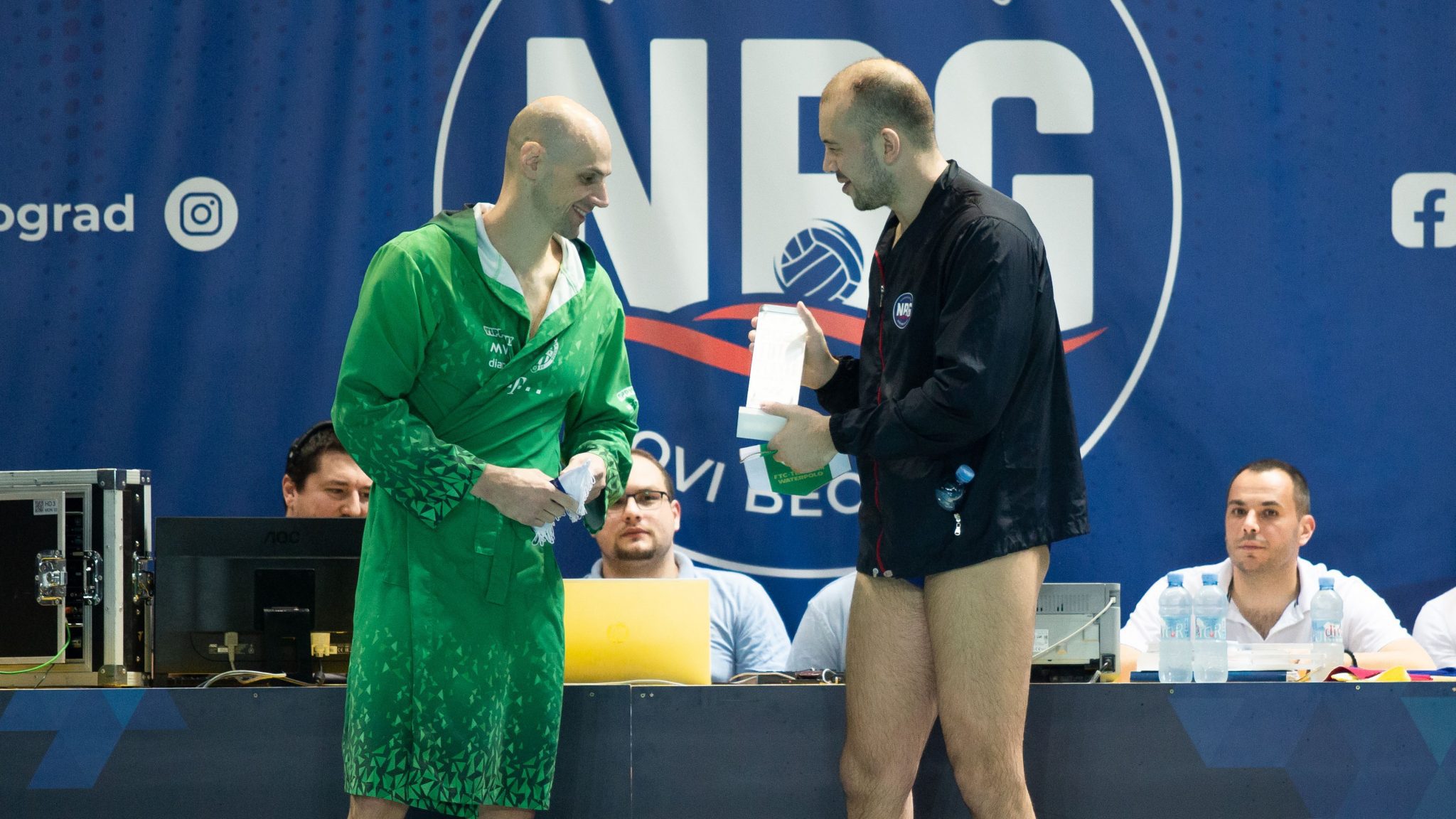 The Final Eight will be held in the indoor pool of the Sports Centre „11 April“. For this occasion, the additional, temporary stands have been added, so the capacity increased to 1511 seats. 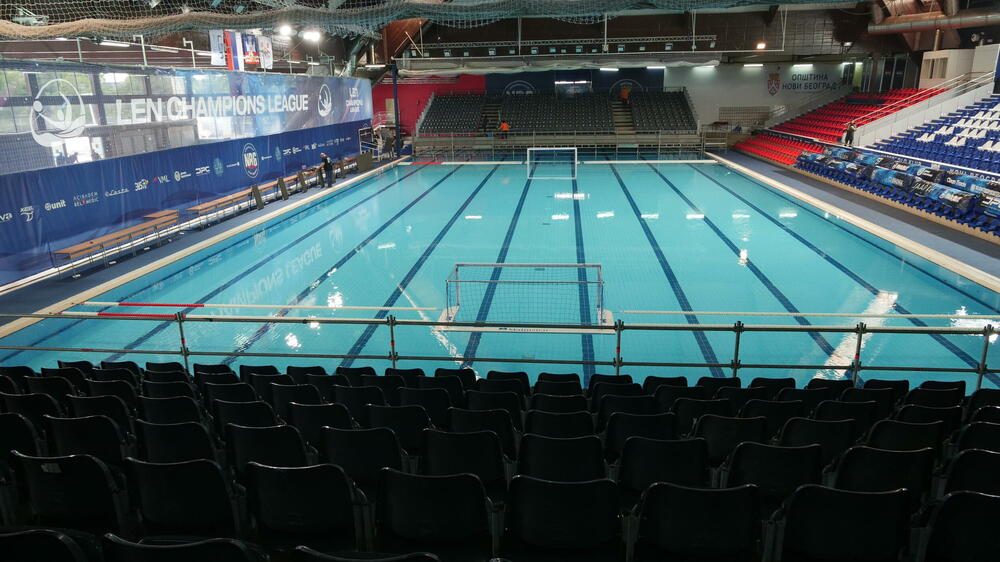 Twenty-five clubs have won the Champions League. Ten clubs have clinched more than one trophy. 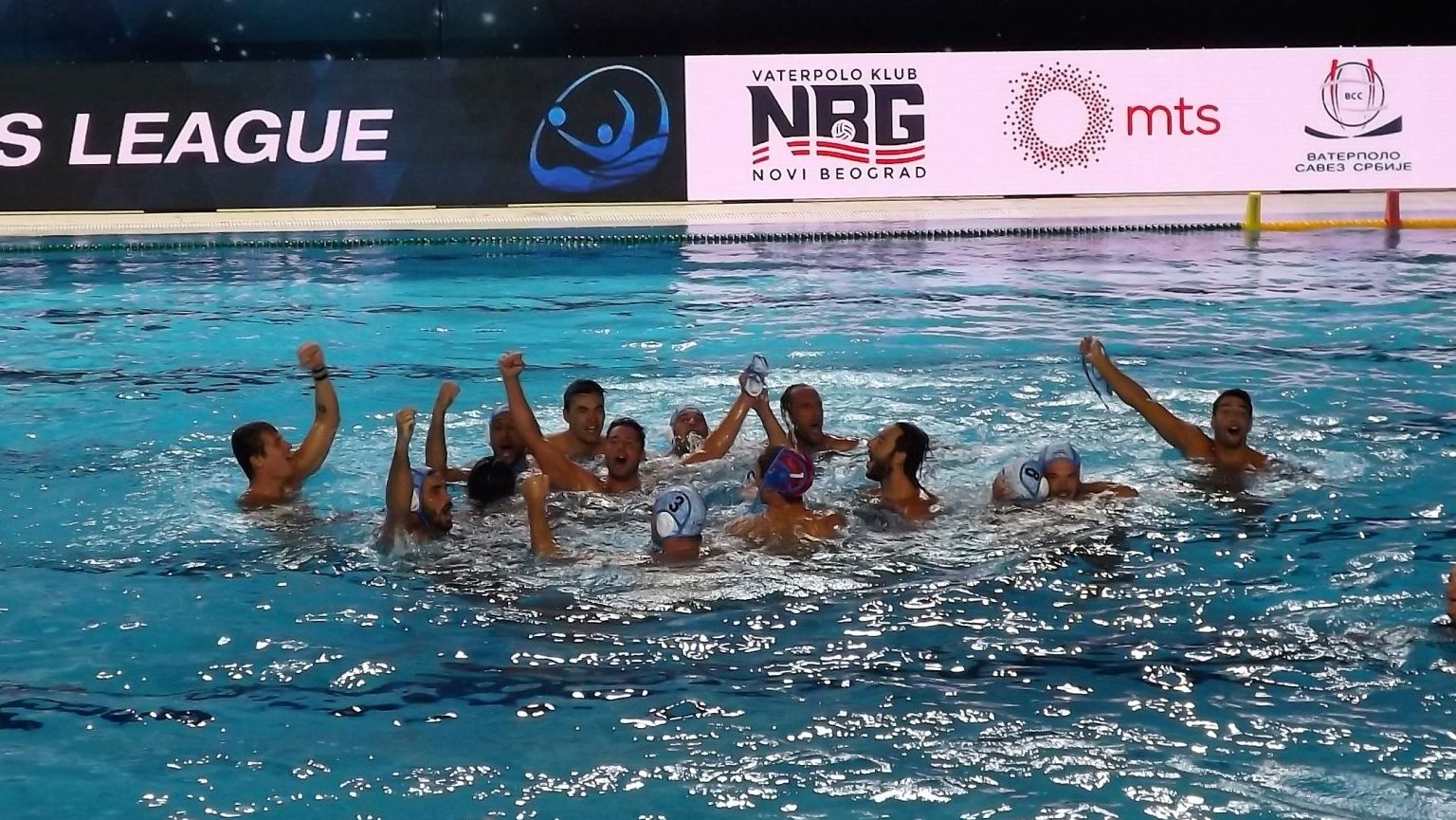