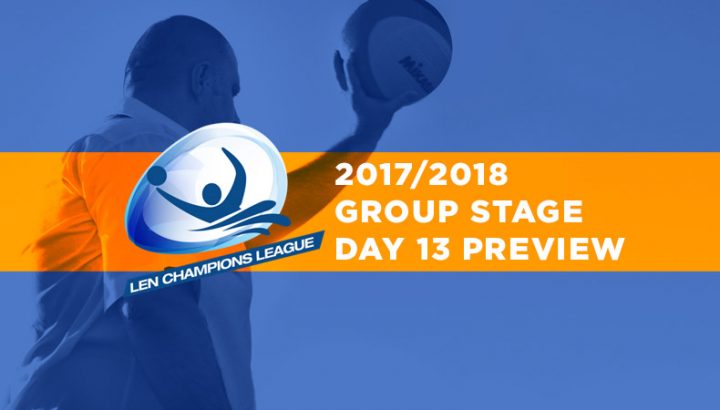 Five sides are already aboard, three more spots are to be booked, the penultimate round might decide the faith of each – or none.

The biggest excitements are foreseen in Group A where three teams are running for the remaining two spots. 2016 champion Jug (CRO) has an easy task even if they have to play in Belgrade but the Croats should win against the bottom-ranked Serbians. At the same time Brescia (ITA), already trailing by two points to Jug and Dynamo (RUS), faces a tough away game in Barcelona.

“After achieving the qualification in the last match, now it’s time to prepare the team for the end of the season and enjoy the last two matches but especially this one that we have against Brescia in front of our fans. It will not be an easy match because they need to earn points to reach the Final 8 but we will try to make a good game to get the victory.”

“Saturday’s game will be a very hard challenge: we’re going to face a team in great conditions. After their loss in Brescia, the Catalans didn’t lose any more and got eight wins and two draws. With no doubt, an amazing growth. However, for us, achieving a good result is fundamental and we’ll give our 110 percent to gain points.”

“Jug is the favorite, of course. The upcoming encounter is a ‘must-win’ match for the Croats because they need all three points to keep a chance to reach the Final Eight. They are coming to Belgrade with a lot of motives. But we have our goals, too. We will try to do our best. In a few matches this season we proved that we could play against strong teams.”

“Nothing but victory in this game is acceptable for us. I hope we will continue with our good performances and to secure place for Final 8 tournament.”

The Spaniards lost to the Italians on Day 2, since then they have been enjoying an unbeaten run, won their last seven matches and with some luck, they can even have a shot on the top spot in the last round. However, Olympiacos can deny them to eye the first place, with a win in Moscow the Greeks would surely stay atop. Here Dynamo is also in desperate need for the points since the Russians visit Jug in the last round and Brescia will have a home match against Hannover, so a positive result for Dynamo against Olympiacos is a must this Saturday.

“We returned to the race of making the Final 8 and we will do our best to conquer our place in the final.”

“Yet another great game away from home. We are called to face Dynamo Moscow by playing a ‘final’ against them! Victory is for both teams one way. If we win another big game that will reassure our dynamics and quality as a team. We are 40 days before the Final Eight, in the final straight! From now, until the end, we have to be serious and determined!”

“OSC Budapest, I remember very well. We were in control of the game the whole time, except for the last minutes. In the last second, we lost. We are striving to change this and do our best in the last game at home in this Champions League season.”

“As we already lost the chance to play in the Final Eight and also in the Hungarian championship final, we would like to use this game as a preparing for the bronze medal game in our league. A long time ago we haven’t won a game in the Champions League so we would like to change this and rebuild our self-confidence as this is what could be a great boost for us for the next games. This is why we must play a full concentrated game against a strong Hannover team.”

In Group B, the three big guys are already through, Recco’s (ITA) encounter with Eger (HUN) is going to be a great water polo spectacle as both sides are on the winning track. Eger managed to stun title-holder Szolnok (HUN) two more times in the Hungarian league showing that the team is on the rise in the whole spring.

“We will play against the reigning champion, so for us, this game will be very difficult. At the same time, we have to see where we are, after the first year in the most important competition for clubs. We are arriving at almost the end of the season so we will do our best to play at the level of our opponent!”

“Our first task is to forget our bad luck on Wednesday when we lost against Eger. In the second round, on home soil we won easily against Steaua, which we cannot take as a ground for this game, as this will be a new game, moreover, it will be away. As the Romanian team performs better and stronger on home grounds, we have to be well prepared. To sum it up, we have to put a lot into our game in order to win.”

“Eger is the surprise of the tournament, whoever will face them in the quarterfinals will face a team which is really dangerous. For us, it will be a very important game to assess our improvement process.”

“If I remember correctly, we never beat Recco. We would like to change this situation, and this is a good motivation for the team. The victory is not so important for the teams now, but against one of the best sides, we have to play strong. I’m sure, neither of the teams approaches this game light-minded.”

Here Jadran (MNE) has a slim chance to catch Spandau (GER): the Montenegrins play a must-win match with bottom-ranked Alphen (NED) then will wait for the outcome of the Sunday encounter featuring Sabadell (ESP) and Spandau (GER). If Spandau wins – they are the favorites – it’s all decided. If not, a life-or-death game looms for them against Jadran on Day 14.

“It’s our last Champions League game at home this season. We are favorites, but the game will not be so easy. They had a great game against Sabadell last week.”

“We are preparing ourselves for the playoffs in Dutch League which will start next week. The game against Jadran is, therefore, a perfect moment to show our quality and get ready for those playoffs. It’s obvious that the Champions League is a very good experience for all players, mainly the young ones, but we have to see that we have come short on quality to compete on this level. We need to bring that experience to the playoffs and focus on winning the Dutch League.”

”We want to make a good match as a farewell to the Champions League at home. We are preparing the play-off of the league and this match will go very well to be able to gain strength for the next game. We want to do well in front of our fans.”

“We have the big opportunity to make the decisive step to the Final Eight. However, Sabadell has proved its strength by beating Jadran. And even our first game against Sabadell in Berlin was tighter than the result might show. So we have to be very careful and play on our best level otherwise we won’t have a chance to be successful. If we are able to play on the same level as in Szolnok we might be able to grab at least one point.”