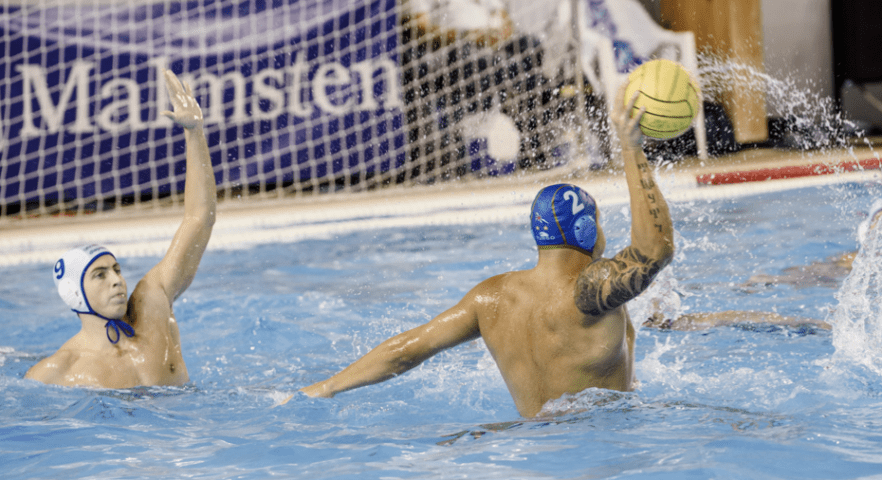 Yesterday, the first qualification round for the Champions League was finished. There were not many exciting matches. The outcomes of most of the games were predictable, there were no surprises. Favorites recorded many convincing wins.

But, the second stage will bring some outstanding clashes.

The draw for the second round, which will be played in mid-October was held today. Nineteen teams will play in this phase (11 that advanced from the first round and eight that are directly qualified – Brescia, Noisy-le-Sec, OSC Budapest, Jadran Split, Sabac, Barcelona, ASC Duisburg, and Vouliagmeni).

Just like in the first stage, the teams are split into four groups (three groups with five and one with four teams), but unlike in the first stage, only two teams from each group will advance to the third round. According to the new competition formula, all other teams can continue the season in the LEN Euro Cup (Qualification Round 2).

The matches in the groups with five teams will be played between October 13 and 16, while Group C will start on October 14

The toughest group will be, undoubtedly, Group A, which features three teams that already have won European trophies and all aim to qualify for the Main Stage. Jadran Split, the runner-up in the Croatian League last season and double European champion, will organize the matches in Group A. The Split-based team will host Vasas (Hungary), which was the European champion too, Italian Savona (the multiple LEN Euro Cup winner), former Serbian champion Sabac and Steaua Bucharest, which was the wild-card holder in the last season.

Vasas and Jadran are favorites for 1st and 2nd place, but Savona can also enter the battle for the next round. Sabac, which brought several reinforcements this summer, and Steaua, might surprise.

Two groups will be held in cities located on the coast of the Adriatic Sea – In Split and Kotor. The other “Adriatic group” can also produce a lot of excitement and balanced games.

Primorac Kotor, the 2009 European champion, will host Tourcoing Lille, OSC Budapest, and Vouliagmeni in the only group with four teams. It isn’t easy to predict the outcome of the group in Kotor, just like in the group in Split. OSC Budapest, one of the best Hungarian teams, has high ambitions in Europe, but Tourcoing, which renovated its team, and Vouliagmeni, also target spot not only in the Qualification Round 3, but in the Preliminary Stage. Primorac, as the host, won’t surrender without a big battle.

The matches in Group B will be played in Barcelona. Besides the host, Noisy-le-Sec, Oradea, Jadran Herceg Novi and Vitoria Guimaraes will play in Catalonia. The home team and Noisy-le-Sec are the favorites, but a young team of Jadran and Oradea can’t be considered underdogs.

Brescia, the semifinalist of the 2021 and 2022 Champions League, stands out as the main contender for 1st place in Group D in Athens. Mladost Zagreb and Panionios will probably battle for 2nd place. It’s hard to expect that ASC Duisburg and EVK Zaibas can reach Round 3.