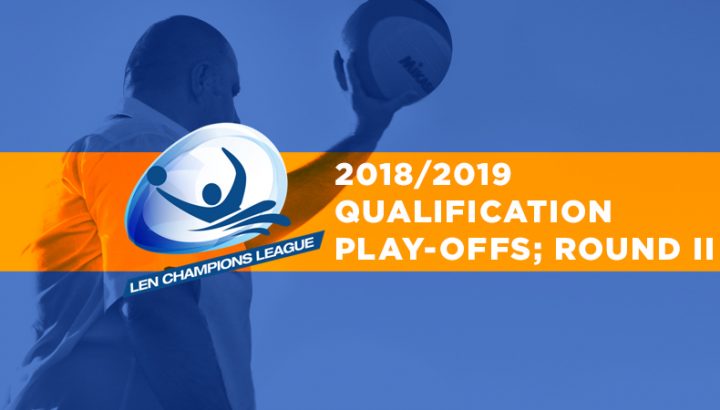 The respective draws for the Champions League qualification play-offs and the second round in the Euro Cup have been conducted in the LEN Office in Nyon.

In the Champions League, the four group-winners of Round II have been paired with the respective runners-up. Euro Cup title-holder Ferencvaros (HUN), eyeing to a return to the main round after 2001, needs to overcome Vouliagmeni (GRE) to reach the prelims. The Greeks saw off Sintez (RUS) and caused some headaches to host Jadran Herceg Novi (CRO) while clinching the second spot in the weekend – this duel shall decide whether three Hungarian sides will play in the main round (as it was usual in the previous years) or for the first time a second Greek club joins title-holder Olympiacos.

It’s going to be a Jadran v Jadran battle in Match B – the Adriatic derby will feature regular main round participant Herceg Novi (MNE) and the team from Split (CRO), here the Montenegrins are the favorites.

The two Italian sides seem to face a less demanding task to clear the last hurdle. Euro Cup runner-up BPM Busto (ITA) visits Strasbourg, while Brescia, 7th in the Final Eight last May, is to clash with Terrassa which anyway did a great job to oust fellow Spanish side Sabadell on Sunday.

In the Euro Cup two quite balanced groups have been formed, though the four group-winners from the opening phase – OSC (HUN), Marseille (FRA), Barcelona (ESP) and Primorac (MNE) – can be regarded the favorites to reach the quarter-finals. In the best eight, the four losing sides of the Champions League qualification play-offs will be drawn against the advancing teams.