Champions League, Qualification Round 02: Battles are heating up 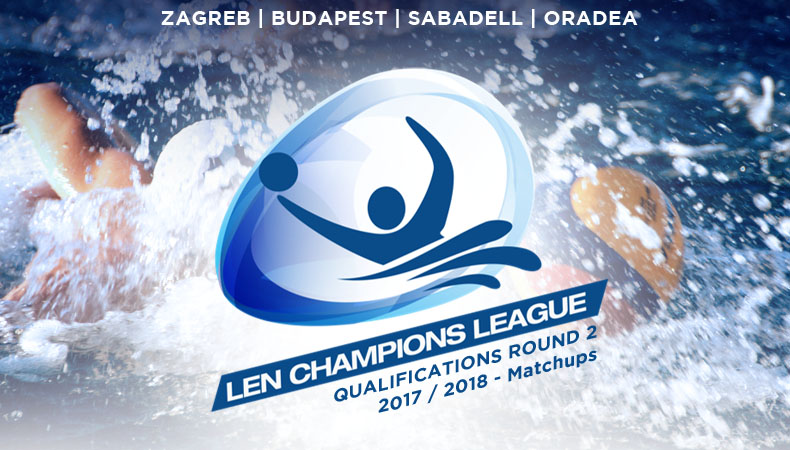 The second phase of the qualification process in the Champions League will surely bring heated battles since at least three sides are in the hunt for the two qualifying spots in each of the four groups.

In fact, in Zagreb in Group E all four teams seem to have almost equal chance to go through. Host Mladost (CRO) – seven-time winner of the cup in the past – is looking for another chance to make a hit on the European stage, though Duisburg (GER), Volgograd (RUS) and especially Herceg Novi (MNE) arrived to Croatia with the same goal. It’s a tough call to predict the two which can finish atop.

The top spot is also important (in the play-offs in the third round first placed teams will be paired with the second seeded ones): there are a couple of outstanding sides in the other groups, including regular participants of the Champions League preliminary round. One of them is OSC (HUN), playing at home in Budapest the Hungarians are the favourites. Marseille (FRA), Glyfada (GRE) and Canottieri (ITA) will surely have thrilling battles for the other berth in the play-off. The draw put a fifth team in this group, but in the meantime Eger was elevated to the main round by LEN after the late withdrawal of wild-card holder Olympique Nice (FRA).

Brescia (ITA) is the outstanding team in Group G, the Italians played in the Final Six in May and they are keen to repeat that performance. Though they face a fine challenge from host Sabadell (ESP) and Mornar Split (CRO), still, they will be the team to beat in this tournament.
Teams drawn o the other “death group” of the second round shall meet in Oradea. Host Romanians were part of the main round show a couple of years ago and made the Euro Cup final last season. Sintez (RUS) was also finalist two years ago (won in 2007), while Vouliagmeni (GRE) and Zvezda (SRB) had some glorious moments in the past and even though they can field somewhat less strong line-ups this time, they are forming sides which can cause serious headaches to any opponent on a given day.

Check out all match ups and game times, as well as latest results on LEN’s official website.