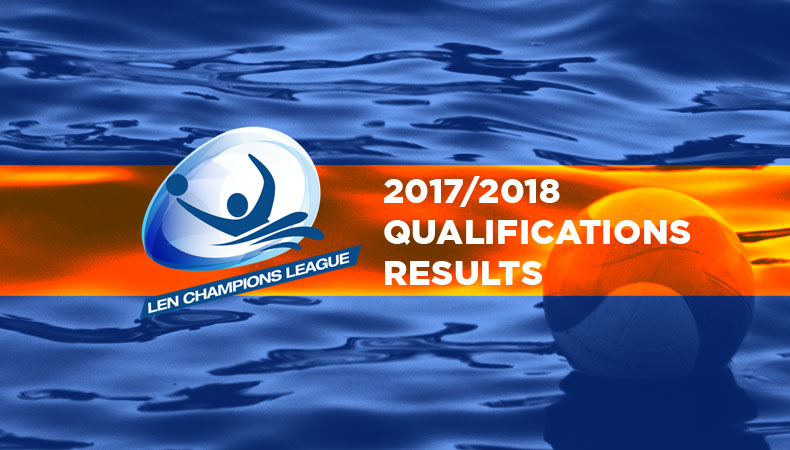 Sabadell joins the party for the first time

CN Sabadell has made the Champions League main round for the first time, doubling the number of Spanish participants in the world’s top water polo club competition. OSC Budapest (HUN) will return to the big stage, just as Brescia (ITA) and – after being absent in the last season – Jadran Herceg Novi (MNE).

Brescia held a five-goal lead in the first leg against Sintez (RUS) but the Russians climbed back in the dying minutes of that game narrowing the gap to two goals. This time the Italians gained a 0-5 lead early in the third period in Kazan, the hosts needed 17:10 minutes to open the scoring. Again, they began to come closer, trailed 4-6 before the last period, then netted two more to go even at 6-6, with 2:28 to go. Before the heat would have been turned on the Italians, they managed to halt their scoreless period, lasting 12:33 minutes, buried a double man-up for 6-7. Sintez made a last attempt in the remaining 1:51 minutes to save the match to the shootout but could score only twice and the second one came too late, 13 seconds before the end (8-7).

Jadran celebrates their comeback to the main stage

There were no fewer excitements in Herceg Novi. Though Jadran returned home with a single goal win, and the Montenegrins jumped to a 2-0 lead quickly, Marseille (FRA) responded with a brilliant spell, netting three goals in a span of 1:37 minutes to take the lead late in the second period (3-4). The French team’s Montenegrin goalie, Milos Scepanovic did a great job against the fellow home players but he couldn’t stop the last shot in the second quarter and the first in the third as Jadran retook the lead at 5-4. The visitors leveled the score twice but the Montenegrins went ahead again before the last break (7-6). It was crucial who scores first and Marko Petkovic netted a fine action goal for 8-6 with 4:51 remaining and that proved to be decisive. The French should have scored three times to force the penalties but could only hit one and with 48 seconds to go Djuro Radovic secured Jadran’s win and their berth in the main round (9-7).

Sabadell premiers in the main round after winning over Zvezda

Nothing has separated Sabadell (ESP) and Crvena Zvezda (SRB) in the first leg (6-6). In Spain, the Serbs took the lead three times but the hosts could equalize every time and with an extra-player goal they went ahead at 5-4, four seconds before the middle break. Soon in the third they were on the right track, netting two in 55 seconds gave them a 7-4 lead and the Serbs couldn’t recover from that shock. They pulled one back a bit later, but another Spanish double late in this period virtually decided the outcome as they went 9-5 up. Two 6 on 5 goals in 60 seconds brought the Serbs closer in the fourth (10-8) and there were still 3:18 minutes to play but the next hit came from the hosts and that sent them to the main round for the first time in their history (11-8).

OSC Budapest smoothly sails towards the main round

The encounter featuring OSC Budapest (HUN) and Spartak Volgograd (RUS) lacked the tensions since the Hungarians claimed a decisive 7-14 win in Russia on Saturday. This ensured a smooth match, the hosts played with ease and won each quarter to earn a 5-goal victory this time (12-7) – and their berth in the prelims for the third straight season.

The main round begins soon, next Wednesday, so the current winners dont’t have too much time for celebrating. As a consolation, The four losing sides in this round (Kazan, Volgograd, Zvezda, Marseille) can continue in the Euro Cup quarter-finals – the draw of those will be held on Friday in Ostia (ITA).