Champions League, Qualification, Round I – Summary 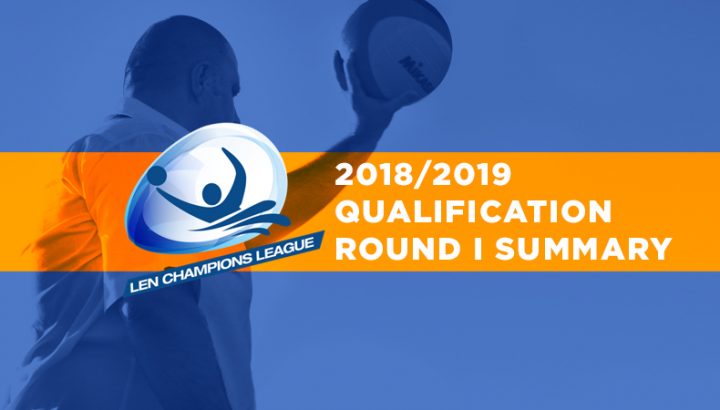 No hiccups happened in the opening phase of the Champions League qualifications, the two strongest sides passed the first tests with ease. Both Euro Cup runner-up BPM Sport Management (ITA) and regular CHL participant Jadran Carine (MNE) won each of their respective matches.

BPM Sport Management, runner-up in last season in the Euro Cup, won five out of five in Brasov (ROU) to finish atop in Group A. All victories were convincing, the narrowest margin was 4 goals. France’s Pays d’Aix Natation and the host side Corona Sportul are also through with ease, the only excitements came in the game-deciding on the fourth qualifying spot. Enka Istanbul (TUR) managed to edge out Dynamo Lviv (UKR) 9-8 to reach the second round.

Jadran Carine was almost all the way in the hunt for the Final Eight berth last season so going through from Group B was compulsory for the Montenegrins and they claimed wins in all four matches they played. Here also a French team, host Strasbourg came second, while Spain’s CN Terrassa secured the third place losing narrowly (8-10) both to Jadran and Strasbourg.

Last year’s wild card-holder Alphen (NED), facing some financial challenges, opted to take part in the qualification again and the Dutch managed to beat Valletta (NED) to make the next round.

The draw was already made and the two group winners are to have a tough task on the last weekend of September as Jadran will meet Vouliagmeni (GRE) and Kazan (RUS) while BPM faces two Spanish sides, Sabadell and Terrassa plus Germany’s Potsdam. Last year’s F8 participant Brescia (ITA) and 2017 and 2018 Euro Cup winner Ferencvaros (HUN) seems to have easier paths ahead.

Draw for Round II

Playing dates: 28-30 September. The top two ranked sides from each group will qualify for Round III.