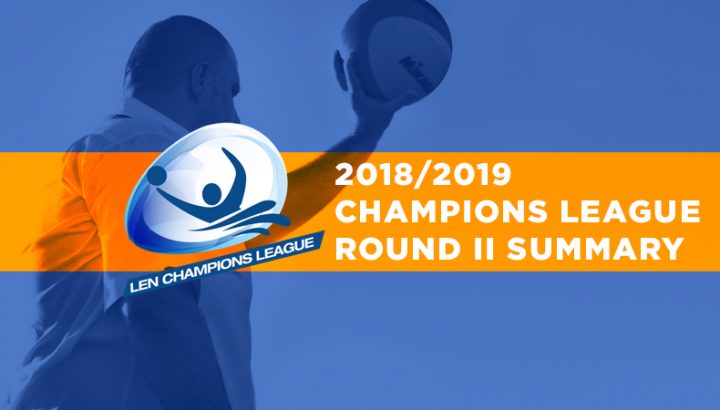 Three goals in the last three seconds in Sabadell

The favorite sides cleared all hurdles: Ferencvaros (HUN) and Brescia (ITA) advanced with ease, while Jadran (MNE) and BPM Sport Management (ITA) had to overcome some headaches before finishing atop. Terrassa stunned fellow Spanish side and last season main-rounder Sabadell, while Vouliagmeni (GRE) upended Sintez (RUS). Jadran Split (CRO) and Strasbourg (FRA) could qualify by beating the hosts of their respective groups.

Sabadell (ESP) witnessed the tensest encounters of the weekend as well as ‘visiting’ fellow Spanish side Terrassa clinching the second qualifying spot with back-to-back draws in Group D. The first one was a real thriller against the favorite Italians. Terrassa led 6-2 deep into the second period but BPM Sport Management came back to even in the third. Still, the Spaniards jumped to a three-goal lead once again in the fourth but with 1:31 to go it stood 11-12.

Then a brutal scene ended in a double 4min ejection and penalties at both ends – both were netted with 0:03 to go. The ball went back to Verona, they earned a man-up while trying to set up a direct 5m shot and Stefano Luongo scored his 5th of the match just beating the buzzer (so three goals were produced in the last three seconds, a truly unique feature).

Thus the Italians saved the game, which brought 37 major fouls, to a 13-13 tie and secured their top spot with a second win on Sunday. Previously, the all-Spanish fixture between Terrassa and Sabadell offered the same excitements. Terrassa led 3-6 in the third only to see the home side scoring four connecting goals and taking a 7-6 lead with 1:58 to go. An action goal 90sec from time put the hosts back to even and this second draw was enough to go through and leave no room for Sabadell to make the main round once more after last season.

Tensions also ran high in Herceg Novi (MNE) where Vouliagmeni (GRE) managed to win a tight match 10-8 against Sintez (RUS) on an opening day. On Saturday host Jadran was also entangled into a thriller with the Greeks who came back from 5-7 down in the fourth but the Montenegrins netted the winner 79 seconds from time for 8-7.

Sintez still had a chance provided they could beat Jadran by at least two goals on Day 3 but the home side managed to overcome the Russians with a three-goal rush in 67 seconds in the third which gave them an 8-3 lead. Then red cards began flying all over the place, Sintez even had to face a 4-min man-down after a brutal foul which irreversibly decided the outcome.

There were no hiccups for Brescia (ITA), F8 participant last season, and Ferencvaros (HUN), 2017 and 2018 Euro Cup winner. Both earned three big wins apiece and are set to march to the main round. In these two groups (E, F), the host sides couldn’t clinch the second spot – Oradea (ROU) crashed out against Strasbourg (FRA) as they lost the second half 1-5.

The other French side, Pays d’Aix (FRA) was close at home against Jadran Split (CRO) as they led 11-9 5:02 from time but the Croats staged a big surge, scored three goals in 2:27 seconds to win 11-12 and that earned them a berth in the qualification play-offs.

The draw for the third round will be conducted in the LEN Office in Nyon on Monday.