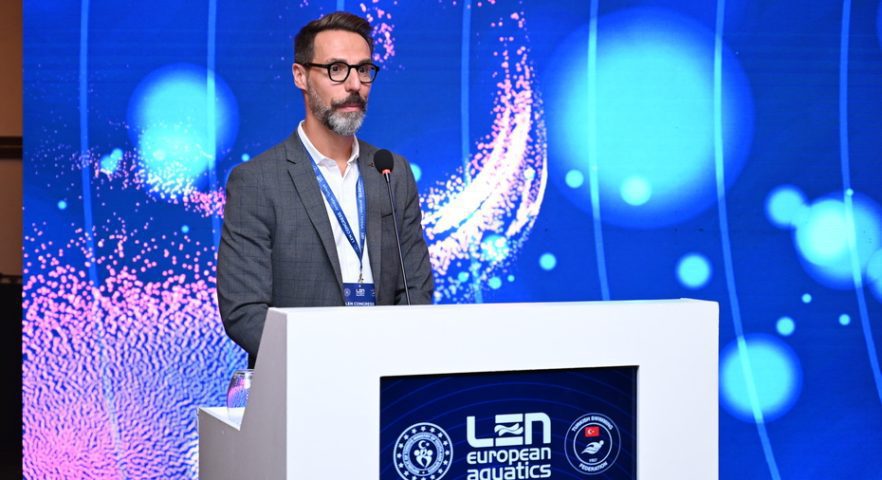 The LEN Congress was held in Antalya (Turkey) today. The most important decision is the appointment of a new LEN Office structure.

Patrice Coste is the new LEN Executive Director. Coste is an experienced Sports business industry professional with a proven history of broadcasting, project, and event management.

“After starting his career in Sports broadcasting, working on major different Sports events, Patrice joined UEFA in 2012 to be involved in the commercial implementation of broadcast and sponsorship operations in both Club and National Team Competitions and tournaments. Patrice graduated from the Executive Master in Sports Governance (MESGO) in 2018. He will begin working on 1 December”, LEN announced.

Apostolos Tsagkarakis, from Greece, will be the Sports Director responsible for Aquatics disciplines (excluding Water Polo).

Water polo sport will have a separate sector in the European Federation for aquatic sports.

The head of the new Water Polo division, starting from November 1, will be Renato Zivkovic (Croatia). Zivkovic was the Executive Director of the very successful European Water Polo Championships, held in Split in September, as well as of the 2010 Europea Championships in Zagreb. He has worked as the General Secretary of the Croatian Water Polo Federation. 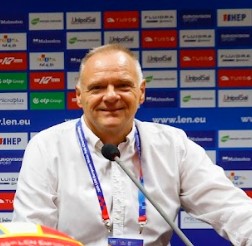 Zivkovic has been involved in water polo for decades. He was a player and coach. He has organized many international and national water polo events. He also has also held roles in ethics and anti-doping within Croatian sports. One additional staff member in the Water Polo division will be announced shortly.

It was also announced that, in addition to the recently appointed media and communications team headed by Nick Davies, LEN would set up two more specialist units to handle Marketing and Sponsorship.

“The LEN Office has been hampered by a lack of human resources so, following an extensive international search, we have identified highly experienced, talented individuals and agencies to help LEN to achieve its strategic objectives.”, LEN Treasurer Tomas Kucinskas said. (source LEN Press Release)

At today’s congress, it was announced that, by mutual consent, it had been agreed that Marco Birri, LEN’s Operational Manager, would be leaving the organization with immediate effect.

Birri spent 17 years with LEN. First, he was a Sports Manager for Water Polo, serving as Interim Executive Director before taking the role as Operations Manager.

“I would like to thank Marco for his long and dedicated service with LEN. His passion and dedication to European aquatics were always in evidence and, on behalf of LEN, I would like to wish him good luck with his future endeavours.” (source LEN Press Release)