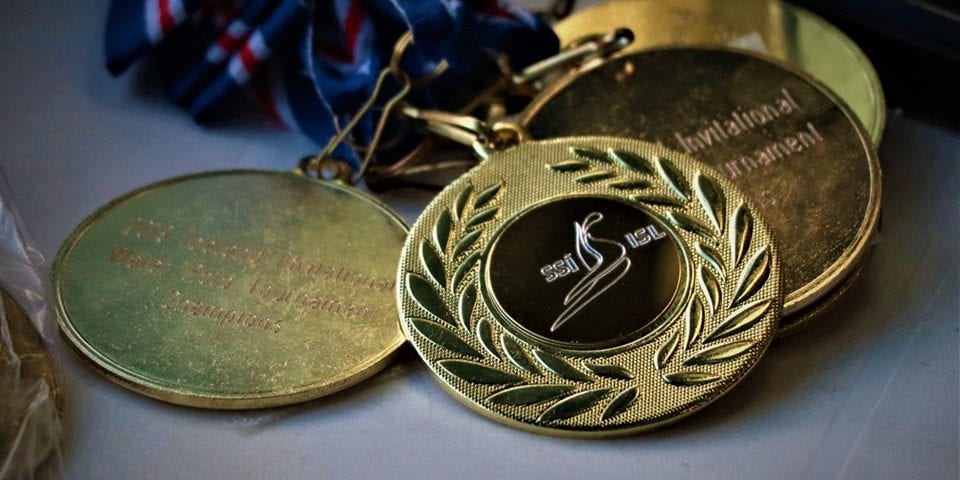 Iceland – the perfect location for a clash between water polo teams from the USA and Europe. Ten teams (Iceland, Sweden, Germany, Croatia and the USA) and more than 130 players met in Reykjavik to test their skills and enjoy true water polo passion and friendship. The Ármanns Water Polo club hosted the 4th addition of the SSI International Tournament in Reykjavik and along with their Icelandic rival, S.H. from Hafnarfjörður, provided great hospitality for all participants.

After three days of exciting group games in the Laugardalslaug pool, the Chicago Apostles met the Midwest Misfits in the grand final. The Misfits did their best in the final game, but couldn’t struggle above an 8-4 defeat. The Apostles proved to be the strongest team throughout the whole tournament and took the gold medals well deserved.

The Michigan Masters won the 5th place in a close match (5-4) against S.H. The 7th place match went to a penalty shootout drama. Pacific Storm (the most “experienced” team on the tournament 🙂 ) didn’t allow the Manatees1 an easy win, but the German team had more focus in the shootout. The Final score was 10-8 for Manatees1.

The biggest round of applause went to the Future stars of SPIF, a young mixed Swedish team who made their first international appearance. Even though they found themselves at the end of the competitive field, they had a lot of fun and a great learning experience which will help them in their future development.

Besides the tournament, all teams enjoyed the natural beauties of Iceland and made some long-lasting water polo friendships around the world. Surely, this tournament has a great future and we are looking forward to next year’s edition.

“Truly a world-class event. Your passion shines brightly and it makes all the difference. Felt like you welcomed each and every one of us into your “home” for the week. WILL BE BACK AGAIN!!” John Bayerl, Michigan Misfits team

Since there are only two water polo clubs on Iceland, the highlight of the tournament was the game for the Icelandic Championship between Ármanns and S.H. A Great match with a lot of twists and turns was decided after the brutality exclusion for an S.H. player at the end of the 3rd quarter. In the next 4 minutes, Ármanns made a decisive advantage and defended their throne as the Icelandic Champions. The trophy for the best player of the tournament went to Ármanns goalkeeper – Þorgeir Auðunn Karlsson.