CHL Qualifications, Round 3: All eyes are on Paris and Budapest 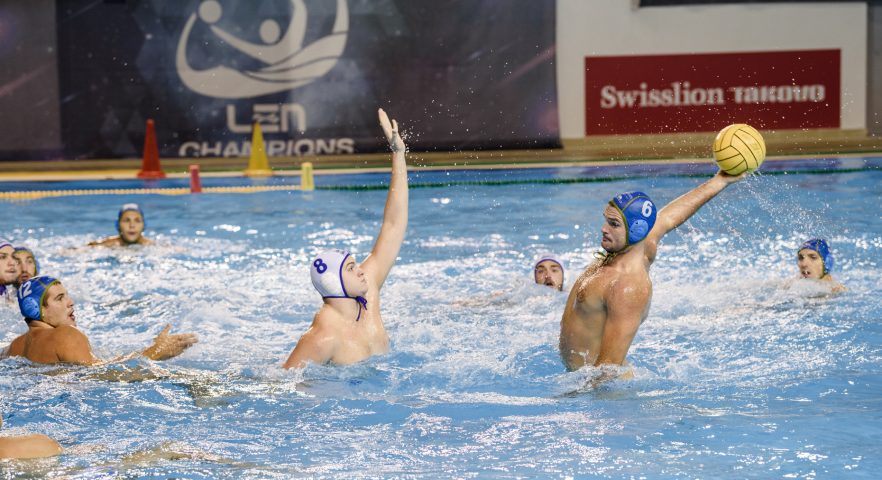 Eight clubs are just a step away from the Champions League Main Round.

The first leg of the Qualification Round 3 is tomorrow. The winners of the four duels will take the last tickets for the Preliminary Stage.

Hungary and Greece have two clubs in this qualification stage. Both countries have wild card holders, so there is a possibility that three clubs from one of these countries will play in the Main Round.

Almost all clubs that reached Round 3 have already played in the Champions League.

Only Noisy-le-Sec hasn’t participated in the CHL Main Round and has a chance to debut in the elite competition. The Parisians’ rival will be Greek Vouliagmeni. The Greek team hasn’t played in the CHL since 2013. This encounter is a clash between the second-best clubs in France and Greece and two Serbian coaches simultaneously. Stefan Ciric guides Noisy-le-Sec (the new official name of the club is Cercle 93). Legendary Vladimir Vujasinovic took over Vouliagmeni this summer. The two were colleagues in Partizan and the coaching staff of the national team of Serbia.

Noisy-le-Sec will be the host in the 1st leg.

Besides the game in Paris, it is difficult to predict the outcome of the match that will be played in the Komjadi swimming pool in Budapest, where Vasas will host Brescia.

Vasas, one of the most decorated clubs in the history of Hungarian water polo and the double European champion (1980 and 1985), was the semifinalist of the 2012 Champions League. Since then, the Budapest-based club hasn’t had many great results. Three years ago, it had to play in the relegation playoffs to keep a spot in the Hungarian First League. But, the club has started returning to the path of success and has high goals in all competitions. Still, Vasas will have a very high hurdle on its way to the Champions League Main Round. In the last several seasons, Brescia has been constantly in a circle of the top European clubs. The Italians played in the semifinals of the previous two editions of the Champions League. The team is even stronger than it was in the season 2021/22. So, Brescia’s ambition isn’t only to reach the Preliminary Stage but to play at the Final Eight for the third time in a row.

Both teams are the heavy favorites. Jadran Split will play against Romanian Oradea, which surprised many by advancing to Round 3. But, the Croats don’t underestimate Oradea, the finalist of the 2017 Euro Cup.

OSC Budapest’s rival will be Panionios, which didn’t play in LEN Cups for more than ten years. The Greeks played in the final of the 2011 LEN Euro Cup. After that, it passed through a period of crisis, and it was relegated to the Second Greek League twice. Panionios signed several excellent players this summer, but lack of international experience may be a significant disadvantage compared to OSC. However, the Hungarians don’t expect that they will have an easy task.

Both games in Budapest (Vasas – Brescia and OSC – Panionios) will start at 19:00. The game in Split is also scheduled for 7 PM. The match in Paris will start an hour earlier.

The return matches are scheduled for November 5.