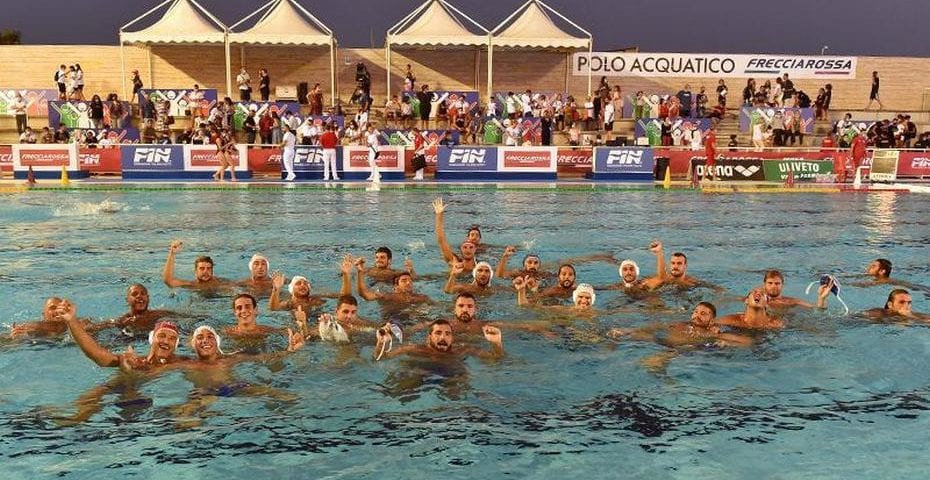 Two golden generations of the Italian national team have faced off today in Ostia near Rome. The Italian Swimming Federation organized a friendly encounter between the two teams of Italy, which won gold medals at the World Championships in Shanghai in 2011 and Gwangju in 2019.

Almost all of the players who clinched golds in 2011 and 2019 were present.

Three players won both Italians’ titles in the 21st century- Pietro Figlioli, Niccolo Figari, and Mateo Aicardi. Today, Figlioli and Figari played for the team Italy 2011, while Aicardi missed the match. He recovered from coronavirus, but he still isn’t ready for the matches. Besides Aicardi, two world champions didn’t play because of the injuries – Alex Giorgetti (2011) and Gonzalo Echenique (2019).

Two players who have not won the World Championships but have other medals with Italy (Andrea Fondelli and Nicholas Presciutti) and several candidates for current Italy’s roster (Canella, Marziali, Spione, Campopiano, Damonte, Bruni and De Michelis) also took part.

Alessandro Campagna was the head coach of both generations of the World Championships. Today, he was sitting on the bench of Italy 2011. The opposing team was led by Campagna’s assistant Amadeo Pomillo, who was part of the coaching staff in Shanghai and Gwangju.
Only one goal was scored in the first quarter. The younger generation led 1:0 after the first quarter. Di Fulvio scored an opening goal by converting a penalty shot in the 6th minute. But Italy 2011, managed to go in front by the middle break – 4:3. The third quarter belonged to Italy 2019, which entered the last eight minutes leading by a goal (7:6). Four and a half minutes before the final buzzer, the reigning world champions were still in front (10:8). Then, Christian Presciutti scored two goals for Italy 2011 and equalized the score – 10:10. Nicolo Figari converted a man-up with 71 seconds remaining on the clock for the final score – 11:10.
Of course, nobody is a loser in games such as this. Italy 2011, which had several retired players (Felugo, Perez) in the team, can be proud since it managed to beat the holders of the world crown.

To remind, at the World Championships 2019, Italy beat Spain convincingly (10:5) in the final, played on July 27. Nine years ago, Italy and Serbia faced off in the final of the WCH in Shanghai. After two extra time periods, the “Settebello” clinched the gold, with an 8:7 victory.