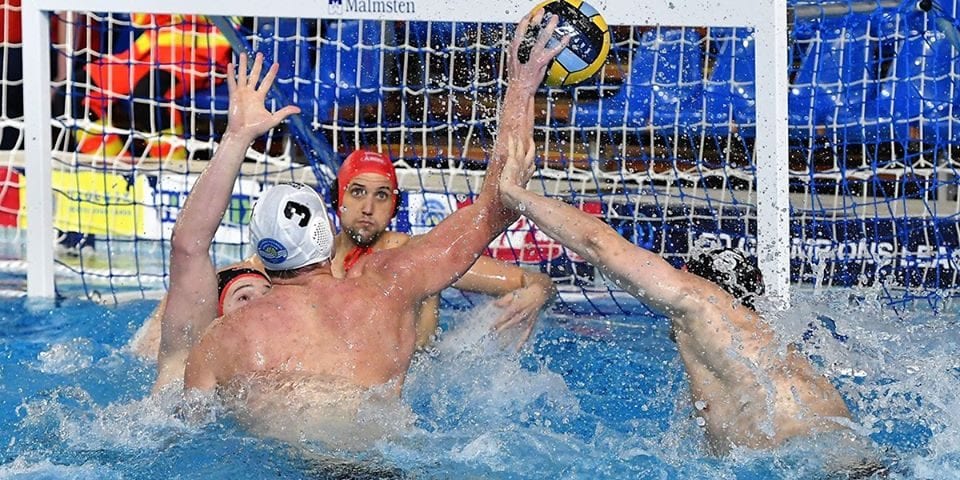 The Hungarian Water Polo Federation canceled the national leagues yesterday. There is still a possibility of playing the Hungarian Cup this summer.

The Hungarian clubs already started to prepare for the next season, and as well as for the Cup. Some of the clubs are bringing reinforcements, but some of them have a lot of trouble.

We have already written a lot about the situation in OSC Budapest. Last month, sponsor (a bridge company A Hid-Zrt.) left the club, but the quickly after that, a petrochemical company MOL became a new main sponsor. MOL’s condition for cooperation is that only Hungarians play for OSC. According to some rumors, everything has a political background. Allegedly, Hungarian president Viktor Orban has a big influence on the MOL company… Whatever is true, the facts are that OSC has a new coach – Daniel Varga (he replaced Lajos Vad who moved to Vasas). A player Kristof Varnai came to the club. As for foreigners, Andrija Prlainovic went to Marseille, while Slovak Lukas Seman joined Miskolc. Hungarian Gergo Kovacs will play for Szolnok. Other foreigners Branislav Mitrovic, Sava Randjelovic, Nemanja Ubovic (all Serbia), Drasko Brguljan, Aleksa Ukropina (both Montenegro) are still waiting for good offers.

Members of the Hungarian national team Krisztian Manhercz, Balasz Harai and Balasz Erdelyi will continue to play for OSC,

There is still no information about possible arrivals in and departures from Ferencvaros, the current Hungarian, and European champion.

Eger faces big financial troubles. The website vlv.hu published that Eger had become insolvent. This new situation is a consequence of the contracts concluded by the previous management and the lack of city support previously received by April 15th each year, the club announced. As a result, Eger has yesterday terminated all of its employees with extraordinary notice. The management and office employees of Eger will continue to do their administrative activities in social work. The clubs’ future is uncertain at this moment. Head coach Norbert Dabrowski already left the club, and he will start to work as BVSC’s director from July. Several players departed, while according to the latest news, Balint Lorincz will come from Miskolc.

A lot of changes in Szolnok and Miskolc

Three Serbian players Viktor Rasovic, Gavril Subotic, and Djordje Lazic (all three played at the 2019 World Championships) left Szolnok. The other two Serbs Dusko Pijetlovic and Radomir Drasovic stay in the club (their contracts will expire in 2021), as well as head coach Zivko Gocic, a former captain of Serbia, who has coached Szolnok since 2018. Besides the three Serbs, three Hungarians left the club: Kristof Varnai (went to OSC), Bence Batori, and Kristof Szatmari (both Vasas). Szolnok’s reinforcements are, as the club announced yesterday, Gergo Kovacs (OSC), Adam Nagy (Miskolc), and Akos Konarik (UVSE).

There have been a lot of changes in Miskolc. The club confirmed that it wouldn’t extend the contracts with foreign players: Ognjen Stojanovic, Milos Milicic (both Serbia), Sasa Misic, Dimitrije Krijestorac (both Montenegro) and Edoardo Manzi (Italy). Three Hungarians also left the club: Viktor Vadovics (Vasas), Balint Lorincz (Eger), and Adam Nagy (Szolnok).

Hungarian water polo legend Tibor Benedek, who coached UVSE until the last week, will not work in water polo anymore, as we already reported. He will be replaced by Balasz Vince, a former Hungarian Olympian, who won two Champions Leagues as a player (with Ujpesti Dosza in 1994 and with Serbian club Becej in 2000). He has worked as a coach since 2005. He led BVSC, Szeged, OSC, AVUS, and the Hungarian U15 national team. Just as Benedek, Balaz Vince played Ujpesti Dosza for years (Ujpesti ceased to exist in 2011, UVSE is Ujpesti’s successor).

AVUS, which was in the 13th place of the Hungarian League before the competition was canceled, is in crisis. Yesterday, the Szombathely-based club informed the Hungarian Water Polo Federation that it would not be able to play in the A1 League, and it would enter the Second League (B league) next season. The reason for AVUS’s decision is an economic crisis caused by the COVID-19 pandemic.

Vasas, which is supported by OSC’s former sponsor A Hid-Zrt, has big ambitions. Former OSC’s coach Lajos Vad will be seating on the bench. The team for the next season still hasn’t be composed, but as we mentioned above, a few players have come: Bence Batori and Kristof Szatmari (both from Szolnok), and Viktor Vadovics (Miskolc).