C.N Mataro opened their Spanish League campaign with a convincing 19-6 home victory over Barceloneta on Saturday.

In the opening game of the season at Piscina Joan Serra in Mataro, the newly promoted Barceloneta were taught some harsh realities about life in Spain’s top league against last season’s runners up. The game was virtually over even at half-time, with the score at 11-2.

Dani Ballart’s new-look side, which has been strengthened significantly over the summer with acquisitions such as Simone Van de Kraats,  Bella Markoch, Anna Timofeeva and Silvia Morell, have set the tone for a fresh title challenge. 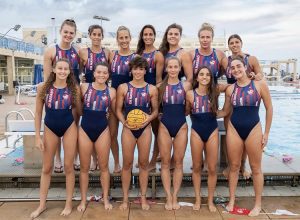 Barceloneta, on the other hand, were simply outclassed by their opponents, but still have reason to be excited for the rest of their season. They will feel they can bounce back with a win in their next fixture at home against Boadilla on Saturday.

Mataro’s next fixture, however,  is no doubt a tougher prospect away at C.N Cataluyna next weekend.