Coaches, players and management of Novi Beograd: Aleksandar Sapic is part of us, we are big and harmonious family 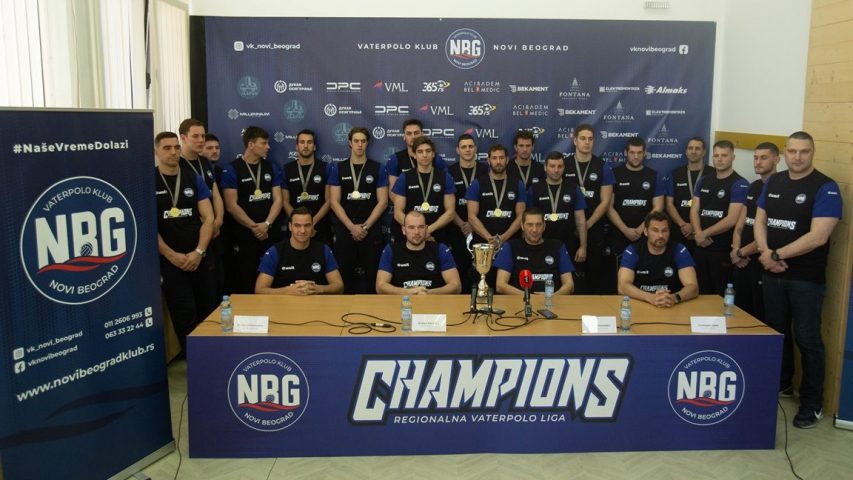 Last week, Serbian media revealed details about the meeting between the players of Novi Beograd and the club’s founder Aleksandar Sapic.

According to these reports, the meeting had turned into Sapic’s 20-minute monologue with lots of accusations in which sports and politics were mixed. The website Sport Klub and some other media wrote that Sapic had criticized the players for the results and their behavior during his pre-electoral campaign.

Today, Novi Beograd issued a press release with a statement, signed by the coaching staff, players, and management.

“Aleksandar Sapic is part of us, he founded this club and brought all of us to the club. There is no need for those who have done everything for years for VK Novi Beograd not to grow into what it is today – by far the strongest club in the region and one of the best in Europe – to defend us from him, with lies!

In this way, we want to protect the club from brutal media attacks by various interest groups and other malicious groups, which have nothing to do with sports. Obviously, the care for Serbian water polo is in the last place for them

Nobody has to defend our club from ourselves, and especially the people who had the most objections when this team was formed and when we announced that we wanted to return the Serbian club water polo to the very top of Europe. One part of the public opposed this and tried to stop the formation of this team, and at the same time stop the growth and development of our club, which has grown into one of the best water polo clubs in Europe, year by year, what we confirmed by winning the Regional League.

We want to stop lies and untruths that have been circulating in some media for days and tell all of them who have never done anything to help the Serbian club water polo and who did not mind while the Serbian league was one of the worst in Europe and who did not bother when we had no representatives in the Euro League and while the players had problems with payments and clubs owed money for symbolic salaries and when water polo was one of the least presented sports in media in our country, although it has been the most trophy-winning Serbian sport for decades, if none of that bothered them, they should leave us alone today, at least.

All of the above has changed since the Water Polo Club Novi Beograd appeared a couple of years ago.”

The signators of the statement underlined that the club had returned the best coaches to the country, that it had brought in the best European players, the players of the Serbian national team, and that it had done everything possible to ensure for the players and coaches appropriate conditions for work. They reminded that Novi Beograd had been awarded the organization of the Champions League FInal Eight.

They asked all “who did nothing to help, but they decided to stop Novi Beograd in the desire to return the Serbian club water polo to the European top not to obstruct by spreading lies in the media.”

“Don’t defend us from Aleksandar Sapic, the man without whom this club would not be what it is today, the man who founded it, led it from the bench for two seasons, and after that contributed the most to the return of most of our celebrated coaches and of our best players. And finally, he is the most deserving that the club today functions like the best European and world clubs.”

The coaches, players and management say they have never been more united and determined in the intention to continue to achieve great sports results and to make a club that will be the pride of our entire country.

“We are a big and harmonious family and we will not allow anyone to carry out their frustrations, failures, dissatisfaction, or personal confrontations over our club and we will do everything to protect it.

And to emphasize once again, Aleksandar Sapic is not only a part of our family but someone who gathered the family and that is why we are all very grateful to him for everything he has done and is doing for the club today. It would be great to have more such people in our sport because that would mean that Serbian sport should not worry about its future.

The coaching staff, players and management of the Water Polo Club  Novi Beograd”