Confirmed: Filipovic signs contract with Olympiacos; “The right club for my ambitions”

One of the best players in the world Filip Filipovic signed a two-year contract with Olympiacos.

Filipovic’s moving to Greece was one of the most popular topics in the rumors about the transfer market. A few weeks ago, Filipovic confirmed that he was in talks with the Piraeus-based club and that he would decide after the end of the season. Today, Olympiacos officially announced that Filipovic had joined the best Greek club.

Serbia’s captain is arriving in Greece after a one-season spent in Hungarian Szolnok. He won the LEN Euro Cup and the Hungarian championship playing for Szolnok.

Filipovic: This is the right club for my further goals

“I am extremely satisfied with this season. There was no better way to end it. Since I finished the season in Hungary in the way I wanted, it’s time for new challenges. I think that Olympiacos is the right club for my further sports goals, and there are many more. Having in mind the composition of the team and the way I was welcomed in Athens, I believe that this is the beginning of another great chapter in my career “, Filipovic said in his official statement for media. 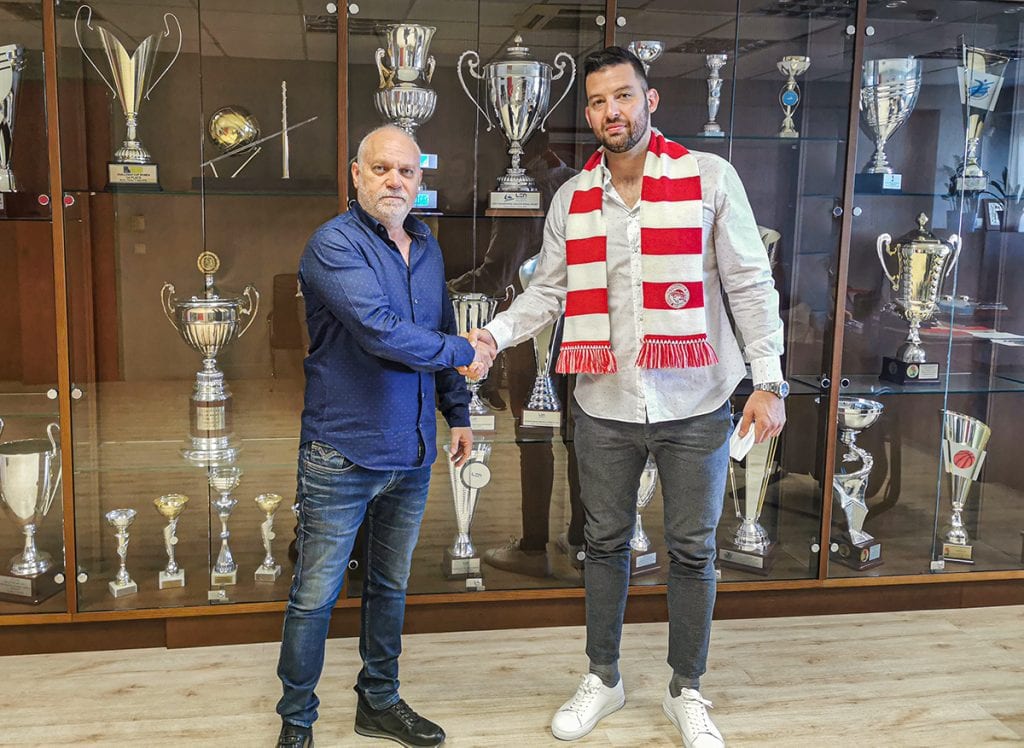 Filipovic is Olympiacos’ second addition for the next season. Montenegrin Djuro Radovic (who is a left-handed goal-getter, as well as Filipovic) signed a contract with the Greek champion last week. Croats Marko Bijac and Andro Buslje are also very close to moving to Olympiacos.

This season, three Serbian players were members of Szolnok. All three left the club – Dusko Pijetlovic and Radomir Drasovic join Novi Beograd.  It is still uncertain whether Zivko Gocic, the head coach of Solnok since 2018, will stay at the club. Gocic was the captain of Serbia before Filipovic.